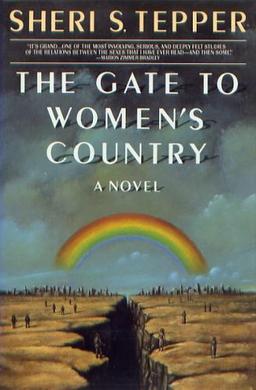 There’s been a lot of election talk in the air lately (here in Canada we’ll have our federal election on the 19th of October) and that’s led me to thinking about politics in general, and politics in genre fiction in particular. Without having gathered any statistics, just on a gut feeling, it seems to me that politics plays a stronger or more obvious role in genre writing than it does in non-genre writing.

Unless we’re writing thrillers or mysteries, when we create our worlds, we can’t just take the background of the real world for granted, as non-genre writers can. Even if our focus is family drama or interspecies romance, we have to create the socio-political framework for our novels along with everything else – this is part of the “world building” that so many panels at so many conventions address.

I know this to my cost, as my editor at DAW, Sheila Gilbert, is always asking me for details that I just take for granted. I always thought that when I say “king” everyone else just fills in the socio-political blanks, and I can get on with my story without having to figure out where the food and the saddled horses came from.

That turns out not to be the case. 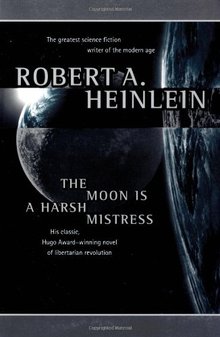 Maybe it’s more obvious in spy thrillers, but think how often our plots hinge on some kind of political problem. The characters are driven by their social or political circumstances to rebel against a regime, to invade another country, to repel an invasion, or to put down an insurrection. If there are supernatural creatures, or non-humans with powers, or humans with powers, for that matter, questions of class, status, bigotry, and prejudice arise and, more often than not, form important plot points.

Like Jonathan Swift’s Gulliver’s Travels, some books appear to be written at least in part to highlight, illustrate, or expose, some cultural or political situation in the real world. Robert Heinlein’s writing (particularly Between Planets, Citizen of the Galaxy and, later, The Moon is a Harsh Mistress) was probably what got me thinking politically as a young person. I think it’s reasonable to say that everything Heinlein ever wrote is shot through with politics, not only in the sense that a work often presented his own position on how things should be, but in view of his stated opinion that politics was “only slightly less important than breathing.”

And the politics have never stopped. We’ve got Sherri S. Tepper writing books like The Gate to Women’s Country and Raising the Stones. Esther Friesner, who’s probably better known for her more light-hearted work, wrote the brilliant The Psalms of Herod and its sequel, The Sword of Mary. Even more recently there’s Suzanne Collins’ Hunger Games trilogy – not to mention the politics in Harry Potter. No work of Joe Abercrombie or Naomi Novik could exist without their unique political infrastructures. 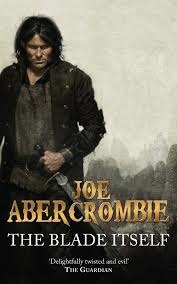 And that was all without mentioning the classic dystopias that were, back in the day, the only SF novels we could read in literature classes (Brave New World, 1984, A Clockwork Orange, etc. for those of you not old enough to remember). Dystopia isn’t limited to F&SF (Lord of the Flies, anyone?) but we get more than our share precisely because SF in particular is a genre that lends itself to examining political situations and circumstances, as the classic SF premise “if this goes on . . .” clearly illustrates.

So maybe,, our genres have always been a little bit like laboratories, where we set up experiments, and then sit back and watch what happens. We can examine, explore, even test our own human circumstances by having them play out in new – often extreme — worlds and situations.

You know, while we’re telling a story.

I do like that Heinlein quote. We developed our big human brains because living with each other was so complex, and we’re social creatures who need to live with each other one way or another. The moment you’re working out how to be in community with someone beyond your own family unit, bingo, you’re engaging in politics.

That’s why it’s so perplexing to me when I hear someone talk about wanting stories with no politics in them. That does put a hard limit on cast size and range of possible relationships among the dramatis personae.

And then, story runs on conflict. No conflict, no story. The moment you have a conflict that’s among sentient beings who don’t define themselves as kin, you’ve got politics.

Okay, politics or theology. I was defining my range of sentient beings too narrowly, assuming only corporeal beings. But deities often have political effects, whether they seek to or not.

Point remains: a story with broad scope will almost inescapably have a political dimension.

My love of reading really comes from Fantasy and later Sci-Fi. Although I read books because of school, I didn’t become obsessed with reading until I read the original Dragonlance Trilogy. Later in college and after, I read more literary writing rather than genre writing.

I’ve switched back to reading more genre writing now than literary fiction in part because I grew tired of reading stories where the writing is really focused on the subtext instead of the story. And the story just drags on with little going on.

I still read some literary fiction, where the story is strong. I’m a big fan of Carolyn Chute. Her stories are focused on poor, rural Mainers (talk about a demographic that is invisible!). Clearly, she is addressing politics in her stories (she and her illiterate husband at one time organized the 2nd Maine Militia), yet the stories she writes are interesting and are not just a means to explore the subtext.

You could say the same thing about a genre writer, even a pulp writer. Let’s take Robert E. Howard. His Conan tales are full of adventure, and yet you can identify a political theme underlying them regarding barbarism and civilization. But that thrilling adventure does not take a backseat to the subtext.

I think the message is so close to the theme that it can’t be removed sometimes. Perhaps it is hit and miss. Gate to Women’s Country was a fantastic novel, but it did make me angry in parts. I’d recommend highly recommend it because of the gender politics. Heinlein, Pournelle, Ringo, and others are equally heavy on the message in their fiction but perhaps it works because I align with them. Tepper I do not align with but sometimes a writer can pull it off like she did. That is the trouble with heavy message fiction, it can be repelling too. I’ve often thought that someone like Heinlein couldn’t get published in the average publishing house anymore. I think that is true. There are too many gatekeepers who would be too sensitive to his message. I think Suzanne Collins is an amazing exception to the rule. Perhaps her brutal overlording dictatorship is generic enough to identify with multiple groups.