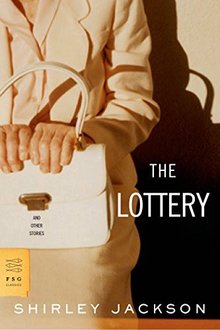 The phrase “when I win the lottery” seems to be used in two distinct ways. The first and, I hope, the most common usage, has the same “ain’t gonna happen” meaning as “when pigs fly,” and connotes a certain sense of realism on the part of the speaker. The second, and I think sadder, usage stands for a certain lack of foresight. It’s been said, for example, that a sizable percentage of people include winning the lottery as an element in their retirement plans.

In our house the phrase also stands for any unlikely event beyond our control that we would nevertheless welcome. Like “when they finally come up with a retina chip that will fix my right eye,” or, “when the Dhulyn and Parno novels are optioned for TV.”

The lottery as a phenomenon is now so pervasive that it’s almost impossible not to think about lotteries and winning/losing them. The concept has formed the basis of a wide variety of movie and TV plots – mostly on the negative aspects of winning, but I think that’s meant to comfort those of us who, well, lost.

How are lotteries treated in Fantasy and SF writing? I don’t mean games of chance as such, though that gives us magnificent stories like “Gonna Roll the Bones” from Fritz Leiber. Nor do I mean criminal activities like numbers running, or even straightforward betting, whether on or off track or line. No, I mean actual lotteries. You get your ticket, and you wait your chance. 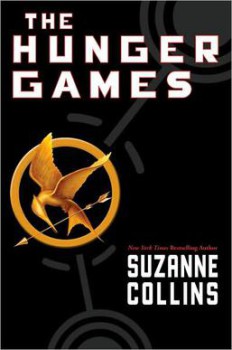 Very seldom is a lottery just going on in the background of people’s lives, like the Powerball does in the US, or the Irish Sweepstakes, or El Gordo in Spain. The only exception that comes to mind is Larry Niven’s birth rate lottery in his Known Space series.

The population of the earth is being strictly and rigidly controlled. Certain people are banned from having children at all (criminals, bad genes, etc.) certain people are allowed to have as many children as they’d like (geniuses, etc.) and the rest of the “normal” people can join the lottery.

A certain number are chosen every year, and those people are allowed to reproduce. Those who aren’t able to have children on earth are welcome to immigrate to other planets, of course.

As I said, this lottery runs in the background of the series of stories and novels that make up Niven’s Tales of Known Space universe, but they become more prominent in the Ringworld series. The protagonist, Louis Wu, is the child of a genius who didn’t need to participate in the lottery.

With him in the original adventure, however, is a human companion, who is actually the result of a manipulation of the lottery, by some powerful and long-lived aliens, to create the universe’s luckiest person. Of course this experiment doesn’t turn out the way they expected. Go figure. 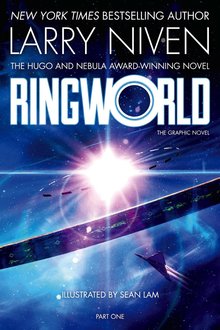 Probably the most well-known lottery at the moment, however, is found in The Hunger Games. The Games themselves are more of a gladiatorial contest than a lottery in the usual connotation of the word, but you do have to win – or lose – a lottery to participate in them.

It’s also been said that getting your first book accepted and published is like winning the lottery, and in the sense that there’s always a bit of luck involved, perhaps that’s true. However, that luck has to come at the end of a very long road of hard work, and there’s no lottery that will replace that.

So, let’s wish each other luck, and get back to work.

Violette Malan is the author of the Dhulyn and Parno series of sword and sorcery adventures, now out in omnibus collections, as well as the Mirror Lands series of primary world fantasies. As VM Escalada, she is writing the upcoming Halls of Law series. Visit her website:www.violettemalan.com.

I’d have to re-read it again, but ‘The Lottery’ makes me think of Robert McCammon’s short story, ‘He’ll Come Knocking.’ Knocking is a variation on the lottery theme, but it’s a pretty cool twist. Great Halloween story.

It was included in his short story collection, Blue World (which has good stuff).

I know that the majority of lottery winners end up bankrupt and miserable. Many say that it is a curse. Despite all that, I’m willing to win millions and take that chance.

I forgot to mention that I am a teacher and the class reads “The Lottery” coupled with “On the Rainy River” by Tim O’Brien. There are great discussions on the lottery but I think adding excerpts from “Ring World” and “Hunger Games” should be included next time we read this. The discussions are good but quite a few kids have read “Hunger Games” and I’d love for them to read “Ringworld”. I think your selection might be more useful to them. Very few of my students know what the draft is and sometimes it becomes more of a history lesson. These selections might make the concept clearer. Thank you.

@ Bob: I hadn’t heard of that collection, Bob. Thanks for bringing it to my attention.

@ Wild: I know that we’re certainly told the majority of winners end up bankrupt, etc. but are there any actual figures on this? Or is it just what we’re told?
Re Hunger Games and Ringworld, glad I could help. I agree that more people should read Ringworld.