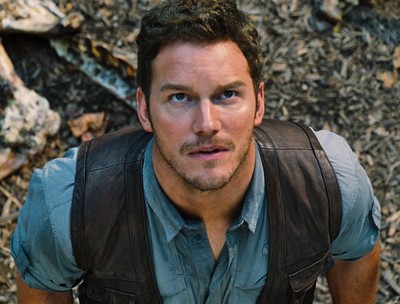 The internet is abuzz with rumors that director Steven Spielberg is considering Guardians of the Galaxy star Chris Pratt as his next Indiana Jones.

Deadline broke the news last month that Spielberg was interested in Pratt for the Indiana Jones reboot currently in development at Disney; yesterday Deadline expanded on the story, and it was quickly picked up by Forbes, People, io9, and other media sites.

Officially, there is no comment from the famed director, other than to confirm that there is still no script and the project is still in a very early stage. Based on Pratt’s recent popularity — and that fact that he was reportedly Spielberg’s first choice for the hunter role in Jurassic World, the newest installment in the Jurassic Park franchise from Universal coming in June — he seems a logical enough choice, however.

In addition to Jurassic World, Pratt is also scheduled to appear in the upcoming Image comic adaption Cowboy, Ninja, Viking from Universal. He’s also reportedly in talks to join Denzel Washington in a remake of The Magnificent Seven from MGM.

I wasn’t even aware there was a planned reboot of Indiana Jones (or a The Magnificent Seven remake, while we’re on the topic.) After having seen what Pratt accomplished in The Lego Movie and Guardians though, I’m on board. I think he’d make an excellent choice — particularly if Spielberg directs.

I’m leery of the idea of a reboot of Indiana Jones, but if they do it I can’t think of a better choice to play the title role.

I’m for any Indiana jones that takes place back in the WWII era. I liked the 4th movie more than most but I just don’t think the series works as well set during the cold war

I’m far less skeptical of Pratt than I am of Spielberg at this point (and don’t even get me started on Lucas). I could definitely see Pratt playing Indie, possibly Emma Stone playing Marion.

I don’t have a problem with Chris Pratt. I’m not entirely comfortable with the word “reboot” in this context — can’t they just make Yet Another Previously Untold Indiana Jones Adventure rather than trying to overwrite what has gone before?

(i.e. I’d rather see something more like the changing of actors in Bond films rather than what they did in Spider-Man where they went back and said, “Nope, those previous films don’t exist; here’s the official story.”

Wait, i assumed he was making a movie with an original story set earlier in Indy’s life.

Good point! Why “reboot”? The Bond films are a good example. They feel like old school episodic TV: the order that the movies came out may not be the sequential order in the Bond world.

I’m hoping that their use of the term “reboot” is imprecise in this case.

I can really see Pratt as Indy too. Not sure, before now, there was another actor I could confidently say that about — but considering how he played the role in Guardians, it strikes me that he’d be a brilliant choice.

A remake of Magnificent Seven, eh? One of my favorite westerns — I hope they get it right. If they do, that’d be great: it’s been, god, how long since a good mainstream Hollywood western?