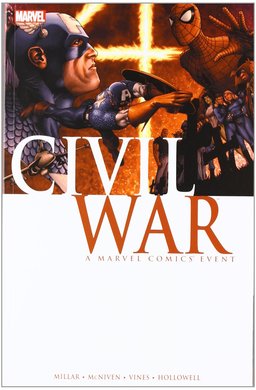 When unidentified hackers released a host of embarrassing Sony Pictures internal e-mails last year, one of the things they revealed was that Sony, who owns the film rights to Spider-Man, had unsuccessfully negotiated with Marvel Studios, producers of Iron Man, Captain America, and The Avengers, on a possible Spider-Man/Avengers crossover. Just the possibility was tantalizing to Marvel fans, even if it looked like it hadn’t amounted to anything.

Now Marvel and Sony have announced that the crossover will occur after all. Both studios have confirmed that Spider-Man will first appear in a Marvel film, followed by a Spider-Man film to be released on July 28, 2017. While exact details have not been released, speculation is rampant that the likeliest candidate for the first project is the third Captain America film, Captain America: Civil War, based on the best-selling storyline that prominently featured Spider-Man, Iron Man, and Cap in its comic book incarnation back in 2006.

The announcement is bad news for fans of the Mark Webb-Andrew Garfield incarnation of Spider-Man, however, as BuzzFeed has confirmed that Garfield will not be reprising the role of Spider-Man. That’s unfortunate, as I thought he did a fine job.

The announcement clearly took some major behind-the-scenes effort, as it has shuffled the release dates for Marvel Studios major projects, pushing back almost all of their upcoming films to make room for Sony Pictures’ third Spider-Man picture. The release date for Thor: Ragnarok has been moved from July 28, 2017, to Nov. 3, 2017; Black Panther has been re-scheduled for July 6, 2018, Captain Marvel to Nov. 2, 2018, and Inhumans to July 12, 2019. The three announced Avengers films, Avengers Age of Ulton and Infinity War Part 1 and Part 2, are still scheduled to open on May 1, 2015, May 4, 2018, and May 3, 2019, respectively. Sony Pictures is also moving forward with their previous plans for Spider-Man spin-off films featuring the Sinister Six and Venom, although those release dates will likely be impacted as well.