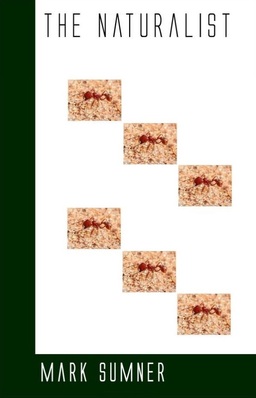 Mark Sumner is one of the most popular writers we’ve ever published. When his short story “Leather Doll” appeared in Black Gate 7, The Internet Review of Science Fiction called it “an absolutely riveting story, certainly a Best-Of caliber work, and I am retroactively adding it to my Best-Of 2004 list… I do not usually open Black Gate expecting to find masterpieces of contemporary science fiction, but I think this gem may be exactly that!”

But it was his next contribution to the magazine that really made an impact: a complete novel published in three standalone installments in BG 10, BG 11, and BG 13. The tale of a botanist/scientist who discovers a highly advanced and aggressive colony of predatory ant-riding insects in Central America, and his desperate struggles to survive and warn the nearly human communities, was widely acclaimed when it first appeared. In his 2010 short fiction summary Rich Horton summarized the final installment as follows:

My favorite story this year was the third and last in Mark Sumner’s series The Naturalist, this episode called “St. George and the Antriders.” In an alternate 19th Century Central America, naturalist Mr. Brown and the resourceful landowner Miss Marlowe lead a band of refugees back to the capital city where they find the corrupt governorship of the territory as menacing as the antriders. The series as a whole is novel length, and while each individual story stands well enough alone they make a sufficiently unified whole that I could see The Naturalist as a book…

I wasn’t at all surprised to find that Mark has in fact assembled the pieces into a complete novel, published this month by Word Posse. I’m delighted to see three of the strongest and most popular stories we published in Black Gate finally made available in one volume. If you remember the original stories, you’re sure to want a permanent edition. And if you don’t, then you definitely want to check out the one-volume edition of The Naturalist.

Not every European experiment in the New World ended in success. Companies failed. Expeditions were lost. Whole colonies vanished.

“In the distance, I could hear men shouting, and heard two pistols fired in quick succession, but from my seated position, I could not see past the trembling grass heads. I got to one knee, and started to search along the road for my companions, but before I could spot them, a situation much nearer to hand caught my attention — the liquid was surging closer.

And it wasn’t liquid. It was a boiling mass of insects…”

Amateur naturalist Calvin Brown dreams of the day he can pay off his debt and finally claim the land his parents have left him. Land that should provide him with enough income to live, if not in luxury, then at least in comfort. But when disaster strikes an outlying town, Brown discovers that sometimes, thoughtless destruction of the rainforest might have unforeseen circumstances. Circumstances that will have Brown, and everyone he knows, fighting desperately for their very survival.

Sometimes, you don’t want to wake up what slumbers in the deep jungle. Not if you want to live.

In a Nov 9 post at the Daily Kos, “My First Novel in 15 Years,” Mark explores a little bit of the genesis of the novel:

I begged my way into a sci-fi convention… and even got an hour on the schedule for a “reading.” Thing was, I didn’t really have anything with me to read. The only thing in my pocket was a decrepit Palm Pilot (remember those?) with a few scraps and left overs from stories I never finished.

To my surprise, the room was nearly packed when it came time for my reading. Stunned, I stumbled to the stage, apologized for being unprepared, and began to trot out these old bits and pieces. It was only about fifteen minutes into this awkward program that I realized the truth – no one was there to hear me. They were all just getting a good seat in advance of the NYT bestselling author due in the room next…

99.9% of the audience spent the time looking at their watches. Fortunately for me, there was one guy who was paying attention. That guy turned out to be John O’Neill, one of the founders of New Epoch Press and Black Gate Magazine. John was kind enough to not only come up to speak to me afterwards, but also to encourage me to finish some of these fragments. Eventually, one of them became the sci-fi story Leather Doll which appeared in Black Gate in 2004. The other story, the one with the 19th century naturalist, appeared as a series of novelettes spread over three issues of the magazine. It was an extraordinary number of pages to hand to a mid-list author on the wane, and I was hugely grateful to John and the rest of the Black Gate team for giving me that room.

In the process of going from short story to serialized novel, what would eventually become The Naturalist would grow to 100,000 words, get chopped back to around 60,000 and then spread out again to a comfortable length somewhere in the middle. The end result was something I was pretty happy with – an action-adventure novel set in 19th century Central America where the main character fights off the enemy without ever really wielding any weapon but his wits.

Even so, my long neglected agent took one look at the manuscript and said “what is this?” Historical action-adventural travel story with a pro-nature slant and some unusual ants. “There is no such genre,” she replied.

So the book sat into a drawer until a couple of friends decided to start their own small publishing start-up for “freaking awesome books at great prices.”  And so, The Naturalist finally appeared, all in one nifty volume.

I remember those stories well. The opening movement was in the first issue of BG I ever read. It wasn’t until Miss Marlowe appeared onstage that the series won me over completely, but I ended up rereading them all after the third installment appeared. Good stuff. And now to go research Word Posse…

Great story/serial. Really enjoyed that one.

> I remember those stories well. The opening movement was in the first issue of BG I ever read.

Glad Mark was part of your first impression of Black Gate.

Let me know what you find out!

> Great story/serial. Really enjoyed that one.

Glad you enjoyed it. I was delighted with the strong response from readers, and wished we’d had more opportunities to do similar serials. We certainly had the room to do them in Black Gate, and they brought readers back issue after issue. Alas, it was not to be…

> Yes, those were really great stories. For those who haven’t read them, I highly recommend them.