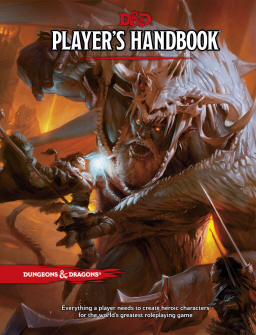 In June of 2008, Wizards of the Coast launched the 4th Edition of Dungeons & Dragons with considerable fanfare. While there was a lot of initial interest — and solid early sales — it never truly caught on.

Personally, I enjoyed lot of the supplemental material, like the updated Dark Sun setting and the excellent Shadowfell boxed set, but by 2011 I noticed new releases had slowed to a trickle. Eventually, they stopped entirely.

This was bad news for RPG fans. When sales of the world’s most popular role playing game collapse scarcely three years after the launch of a new edition, the entire industry suffers. Was this the end of the most famous game franchise in the adventure game hobby?

Fortunately, it was not. Wizards of the Coast made a major commitment to re-launch D&D, and in January 2012 it announced what was then known as D&D Next. The game had a few name changes over the next two years (it was Fifth Edition for a while, until WotC eventually settled on just Dungeons & Dragons), but for much of that time WotC maintained an open beta on the rules and kept players involved and informed.

It paid off. The buzz surrounding the game has been building nicely. On Tuesday of this week, the first of the three core volumes, the highly anticipated Dungeons & Dragons Player’s Handbook, finally shipped (click on the image at left to see it in its high-res glory). And according to io9, it was the number one selling book — of any kind — at Amazon on the day of its release.

We’ve published several advance reports here, including early reviews from Jon Sprunk and Scott Taylor, and more are forthcoming. Much has been made in the early press around the fact that the core rules are contained in barely 25 pages, making it the most streamlined version of D&D in history. 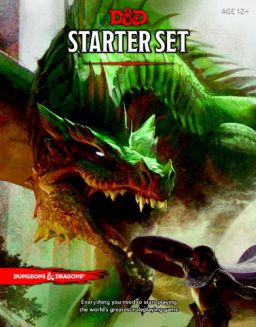 To really assess the new edition of Gygax and Arneson’s masterpiece will take some months. For one thing, I don’t have a copy yet — and Amazon is out of stock. Also, the remaining two core rulebooks — the Monster Manual and Dungeon Master’s Guide — are not yet available. But they will be soon.

The adventure gaming hobby needs Dungeons and Dragons to be a hit, and it looks like it will be. My guess is there are a lot of businesses in our hobby breathing a little easier this week.

The Monster Manual is due September 30, and the Dungeon Master’s Guide on November 18, 2014

The Dungeons & Dragons Player’s Handbook was written by the Wizards RPG Team and published by Wizards of the Coast on August 19, 2014. It is 320 pages in hardcover with full color interiors, priced at $49.95. I’m not sure who the cover artist is (does anyone know?), but I quite like the cover.

I got my copy and started reading it last night.

Haven’t got mine yet, but figure there’s no rush since I no longer live near any fellow gamers (yes, I’m that secluded … ugh).

However, I’m optimistic after what I’ve seen online and from what I’ve heard from some folks who worked on the creation.

This really seems like the edition that is going to make everyone happy. It cuts down a lot of the annoying parts from 3.5.

For example in 3.5 dnd each weapon has a critical hit threat range ( like 18-20). If you roll that range you have to roll again to see if you critical.

In 5th edition there is no critical threat range and you just critical hit if you roll a 20.

I haven’t finished the book yet but I hope to see more changes that will streamline combat.

I was just flipping through it in the store, but was very pleased to see a “recommended reading” list at the back that was based on Gygax’s.

> Haven’t got mine yet, but figure there’s no rush since I no longer live near any fellow gamers

I know what you mean. Several of my old gaming friends have had positive experiences with remote online gaming, getting together to play via Skype or some other mechanism. Haven’t tried it myself, but I’m tempted.

That certainly seems a lot simpler! And I’m all for simplicity.

> I was just flipping through it in the store, but was very pleased to see a “recommended reading” list at the back that was based on Gygax’s.

Ah! It may be worth buying just for that. We’ve written a great deal about Gygax’s Appendix N here at Black Gate… I’m very interested in seeing the more modern version!

I didn’t go through it in detail, at least not yet. It looked like at least 75% Gygax (I think they kept all of his original recommended authors?) plus new additions; I was very pleased that Saladin Ahmed’s Throne of the Crescent Moon was the first listing.

I like that they kept most of Gary’s original list. I would say most people who will play this version of dnd and are under the age of 30 would have ever heard of authors like Leigh Brackett

something else i noticed about this book is that there are a lot of references to the Dragonlance campaign setting.

Dragonlance was almost completely forgotten about after 3.5.

I hope this means they plan on releasing more setting material. If i had to guess i would say they are just going to reboot the setting, instead of picking up where they left off.

I have to question whether the whole industry suffered — did word of this suffering reach Paizo? The Old School market?

In any event, I am really digging 5e so far, based on Basic, the Starter Set, and what I’ve read in the PH so far. (The former two I’ve played, the latter just reading.)

The cover illustrator was Tyler Jacobson.