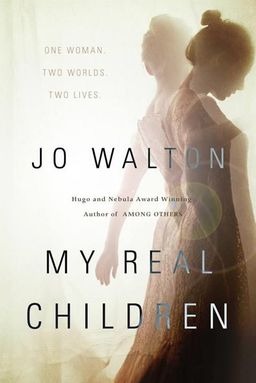 A while ago, I was reminded of Jo Walton’s post on the “Suck Fairy.”

You should look at the whole post yourself, here, but let me give you a quick recap: when you reread something you once loved, that had a significant impact on you, you sometimes find that it has deteriorated considerably from what you recall.

Don’t worry, says Walton, it’s not you, it’s just that the book has been visited by the Suck Fairy, who has endowed it with… well, you get the idea.

This is an experience we’ve all had, I’m sure, but being reminded of it started me thinking about why we reread books in the first place, and, if we do, what books do we re-read?

Of course, the Suck Fairy can only affect beloved books which haven’t been revisited in some time, though they may have been read and reread often in the past. For example, I read LOTR at least fourteen times between the ages of eleven and twenty-one, but I haven’t reread it in its entirety since. I’m not afraid of the Suck Fairy – I’ve written papers on LOTR, and if that doesn’t bring on the Suck Fairy, nothing will – I’ve just been a bit busy.

No, I’m talking about books you might reread or re-visit maybe only once, maybe twice, as well as those you might regularly reread. I reread the novels of Jane Austen every year or so, for example, and the Sherlock Holmes Canon every two or three years.

There are a few books I reread every now and then because they’re perfect – like a perfect game in baseball. Not a single character who hasn’t something interesting to do, or who doesn’t need to be there. 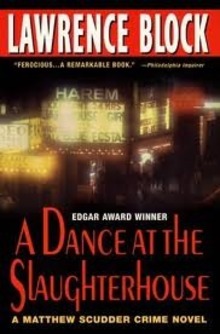 Nothing happens that shouldn’t or couldn’t happen, everything arises beautifully and naturally out of what came before. Nothing’s missing and I can’t even find a word out of place or an infelicitous phrase.

What are they? One’s a mystery novel, Lawrence Block’s A Dance at the Slaughterhouse. The other is Gene Wolfe’s Knight. I know that there are others, but these are the two that surface at the moment. And there’s always Roger Zelazny’s Nine Princes in Amber.

So, why do people reread? I know why I do, but what about other people? I asked around some of my friends – most of whom, you won’t be surprised to learn, are voluminous readers – and I asked them, first, if they reread books, and second, why they reread.

Everyone I spoke to said they did reread to some extent, and almost everyone added that they didn’t as much as they used to. This was put down in part to not having anywhere near as much time as they did in their younger days, and in part to there simply being so many more books of the type we like available to us now.

So, I asked, given that we all have a pretty hefty TBR pile, why reread?

The writers among my respondents naturally had writerly reasons. Some cited the “perfect book” phenomenon I noted above – we all want to know how they did it, and maybe rereading will tell us. Some (myself among them) cited instances where another writer had done something, say, weaving in a thread involving a minor character, particularly well. When we wanted to do something like it ourselves, we reread the book in question for research and inspiration. 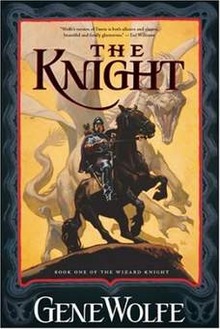 Most of my writer friends also said they could only reread books that were multilayered, that brought something new, or something unnoticed, to the table on being reread. Two people mentioned rereading simply for the beauty of the language – the number one reason that most people reread Shakespeare.

Only one of my sources mentioned rereading a terribly written book, in order to find out what had gone wrong, and how to avoid it. This is actually not a bad idea, if you’re able to do it.

Most of my non-writer sources talked about story. What drew them back to a book, sometimes more than once, was the pleasure of watching, or re-watching, the story unfold; it would be the characters, and how they dealt with the problems presented to them, how they overcame obstacles, that brought my friends back to these books. Obviously, it some cases, it was because the characters, or their problems, resonated, for one reason or another.

I was surprised that no one mentioned one of my particular reasons for rereading: sometimes, I’m just too tired to take on something new. For me, rereading these particular books are like putting on slippers after a day of wearing heels.

Finally, there are some books you can’t bear to reread, no matter how perfect, because the emotional toll of reading them in the first place was too great. Again, I’ve got a couple of novels on this list, but what always comes to mind first is Ray Bradbury’s short story “Gotcha.” Not going to reread that one, no sir.

I should go back and reread The Knight (and most everything else Wolfe wrote). Part of it that sticks with me – and I wonder if this isn’t something that is richer in my own head than it is in the book – is a recurring scene where the boy explains to someone that he isn’t a man at all, but a boy trapped in a man’s body. Every single time they look at him and say, “I know exactly what you mean.” In my mind, at least, it perfectly captures a big part of growing up.

I remember that scene, and I think you’ll find it much the same. Although, Walton does talk about an instance where a perfectly remembered, detailed scene turned out to be only one or two lines.

I’ve never worn heels, but I do love my slippers in the winter. I’m also in the “don’t reread as much as I used to” camp; when I do, mostly I think it’s a comfort thing, especially when I’m revisiting, say, LotR or A Princess of Mars.

(I’m also fortunate in that so far, at least, the Suck Fairy has kept his? her? its? wand off of most of my books. Saturday morning TV shows of my childhood, on the other hand? An entirely different story …)

Joe, I agree re the Saturday morning cartoons, except maybe Bullwinkle. I find the suck fairy also waves her/his/its wand over movies.