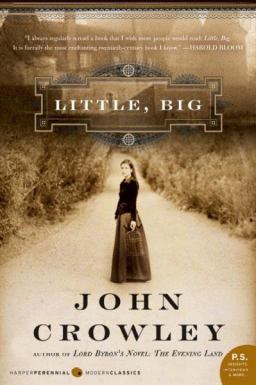 One of the great pleasures of adulthood is stumbling onto those unexpected moments when the world reveals that it still has secrets to impart. John Crowley’s novel Little, Big provokes in me exactly that response.

Those who have read the book fall into two distinct categories. The first group raises baffled eyebrows and perhaps does not even make it through Book One; when this group sat down to order, this is clearly not the meal they expected or wanted. The second group adores Little, Big, and can barely speak coherently about it for fear of needing to sit down suddenly or perhaps burst into a gully-washer of hand-wringing tears. I belong to the latter crowd and what I love best about Little, Big (1981) is that I have only the most limited understanding of why the book affects me as it does.

Let’s face it, I read books now as a writer, which means I am in the business of unpacking the techniques and hidden machinery of every tome I plunder — sorry, not plunder: read. I really meant to say “read.” Plunder is for pirates.

My point remains: the better the book, the more I want to plumb its mysteries, vivisect its wildly beating heart, and fully behold what makes it tick.

With Little, Big, I remain largely in the dark. In the dark, and in tears.

I have Black Gate to thank for introducing me to Little, Big. First there was “Bad Habits,” a posting from Matthew David Surridge, and then came John O’Neill’s posting of Locus Online’s list of the Ten Best Fantasy Novels of the 20th Century. Locus places Little, Big at number nine, between Harry Potter and the Philosopher’s Stone and Watership Down (Richard Adams). 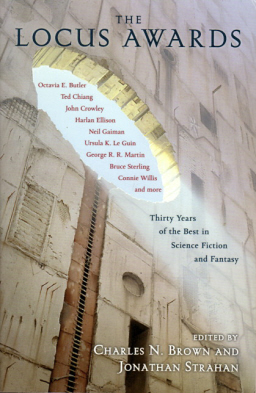 The great god Serendipity had its all-pervading eye on me when those posts came out, both in late 2012. At the very same time, I had set out to track down a story (one I first read twenty-five years ago) about a commune in which all the inhabitants are blind. As it turns out, that was “The Persistence Of Vision,” a John Varley (not Crowley) story, and a gripping, challenging Locus Award Winner. Contained within the same omnibus, The Locus Awards: Thirty Years of the Best in Science Fiction and Fantasy, I discovered John Crowley’s “Gone.” Great story. The day after I finished, I grabbed a copy of Little, Big from the library stacks, and settled in to…

“The further in you go, the bigger it gets.” That’s a Crowley-penned quote describing Edgewater, the sprawling, multi-faceted estate in which so much of Little, Big‘s action takes place. It’s also the novel’s modus operandi. Little, Big strews plotlines and metaphors in its wake, and it’s easy to get dizzy. If there’s another book I’ve encountered in my adult life that calls louder to be re-read, and which reveals an even richer experience on doing so, I cannot imagine what it is. 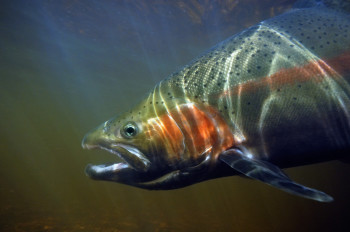 If you’re in search of a novel with a clear arc, definable stakes, and a comforting clarity, Little, Big should maybe wait a while. But if the notion that all the characters in a novel are in thrall to a plan just beyond their grasp resonates for you, and if you don’t mind fairies that will simply never come into focus or reveal themselves properly, and if prose like this tickles your fancy and your curiosity:

And suppose he cannot now remember why it happened: only supposes, dreaming, that it did.

What was it he did to hurt you so?

Was it only that the Tale required some go-between, some maquereau, and he came close enough to be seized?

Why can’t I remember my sin?

But Grandfather Trout is deep asleep now, for he could not suppose any of this if he were not. All shutters are shut before his open eyes, the water is all around and far away. Grandfather Trout dreams that he’s gone fishing.

Well. Then perhaps this is your cup of tea, after all. 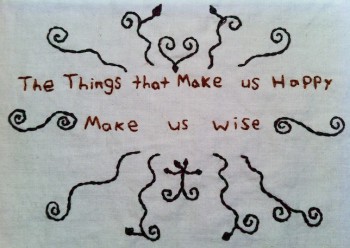 What I can promise is magic aplenty, though of the most ordinary kind. I guarantee also fountainous celebrations of prose, for Crowley is a master who breaks every rule, only to rise on poet’s wings from his own syntactical ashes.

I further predict confusion, disappointment, and elation—terms and emotions I generally reserve for actual human interactions. But that’s the thing, you see: this book is fully human, undeniably peopled with the living (including that trout I referenced). Crowley’s people, from lost Smoky Barnable to hubristic Ariel Hawksquill, are passionately, undeniably real. Flaws and all, I love them dearly, each and every one.

What other book can manage this when opened by sober, middle-aged readers such as myself, readers who know the tricks authors play? A reader who has, let’s face it, read enough to realize that all the best stories were encountered long ago? One who surely should know better than to expect that words — a mere book! — can move the careworn heart?

…he had grown increasingly certain (not because it was sensible or even possible) that once on a summer afternoon having entered through the screen door into Edgewood, he had never again left: that the various doors by which he had afterwards seemed to go out had only led to further parts of the house… 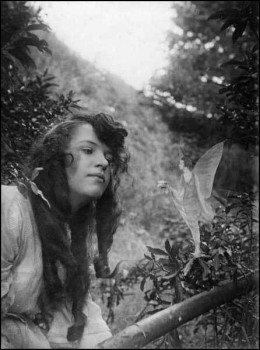 That’s how I feel exactly, as a reader. Having entered these fictional woods, I cannot back out. I can only go deeper, beating back the bracken, flushing out the meanings, teasing out Mr. Crowley’s dream-woven intent.

Critic Harold Bloom said, “I always regularly reread a book that I wish more people would read: Little, Big. It is literally the most enchanting twentieth-century book I know.” Said Ursula K. LeGuin (aka Starbear): “This book is indescribable: a splendid madness, or a delightful sanity, or both. Persons who enter this book are advised that they will leave it in a different size than when they came in.” “The greatest fantasy ever written by an American,” gushed Washington Post Book World.

Go on now; they’re waiting. Grandfather Trout, Daily Alice, George Mouse, and all the rest. They’re waiting for you to fulfill your part of the bargain, your portion of the Tale.

Only a quite small thing, really.

Then I have done my job. I hope you enjoy it as much as I have!

I read Little, Big just a year or two ago. I felt as if, all the way through, it had been teaching me how to read it. The shiver of pure awe that I got in its last pages, as I realized what was happening, was so different from what I get from the usual cookie-cutter genre fantasy cliches as to be from a different dimension altogether.

emcgargle – Exactly. And how often, after childhood, does a book produce a sense of genuine awe? (I was about to say “unfiltered awe,” but I think that’s implied in the whole idea of AWE.)

Thanks for weighing in. We fans must spread the good word.

I’ve been saving this one for the moment when my kids are old enough for my brain to have recovered from the sleep deprivation of their babyhoods. I think that moment is likely to come this year. Crowley, Peake, Avram Davidson, so many wonderfully odd writers I’ll get to immerse myself in.

Sarah – Probably a wise move. Having been through those years and popped out the other side, I’m cheering you on.

In a little bit of serendipity, I was packing up some books in my office the day after I read this post, and came across my copy of Little, Big (the same edition you have pictured). Is something telling me it’s time for a re-read?

Nick, it does sound as if the Great God Serendipity has a Little Sister or Brother, and you received a visitation.

As Mike Scott and the Waterboys would put it, “Further up, further in!”

[…] was forced to re-examine John Crowley. (Mark Rigney did a brilliant analysis of Little, Big for us here, if you somehow missed […]

Clearly written about my family, which explains why it makes me cry.