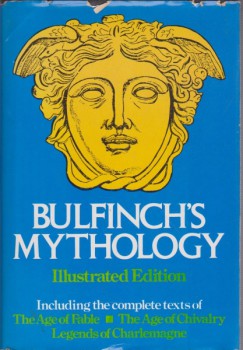 One of the things that I frequently blather about is that, when I was growing up in the 1970s, “fantasy,” as it’s understood today didn’t really exist, at least not as a mainstream, popular genre.

Don’t get me wrong: the ’70s were a decade of fantasy par excellence, especially literary fantasy, from reprintings of earlier works, such as the Lancer Books Conan series (begun in 1966) and the Ballantine Adult Fantasy series (begun in 1969), to the Tolkien imitators, like Terry Brooks’s The Sword of Shannara (1977) and Stephen R. Donaldson’s Lord Foul’s Bane (1977) – not to mention Tolkien’s own The Silmarillion (1977 once again!) – to modern classics like Fritz Leiber’s Our Lady of Darkness (guess what year?). The ’70s also saw fantasy rise to prominence in other media, like comic books, where Roy Thomas’s Savage Sword of Conan cultivated an entire generation of artists, and movies, where special effects artists continued to acquire the skills and technology to bring fantasy to life on the silver screen. And, of course, the decade also saw the appearance and flourishing of fantasy roleplaying games, beginning with Dungeons & Dragons in 1974.

Despite these strides, spearheaded by the faddish popularity of D&D and its imitators, I’d argue that fantasy didn’t really come into its own as a pop cultural phenomenon until much later. Consequently, when I first encountered Dungeons & Dragons very late in 1979, I had almost no direct experience of what we’d nowadays call fantasy. Indeed, I wouldn’t read a word of The Lord of the Rings or the tales of Conan until after I’d begun rolling polyhedral dice. For that matter, I don’t think I’d even heard of J.R.R. Tolkien or Robert E. Howard until I encountered both their names in the pages of the J. Eric Holmes-edited D&D rulebook that was my introduction to the game. The same goes for Lovecraft, come to think of it, and most of the other authors whom we typically regard as the “founders” of fantasy. In that respect, my youth is very different than that of 21st century fantasy aficionados, almost all of whom I’d bet didn’t make it to the age of 10 without at least being familiar with the characters and ideas these authors birthed.

However, this isn’t to say I had no experience with fantasy before I discovered Dungeons & Dragons, only that my introduction to it was of a different sort, one I expect I shared with many kids of my generation.

As a young man, I was obsessed with mythology, particularly Greco-Roman and Norse, but, in truth, I loved it all. Looking back, it almost seems as if, from the moment I could read, I was poring over books that retold the labors of Heracles and Perseus or the adventures of Thor and Loki. One birthday, I received an illustrated edition of Bulfinch’s Mythology, which collected all three of the 19th century authors works (The Age of Fable, The Age of Chivalry, and The Legends of Charlemagne) under one cover. I read that book over and over again, so much so that I can still recall certain passages from it and the accompanying artwork. I still have my old copy and consider it one of my cherished possessions, after so many decades. I was also given a copy of Edith Hamilton’s Mythology and devoured that as well, though, for me, Thomas Bulfinch’s work will always remain “The Book.” 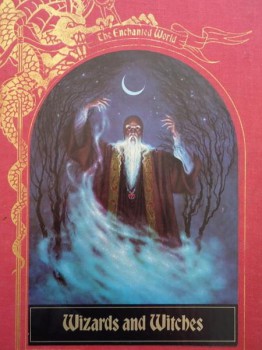 I think what most endeared Bulfinch’s Mythology to me was its breadth. Its first two parts discussed not only Greco-Roman myths but also Norse, Hindu, and Egyptian, in addition to including discussions of monsters like the cockatrice and the salamander. Later parts retold the stories of King Arthur and his Knights of the Round Table and those of Emperor Charles the Great and his Paladins. There was so much diversity in Bulfinch that it gave me for a very catholic appreciation for “fantasy.” By the time I encountered D&D and, through it, the literature that had inspired its creators, I had already been well-prepared by The Book. I had no trouble making sense of the game’s conception of dwarves and elves, because they were straight out of Norse legend (by way of Tolkien, perhaps), just as I instinctively understood the heroism necessary to go off “on an adventure.” After all, that’s what Arthur’s knights and Charlemagne’s paladins were doing all the time!

Even after I had expanded my literary horizons to include Tolkien and Lovecraft and Merritt and the whole slew of Appendix N authors, I retained my love for real-world myth and legend. In fact, I’d probably say that, to this day, my understanding of “fantasy” remains strongly rooted in such conceptions (another way I suspect I’m rather different than my younger peers). When I started high school, Time Life Books produced a series of volumes called The Enchanted World. Back in those days, Time Life were well known for their subscription book series, like The Old West and Great Ages of Man. Attractive though they all looked – Time Life’s volumes were always gorgeously illustrated – I never pestered my parents to subscribe to them, until The Enchanted World series came out, that is.

There were 21 volumes of The Enchanted World in total; I only ever acquired half of them, before I let my subscription lapse, since they were expensive and the later volumes didn’t hold my attention as much as the early ones did. Those early ones, like Wizards and Witches, were terrific. Not only were all the stories rooted in real-world myth and legend, but they were often from cultures and times with which I had little acquaintance. They were, to my teenaged self, what Bulfinch’s Mythology had been to my childhood self – an invaluable introduction to monsters, magic, and mystery. They were a vehicle that transported me into other worlds and for that I am forever grateful.

I wouldn’t call Lord Foul’s Bane a Tolkien imitation. It makes conscious references to LOTR, but for the purpose of literary subversion, not imitation. Donaldson’s worldview is vastly different than Tolkien’s.

Nice article! I grew up in the 70s, and I remember it as a “golden age” of fantasy–and sword & sorcery. Every department store I went into had fantasy novels on the shelves–Piers Anthony, Stephen R. Donaldson, Tolkien (of course), Lin Carter, John Norman (the much-maligned GOR series), Edgar Rice Burroughs, tons and tons of Conan books–a lot of them written or finished by Carter, DeCamp, and other writers, and what seems like thousands of DAW books with those yellow spines. Gene Wolfe’s Books of the New Sun were on the shelves; Zelazny’s Amber Chronicles; Tanith Lee’s Wars of Vis and Flat Earth books; so many DAW fantasy books you couldn’t count them all. And sword-and-sorcery knock-offs were a huge part of the fantasy market–everybody trying to create the latest Conan. Fritz Leiber’s Lankhmar books never really went out of print during this time; Carter’s THE YEAR’S BEST FANTASY series were everywhere, running from ’75 to ’88 and Carter’s FLASHING SWORDS! series ran from ’73 to
81. And of course comics and “comic magazines” offered a glut of illustrated fantasy, from EERIE’s sword-and-sorcery era to SAVAGE SWORD OF CONAN and HEAVY METAL magazines. Oh, yes, the 70s was indeed a time when fantasy was HUGE.

Oh, Bulfinch! I remember that big blue cover well. I think my parents gave me my copy at about the same time, and roughly the same age, as when you got yours. I’d already cut my teeth on D’Aulaire’s Greek Myths and Norse Myths books, which I’m reading to my 6 year old these days.

I don’t remember the Charlemagne third of the book very well, except that it was probably the bridge to Howard Pyle’s Arthurian books, which were utterly foundational for me.

Good call Sarah! I was going to mention the D’Aulaire books as well. As far as I can remember, they were one of my few introductions to fantasy until I started playing D&D. Like Mr. Maliszewski I had never heard of Tolkien, Howard, or Lovecraft until being introduced to them in the pages of D&D books.

I can remember some cartoon influences, like certain episodes of The Superfriends, Thundarr the Barbarian, etc. before knowing about D&D.

I’m surprised that Maliszewski did not mention another fantasy great from 1977: Star Wars!!!! I think most of us in the know see Lucas’ masterpiece as more a work of fantasy with sci-fi tropes as opposed to being a straight-up sci-fi movie.

Never read Bulfinch but I read the D’Aulaire books obsessively. I believe 1977 was also the year of the Rankin-Bass animated Hobbit, which was my introduction to Tolkien. I had been reading fantasy before that, though — Lloyd Alexander’s Prydain books in particular. Trying to remember if I encountered Narnia before or after Middle-Earth.

I love the D’aulaires’ Norse book (in fact I finally bought a copy the other day and wrote about it http://swordssorcery.blogspot.com/2013/12/the-northern-thing-and-me.html). Books of myths and legends formed as much a part of my mental fantastic landscape as Tolkien’s and Le Guin’s stories did.

[…] many of my elders in the hobby, I wasn’t a wargamer (either miniatures or hex-and-chit) and I wasn’t all that well read in the fantasy literature that inspired D&D. I was most definitely a Johnny-come-lately, loath though I would have been to admit it. In fact, it […]

[…] & Dragons only after I’d started playing the game. I was already familiar with certain works of fantasy, all of which played a role in preparing me for the hobby of roleplaying. However, writers like […]

[…] stuff, whether it was Christmas toys or Fudge Stripe cookies. Although I knew of the álfar from reading Bulfinch, I didn’t really think of them as “elves,” a term I reserved almost exclusively […]