So, I saw that SFWA (the Science Fiction and Fantasy Writers of America) is raising their qualifying payrate from 5 cents/word to 6 cents/word. This rate is part of SFWA’s formula for determining whether a market or an individual sale is a professional sale for the purposes of qualifying for SFWA membership. With some other minor details, a writer can qualify for full SFWA membership with three professional short fiction sales, or the sale of one novel at professional pay.

The last time SFWA raised its qualifying rate was nine years ago, when social media was less developed than now, and I’ve already seen some reactions about what this will mean for magazines that qualify right now at 5 cents/word. Short fiction economics being what they are, a few magazines will be at a decision point. Do they incur the costs of raising their pay rates and remaining SFWA-qualifying markets, or do they remain at 5 cents/word and possibly lose out on that part of the author population that is looking for SFWA membership? Many magazines are volunteer-run operations (bless them!) and/or are running losses, and/or are making ends meet with grants and kickstarter campaigns. Publishing is not a business you go into to make money. Hayden Trenholm, publisher of Bundoran Press, often tosses out the old saw that the way to make a small fortune in publishing is to start with a big fortune.

Writers (and publishers) are human beings. They pour their hearts into acts of creation in defiance of odds and common sense (once again, bless them, and me, who participates in the insanity of creation against all advice just as much as anyone else). We all ache for acceptance and recognition of our art, and SFWA is powerful professional recognition. Someone is saying “You are good, we welcome you to our group.” Heady stuff for any artist, although that’s not exactly the wording on the acceptance note. Whether or not you subscribe to the whole professional association thing, our reactions as artists are very much human. 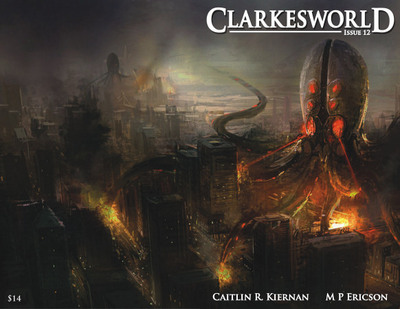 It goes without saying that there are people who qualify for membership and people who have not yet done so. Does this decision by SFWA make it harder to qualify?

Maybe. It depends. If all the markets that are currently SFWA-qualified raise their rates by a penny a word (this is not easy), the net impact on those trying to qualify for SFWA is zero. It’s neither harder nor easier to get in. Except, they, like the members of SFWA, will on average be paid more for their art.

The qualifying rate of pay has not increased in nine years. This is a call for a hike in the minimum wage. Nothing more, nothing less. Like any minimum wage hike, it hits those paying the wages. SFWA is asserting that its members deserve to be paid a certain minimum for their work.

The other important point is that the markets that currently pay 5 cents a word are not obliged to increase their pay rates. There are more than a few who already pay more anyway (Lightspeed, Clarkesworld, Tor.com, Asimov, Analog, F&SF, etc). 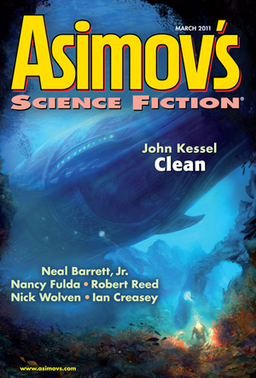 If, for a magazine, it does not make financial sense to raise the rate, and if they can continue to get excellent stories for 5 cents a word, do they need the label of SFWA-qualified?

On Spec is an excellent Canadian magazine that pays between 3-4 cents/word. It is reviewed in Locus and discussed by Dozois and Hartwell & Kramer in their Year’s Best. On Spec seems to have no trouble attracting submissions, and they are not a SFWA qualifying market. So, being a SFWA-qualifying market is not an impediment to putting compelling and original fiction into the world.

And some of the options open to magazines are interesting. Lightspeed, Clarkesworld, BCS and the Escape Artists family are a case study of innovation as online magazines, including their forays into audio. They’ve cut new paths for our genre and changed the economic bottom lines.

So, a few key messages. An association of writers is putting pressure on publishers to increase pay rates to keep up with inflation. Some publishers will have to choose whether to raise rates, or lose the cachet of being a SFWA-qualifying market. Great fiction will continue to be produced. Publishers will continue to buy it from writers to sell it to readers. Publishers and writers will still want recognition. You can help by subscribing to a magazine, making a donation, or buying a book, or reviewing a work you’ve read.

Full disclosure: I have been a full member of SFWA for a couple of years, and I’ve enjoyed my time as a member. For a much longer time, I was working on qualifying.

Derek Künsken is a science fiction and fantasy writer in Ottawa, Canada. His fiction has appeared in Black Gate, Beneath Ceaseless Skies, On Spec, and several times in Asimov’s. His alien samurai hard sf novelette “Way of the Needle” won the 2012 Asimov’s Readers’ Award. He can be found at derekkunsken and www.derekkunsken.com.