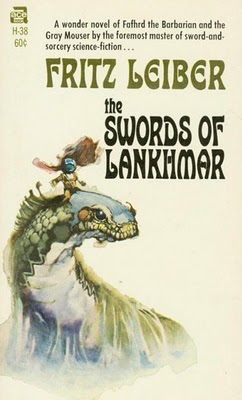 Conan the Barbarian. Elric of Melnibone. Fafhrd and the Gray Mouser. Gilgamesh. Hercules. Hector of Troy.

These giants of heroic fantasy (and the mythology from whence it springs) strode across the landscape of my imagination as a young man. They were my guiding stars when I started to write my own stories. But what were they teaching me?

When I think about these heroes, one thing that comes through is their incredible lust for life. Even when they lapse into melancholy, they never stop striving, never stop fighting, and that struggle is the essence of life. Whether it’s Conan carving out a place for himself in the kingdoms of Hyborea, or Elric fighting to keep his fragile body alive with potions and sorcery, or Hector facing the dread Achilles to protect his home, these heroes confront the challenges of their ages.

Their struggles say a lot about humanity. How far would we go to protect our own? Where is the line between justice and vengeance? Is violence ever warranted?

So when it came time to create the heroes for my own stories, I didn’t set out to emulate these characters, but time and time again I noticed certain parallels. For instance, Caim (the main character of my Shadow Saga) has many of the physical traits of the Gray Mouser, but married to a personality more like Conan. Caim is direct in his sneakiness, deliberate in his dealings, and he possesses a code of honor that, although rather bleak and brutal to most people, elevates him above his peers.

Heroes often fight. They tend to love and mourn with superhuman passion. But first and foremost, they struggle. With their enemies, with their societies, with the gods, and oftentimes even with themselves. They struggle, and so must our contemporary heroes who wish to tread in their titan-sized footsteps.

Right on, Jon! You nailed it.

The “keeps on going” thing applies to real historical heroes as well. The First Crusade, for example, was a mobile atrocity show. Even so, when we read about it from a safe distance, we can’t help admire the crusaders.

Absolutely. What often strikes me on rereading some of the works you refer to is how complex and sophisticated the moral, ethical and philosophical attitudes are. That something else we need to emulate in our own writing.