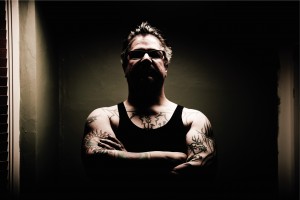 Richard Kadrey is the kinda guy you see at the all night diner who looks like a degenerate even when he’s sitting there eating a burger. Dark hair. Dark glasses. Dark tattoos. Except the knuckle ink, that’s white. He’s the kinda guy that when he looks up from his coffee and smiles at you, you can’t tell if that grin means he’s going to steal your car on the way out or say hello.

Either way, he’s ridiculously charming and… cool. Like James Dean, Nick Cave, Wild One, cool. You can tell, lookin’ at the rough bastard that he’s got good stories. Like maybe he was a teenage werewolf or used to live with a burlesque troupe in Berlin or he and Tom Waits went on benders in adult theaters in New Orleans — but before you get the nerve to say hey, he picks up his yellow legal pad, tosses the waitress a tip and he’s off into the night.

Now take all that nonchalant badassery and put it on the page because Richard Kadrey’s books are as hella cool as he is.*

Kadrey’s upcoming young adult novel, Dead Set, is about Zoe, a high school kid dealing with the loss of her dad. Zoe and her mom moved to the city. Money’s tight, the insurance company isn’t paying, and starting over sucks for both of them. While her mom non-stop job searches, Zoe is left mostly alone to deal with her grief.

Zoe stumbles on a record store that might be the answer to her problems. The records sold therein don’t hold music in the grooves… they hold souls – including Zoe’s dad… and it’s only a short jaunt from the shop to the underworld.

This Black Gate minion had been stalking the side entrance of Bamboo House of Dolls for Sandman Slim castoffs to craft shrines out of to sell on Etsy when Richard Kadrey stumbled outta the alley door. It was a shocking occurrence, but as Black Gate minions are like depraved, prepared scouts, I was carrying my bulky, shoulder-strapped, tape recorder. I shoved the corded microphone at Kadrey and he, graciously, dropped the broken bottle that was clutched in his fist and said hello.**

What follows is our conversation. 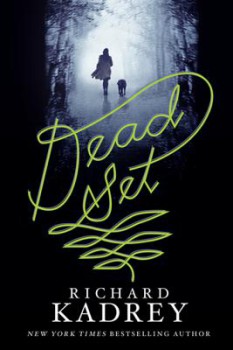 Black Gate: Was there anything you found difficult in writing a teen girl as a lead character?

Richard Kadrey: Besides not being a teenager or a girl, it was a breeze. Except that it wasn’t. The good news is that I had several young female readers go over the book who told me the stupid parts to take out. Plus, it helped that my editor, agent, publicist, and wife are all women. None of them are shy and all helped me shape Zoe’s story.

Zoe discovers a record store and it changes her life. What record stores changed your life?

There was one in Houston, Texas. It’s been so long now that I forget the name, but it was the first store I found that carried European and Japanese imports. Suddenly, I could find all the metal, punk, and electronic bands I’d only read about in magazines. It opened me up to a lot of music. I bought my first Klaus Schulze and first Damned album there.

Do you think our culture will replace the brick and mortar havens of cool-building we’ve run out of business – or have we permanently moved into online communities?

The brick and mortar world will never go away, but it will shrink and probably turn boutique. You can already see a bit of that in specialized independent bookstores. One of my favorite San Francisco bookstores, Borderlands, has also opened a cafe. The two businesses have a symbiotic relationship, with each place funneling cash to the other. That’s how book and record stores will exist in the future, as places that sell an experience with the goods.

Discovering the larger world of music is a right of passage for many teens. What bands were most important to you before you turned 20?

I listened to a lot of experimental electronic music when I was younger, mostly from the Princeton Electronic Music Center. Later, I moved on to Krautrock bands such as Faust and Tangerine Dream. The two albums that changed me forever were Raw Power by Iggy & the Stooges and the Sex Pistols’ first album. When I heard them, I felt like I’d waited for their music my whole life. It was fast, sloppy, and filled with furious energy. It was one of those moments of recognition, when you realize you’re not alone in the world. That other people are as f—–d up as you are they channel it into wonderful noise. 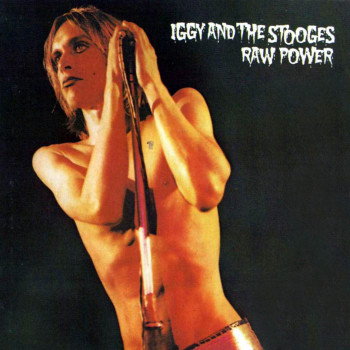 What are Zoe’s three favorite bands? What are three bands Zoe likes that would shock and appall her punk rock parents?

Her favorites would probably be The Germs, The Runways, and The Cramps (In the book, her mother designed the packaging for a Cramps single). Since Zoe mostly listens to mom and dad’s old punk albums, she doesn’t love any bands that would shock her parents. Which is one of Zoe’s problems throughout the book. She lives in the past, often her parent’s past. She hasn’t figured out a life for herself yet.

Did you specifically name drop certain bands in Dead Set that you wanted your younger YA audience to discover?

Absolutely. I only talked about bands I think smart YA readers would like, from The Circle Jerks to X. They can probably even find most of them on Spotify these days. Punk isn’t shocking anymore, but it produced some great bands and songs.

Did you read any YA lit in preparation for writing Dead Set?

Neil Gaiman and Holly Black were the two writers who convinced me that writing a YA novel could be fun. Black’s book, Tithe, was especially important. Her depiction of Kaye, a young down-on-her luck woman, definitely influenced Zoe’s character.

As a form, is YA lit something you want to explore further? If so, are you going to stick around Zoe’s world?

Dead Set is a stand-alone book, but I’d like to try more YA. One would mix SF, fantasy, and horror. Another idea is about a street kid who gets by using his supernatural abilities and eventually ends up killing someone because he doesn’t understand his powers. I don’t want to say much more because I don’t like talking about future books. I’d rather write them. 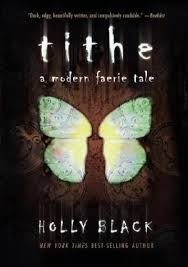 What would you say to the lurker critics who balk at adults reading YA?

Nick Hornby said it best: “I see now that dismissing YA books because you’re not a young adult is a little bit like refusing to watch thrillers on the grounds that you’re not a policeman or a dangerous criminal, and as a consequence, I’ve discovered a previously ignored room at the back of the bookstore that’s filled with masterpieces I’ve never heard of.”

Elmore Leonard just died, so he’s been on my mind a lot.

Last artist you wanted to buy work of?

Aight. Get on it, people. Go pre-order the hell outta Kadrey’s newest novel, Dead Set. It comes out October 29, 2013. You like music? You like dead people? You like books? You like flawed, realistic female lead characters? You’ll like Dead Set. I can guaran-dang-tee you it was good. Lucky beast that I am, I had myself a review copy. You can get it on Indiebound and Amazon and all the other big shots. Then stop over at Kadrey’s merch shop. Sandman Slim mugs and shirts are sexy. You want them. Promise. Then, while you wait for your haul to come in the mail, check out Kadrey’s tumblr.

*Full disclosure, folks, I met Richard Kadrey online a coupla years ago. I say met, but more so it was me spouting on his Facebook:

OH MY GAWD, YOU DIRTY MANIAC, I JUST FINISHED ALL THE SANDMAN SLIM BOOKS. They were so rad I made a SHIRT.

And I did. Still got it. It’s a crop top and I wear it out dancing and to bed. Sometimes, subtle is a universe away from me. But screw subtle. Subtle wouldn’t have made me an honorary go-go hellion of the highest, dirtiest order.

**Complete BS. I’ve never been to Bamboo House of Dolls. Have you? If so, how? Is it like Bordertown… you can never get there the same way twice? TELL ME. I want to partake in the lowdown tiki hole.