I was on ISFDB and noticed that today marks the 20th anniversary of Mike Weaver’s death.

Michael D. Weaver broke into the SF field with Mercedes Nights in 1987 and looked like he was going to be The Next Big Thing (or one of them, anyway). He published seven novels in nine years before dying at the age of 37.

At St. Martin’s Press, I worked on his first two novels, particularly his second one, My Father Immortal. In those pre-email days, he would call almost every day about this or that. He came to New York for the SFWA Authors and Editors party with his girlfriend, whose name was Angel (if my memory serves) and whose dress and looks led some people to think she had been hired from an escort service. (She hadn’t.) I got drunk at the party and made the mistake of telling Mike how I thought his novel was ideal for teens — how the book worked as a great metaphor for adolescence. He didn’t call for several days after that.

If memory serves, he died in a freakish accident — something like falling in the yard and having his head land in a bucket or puddle, where he drowned. 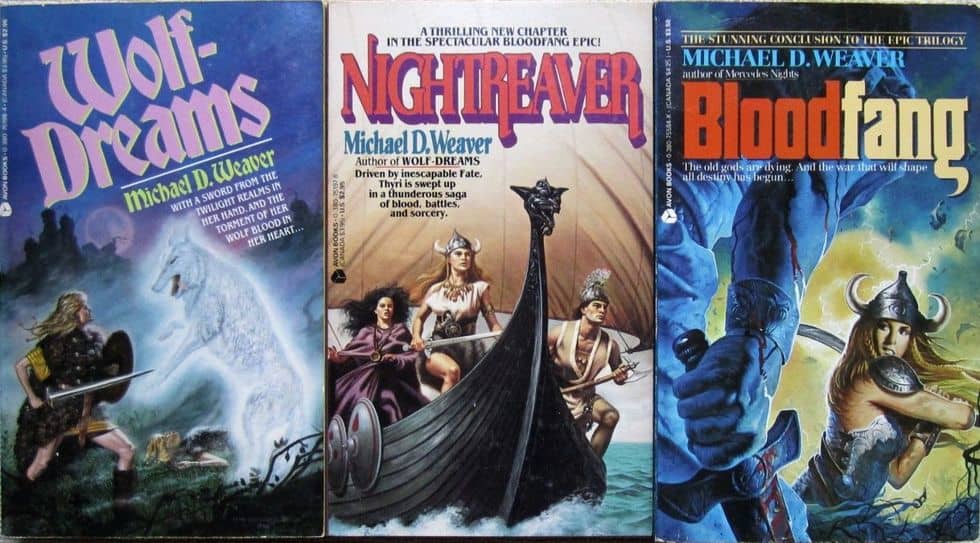 I don’t see much about him online but in this time when many of us are mourning Kate and Gardner and Ursula and others, I thought I’d share a few memories of him. I found photo a Mercedes Nights (I think the cover art is by Bill Sienkiewicz) and a few others to go with this post.

Gordon Van Gelder is the publisher of The Magazine of Fantasy & Science Fiction. His last article for us was A Few Thoughts on Jack Cady’s The Off Season.