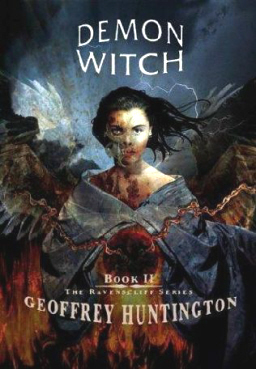 If you follow what we call “the industry,” you’re probably aware of a routine publishing phenomenon: a new writer appears, publishes 2-3 novels, and then vanishes. Frequently right in the middle of a promising new series.

Here’s another routine phenomenon: I discover them ten years later.

Fricken’ hell. Where do all these vanished writers come from? People puzzle over where they go; I just want to know how they keep popping up. Vanished writers. They’re all over the place, like discount car insurance.

Last month I bought a collection of 240 new science fiction and fantasy paperbacks (Told you I buy collections. They’re like boxes of Christmas.) This one was an eclectic mix of remaindered titles from the last ten years, all in terrific shape, at about a buck a book. The seller still has a few lots left on eBay, if you’re interested.

Anyway. One of the chief joys of buying books by the quarter ton is finding bizarre stuff you don’t normally come across. (The other is coming up with creative ways to sneak them into the house without your spouse knowing, but that’s a different topic.) One of the many interesting items I came across in the first lot was the 2004 YA novel Demon Witch by Geoffrey Huntington, with this intriguing description on the back cover:

Long before the days of Madman Jackson Muir, a witch named Isobel the Apostate waged war upon her fellow sorcerers, the noble order of the Nightwing. Burned at the stake for her crimes, Isobel vowed to return and conquer the world. Now that she is back, the only person who can prevent hell on earth is fourteen-year-old Devon March. In a battle that takes him from modern-day Ravenscliff to Tudor England and back, Devon must unleash the Nightwing power within himself and call upon friendships in the strangest places to stand against an evil that has waited five centuries for revenge. For at Ravenscliff, friends come in all shapes and sizes — and enemies are everywhere.

Witches, sorcerers, secret orders, and burnin’ stuff at the stake. That sounded pretty good. Naturally, the cover proclaimed it was Book II of The Ravenscliff Series. Which I’d never heard of.

This is why there’s an Internet. Amazon.com told me everything I needed to know about the first volume, Sorcerers of the Nightwing, including the fact that a handful of copies were still available for $6.99.

Amazon and I sometimes do business, and this turned out to be one of those times. 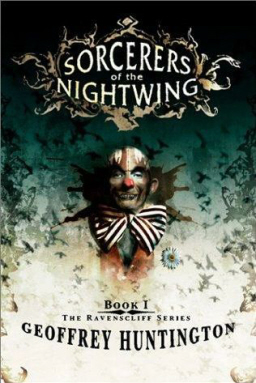 Sorcerers of the Nightwing arrived last week. It was originally published nearly a decade ago, in 2003, with a great cover by Victor Koen. The plot description for this one is just as appealing:

Every kid fears the monsters in the closet — but for Devon March, the monsters are all too real. At fourteen, Devon is sent to live at Ravenscliff, a dark seaside mansion where secrets abound and the dead just won’t stay that way. He learns that he is a sorcerer of the Order of the Nightwing, a three-thousand-year-old tradition of mysticism and magic — the roots of which run deep at Ravenscliff. In a house of mysteries, he’ll have to decide quickly who is friend and who is foe, because Ravenscliff’s worst nightmare — the Madman — is coming back, and he’s bringing Hell with him.

So what’s the problem?

The problem is that this was clearly intended as a trilogy. It is, just as clearly, not a trilogy.

A little digging reveals that the planned title of the third book was Blood Moon. Once I had that tidbit I was able to track down the French version, Lune de Sang, published in 2005.

Follow that link and you’ll find a comments section crowded with pissed-off US readers, grumbling about the lack of an English translation.

Geoffrey Huntington lives in a house by the sea not far from where the ghost of a pirate is said to eternally walk the cliffs in search of his lost gold. Under another name, he is the author of several acclaimed works of fiction and nonfiction.

“Under another name.”  Uh-huh.

Okay, that explains why he wrote the The Ravenscliff Series under a different name. But not why he’s refusing to man up and make with the third book in a language spoken by normal people. My high school French is sufficient to get me slapped in a Paris bar, but not to get through an entire novel.

(I tried to read a novel written in French once. Mystery novel, on a train in Switzerland. To this day I have no idea who did what to whom. Seriously, that’s messed up. Sometimes I’m tempted to try the English translation, but I’m half-convinced it still won’t make sense. Best if I never know.)

Well, this probably isn’t just William J. Mann (or whatever his real name is) messing with us. At least not intentionally. If his tale is anything like that of all the other Vanished Writers of my recent acquaintance, he’s been done in by the Stark Realities of Modern Publishing.

Another reason we find such a proliferation of pseudonyms these days.

So. It’s probably not Mann’s fault, but I’m still left holding the bag with these two paperbacks. One of which I actually paid real money for. And unless I shell out for a better French-English dictionary, the ending of the saga is out of my reach forever.

If I’m back here in a week looking to hire a good French-English translator, you’ll know why.

John, in regard to creative ways to sneak books into the house without your spouse knowing, we need to talk. I’m running out of ideas.

Have you tried grocery bags? That worked for me for years.

A gym bag — she won’t want to dig through your smelly shorts, and you’ve got an excuse to bring it into a room other than the kitchen.

Stuff like this has made me apprehensive of traditional publishing for years, its a brutal and often arbitrary system.

> Stuff like this has made me apprehensive of traditional publishing for years, its a brutal and often arbitrary system.

Very true. I don’t think most aspiring writers realize just how much of their success in the industry will depend on others — marketing teams, cover artists, book buyers at the big chains, editors, publicists, distributors, and many more — and especially the value of perseverance.

When a book succeeds despite it all, I think a lot of the credit should go to the team that marketed and sold the book.

I know you’re trying to be funny but French-speakers are relatively normal people.

Their actually a tribe of Eldritch Abominations wreathed in flesh to pass as Men.

Agreed about the doom that awaits ‘aspiring writers.’

‘Success’ is pretty much 70% marketing, 20% Lucky-Stars 10% Miscellanea ( like actually being able to write, or more intriguing having something worth writing about )

Fortunately I never was never and probably never will be an ‘aspiring writer’ ( though interestingly enough I have written a lot of stories + poetry since I was a little kid ).

None of it may ever see print.

By all odds it doesn’t matter.

One of my favorite vanished writers, Pauline Alama, is still alive and kicking in themed anthologies, most relevantly in the Sword and Sorceress series. She and I drift in and out of the same loose critique group, so I got to see a chunk of first draft for her prequel to The Eye of Night. Lucky me! Who knows how long the rest of the world will have to wait to see it. Meanwhile, I highly recommend sneaking a copy of The Eye of Night into your house, if you don’t already have one kicking around in one of those boxes from ebay. The story’s perfectly successful as a standalone, but it will make you yearn–oh, most yearningly–for more Alama novels.

> I know you’re trying to be funny but French-speakers are relatively normal people.

I was born in France, actually. I figure I can poke a little fun at my French & Canadian heritage from time to time.

I think that’s roughly about right. Funny how much writers agonize over that last 10%, though.

> I highly recommend sneaking a copy of The Eye of Night into your house, if you don’t already have one

I do, actually. But it hadn’t made it to my to-be-read pile.

It’s there now. Thanks for the recommendation!

‘Mostly’ ethnically French myself as well.

Most of my family was born in France.

Most of my family ( I use the term more broadly than them’ freaky English-speakers ) are still in France.

As a French speaker (a little late to the party) and reader of the Ravenscliff serie, I am sorry to tell you that French readers aren’t much better off than our English-speaking fellows : unfortunatly, the third volume isn’t the last one of the serie and no forth volume has been annonced 🙁 He seems to have truly vanished without giving me the confirmation that m’y theories were right !!

Thanks for letting us know! I don’t know whether to be relieved that the third book doesn’t wrap up the series — thus removing the nagging temptation to buy it — or annoyed. Maybe annoyed? Yeah, I’m thinking annoyed.

If you’d like to give a brief summary of Lune de Sang, we’d love to see it!

There’s no need for a summary of Lune de Sang any more. Blood Moon was published in English in 2013. Its available on Amazon.com

Right you are! Thanks for the tip.