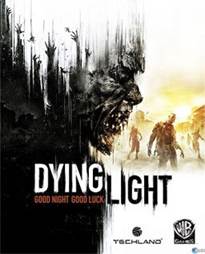 Nothing takes the edge off a stressful day like arming up to the teeth on my PS3 and blasting the snot out of rampaging zombies or other marauding creatures of darkness.

Not that I have anything against creatures of darkness – no siree. I mean, at this point, some three years into writing Goth Chick News, the reanimated dead are not only some of my most prolific subjects, but often constitute the bulk of my party guests.

It’s just that “real” violence, or in this case realistic violence (i.e. Saints Row and Hitman), makes me queasy in a way that offing the undead does not. So I was as giddy as Rick Grimes at a Home Depot axe sale when I found out about Dying Light.

Developed by Techland for Warner Brothers Entertainment (the geniuses who brought you Dead Island), Dying Light will be available in PlayStation 3, PlayStation 4, Xbox One, Xbox 360 and PC formats, which is part of what I love about these guys. Development of solid games for the PC is dwindling, but until the PlayStation can fit with me in a coach airline seat, I appreciate anyone who creates this sort of fun for my lap top.

Now, join me in relishing the 12-minute gameplay walk through. It rocks utterly.

Dying Light is available now for pre-order directly from Techland for $49.99, who also lists the release date only as “2014.” However, Amazon has the game for presale and shows March 31, 2014 as the big day; but as we all know, new games come out on Tuesdays and March 31st is a Monday, so this is likely a placeholder date only.

The suspense is killing me. Just tell me for sure when I can play it.

Love offing the virally reanimated?  Have a comment?  Post it here or drop a line to sue@blackgate.com.

[…] been over a year since we first got a peek at an upcoming zombie-killing, gaming extravaganza entitled Dying […]