As always, the best four days of gaming did not fail to impress. The number of cool new (or just new to me) games was astounding, so I’ll do a quick run-down of them here and then go into a bit more depth in individual and group reviews over the next couple of weeks. I’m going through these games mostly sequentially of how I experienced them, rather than in any specific order of preference.

One of the first games I came across upon entering the Exhibitor’s Hall was Legacy: Gears of Time (Amazon). This game’s from a relatively new company, Floodgate Games, and was funded through a Kickstarter. I first heard of it a few months back, when they Kickstarted the Legacy: Forbidden Machines expansion. Unfortunately, this was right after a little heart-to-heart with my wife about my Kickstarter “issue” … so I had pledged to pretty much stop backing any Kickstarter projects.

It’s a fun game. My one immediate issue is that the artwork isn’t the most polished. It has that “Good, but …” artistic feel that I’ve found on several of the Kickstarter board games that I’ve seen. However, the mechanics are rock solid and I’ll be doing a more in-depth review of the game and expansion in the future, since I now own a copy! 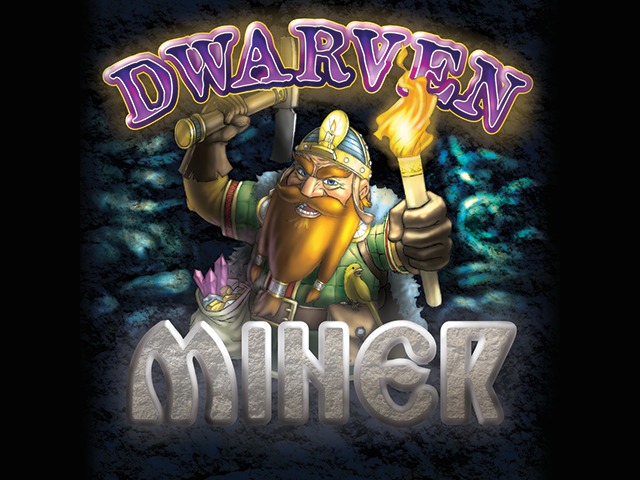 I then zipped through a rather quick demo of an intriguing new game called Dwarven Miner, from the folks at Rather Dashing Games (one of my favorite gaming company names, by the way). It’s a crafting game where you roll materials, hire various types of Dwarven craftsmen to work your mines, and try to move through the mines more quickly than your opponents. I didn’t do a full demo of this game, but I’m hoping to get my hands on a copy, as it looked like a fun family-oriented game with a lot of fun quirks built into it. When I swung by the booth at the end of the day on Saturday, they were virtually out of their entire stock, so it seems to have been quite a success, but it is available for pre-order right now.

Next, I moved on for a meeting with the folks at Cryptozoic Entertainment, a company best known (to me) for their card games and for strongly leveraging their ability to license popular intellectual properties. Here are a handful of the Cryptozoic games I was aware of before walking into their booth:

These are also the folks behind Food Fight (Amazon) and they are making a sweep of a variety of Tolkien properties, such as The Hobbit board game (Amazon) and Fellowship of the Ring deck-building game (Amazon).

But I wasn’t going there to meet about any of those. No, I was going to talk with them about their upcoming online MMO TCG, Hex: Shards of Fate. This was another extremely successful Kickstarter, gaining over $2 million in support of their $300,000 goal! What intrigued me about Hex, and the reason I wanted to learn more about it, is that I had no idea what a Mass Multiplayer Online Trading Card Game could possibly be. I sat down with lead designer Ben Stoll and company president Cory Jones (no relation) to chat a bit about it.

The goal with Hex is to build a game that uses a TCG mechanic to interact in both Player vs. Environment and Player vs. Player conflicts, gaining the benefits of a variety of different system mechanics and interactions so that it will be suitable for people with different play styles.

Hex is also an original intellectual property with a well-developed backstory and they’re moving forward with plans for a line of novels and other expansions of the storyline. One significant point, then, is that the MMO aspect of Hex: Shards of Fate is narrative-driven. In other words, it’s looking like we’re talking about an online Trading Card Game that has quests built into it and where playing the game helps drive an unfolding story.

It will follow the well-established and seemingly-successful model of being free to play, but having options to buy booster packs and other in-game expansions. The goal isn’t to just sell you a new skin, but instead to provide actual content, just as in traditional Trading Card Games.

I ran through a quick demo of the game and was impressed, although I have to confess that I’m a bit rusty on my Trading Card Game skills. However, since it’s free to play, my suggestion would be for you to check it out yourself, since there’s an upcoming beta release that anyone can sign up for.

Authors and Other Non-Gaming Events

This year, I didn’t even make a pretense of attending the author events, even though they’re usually the major part of my convention-going experience. Gen Con has a really strong author presence, in quality if not necessarily in quantity, but they’re frequently relegated to an unfortunately-secluded section of the hotel across from the convention center. This year, my schedule was so packed with events that I really didn’t attend any of the panels. Usually, I’m a panel junkie, so please don’t take the lack of coverage of panels or authors as a suggestion that they weren’t there or weren’t worthwhile. They were, it’s just that for once I didn’t get to focus on them.

That having been said, though, I was pleased to see Patrick Rothfuss’s Worldbuilders charity had a booth this year. I checked with them and, sure enough, this was their first year of doing conventions. Worldbuilders raises money for the amazingly worthwhile charity Heifer International. They’d run a fundraiser over at ebay a few weeks earlier for a chance to go on a True Dungeon adventure (a live action dungeon crawl, set up in one of the adjacent hotels) with Rothfuss, Mary Robinette Kowal, and Jim Hines. (I was almost the winner of this auction, until it got sniped out from under me at the last minute.) Worldbuilders was selling some Kingkiller Chronicles-related memorabilia, like foreign editions books and audiobooks, some other materials Pat’s worked on, and some games that were only tangentially connected at all to Rothfuss’s Kingkiller Chronicles. Unfortunately, I didn’t come across Pat himself this year, but I’d met him before at Worldcon and heard him speak a few times … including a few years back, when he was Guest of Honor at Gen Con. If you haven’t, you should … and here’s just one reason why. To find out more about Worldbuilders and how you can help support Heifer International through them (perhaps while getting cool fantasy stuff), check out the Worldbuilders website.

I also just didn’t get into the media guests of honor, which is rarely my thing anyway. I did make a point of walking past the autograph area when Neil Grayston (Douglas Fargo from Eureka) was signing, so I caught sight of him, at least. And then I did see Wil Wheaton walk past me with a brisk stride that I believe was bathroom-related. My son and I went past the TableTop area in one of the gaming rooms, but no game was going on. We were able to see Wil eating his lunch. There was also a nice little Geek & Sundry booth set up in the main Exhibitor’s Hall, so we were able to get some TableTop pins.

The post-convention fatigue is setting in now and I didn’t get nearly as far as I’d like in my coverage of the games. I’ll move on with my recap of Days 2 and 3 tomorrow … including my play test of the brand new Firefly: The Game. Shiny!