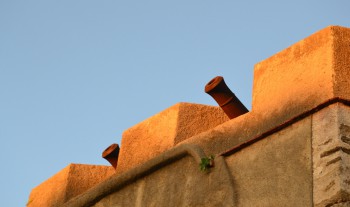 This past Christmas vacation, my wife and I headed down to Tangier so I could write a travel series for Gadling.

While walking the labyrinthine alleyways of this Moroccan port, I took note of the defenses that had been built up over the years. Tangier has changed hands numerous times between the Moroccans, English, French, Spanish, and Portuguese. Because of its strategic importance on the southern end of the Strait of Gibraltar, it’s always needed to protect itself. The old town is surrounded by high walls, emplacements for sea batteries can still be seen, and high up on the hill overlooking the city stands the Casbah, where the Sultan once lived with his family and entourage, and which has fortifications of its own. 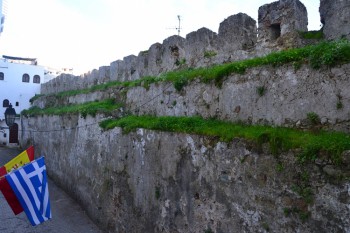 We stayed in the Casbah, which is now full of pensioners and expat homes. This wall outside our window stopped many invaders in its time, but not the invasion of international commerce. 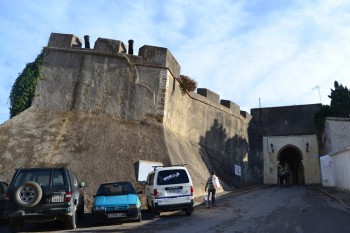 The entrance to the Casbah was just around the corner. 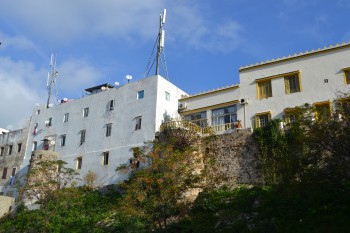 Modern buildings have used the foundations of the old defensive walls. 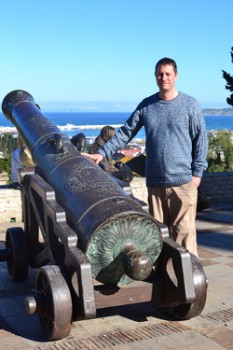 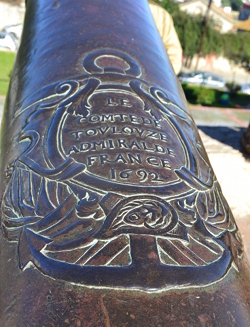 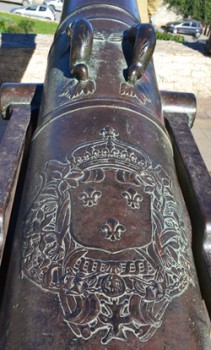 Like many old cities, you come across a lot of old cannons. This one was especially early and well preserved. Here’s yours truly, and then a couple of closer shots for the detail of the barrel. 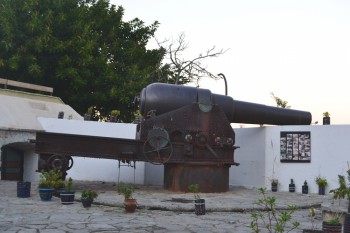 There are also some more modern guns. This one was made by Sir W.C. Armstrong & Co., Newcastle-on-Tyne and is numbered 1796. Anyone know anything more about this particular artillery piece? I think the flowers are a nice touch. 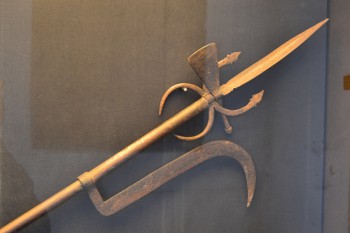 I was frustrated by the lack of available information about the dating of these walls. The Casbah Museum says they are the original walls put up by the Portuguese in the 15th century, but since the English destroyed the town in 1684, I think that’s unlikely. While the foundations and general plan may be Portuguese, the wall has most likely been rebuilt and added to numerous times, much like the city walls of Harar, Ethiopia, that I investigated a couple of years ago. Still, the Casbah Museum has a few interesting relics from the Portuguese days, such as this polearm, supposedly dated to the 17th century. They call it a halberd. I’m not sure what to call it. 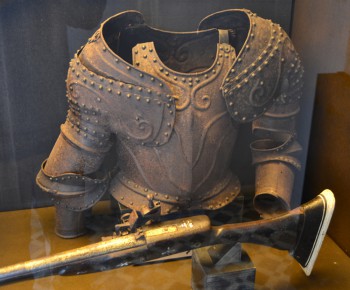 This armor is also doubtfully dated to the 17th century. The fusil is locally made from the 19th century. 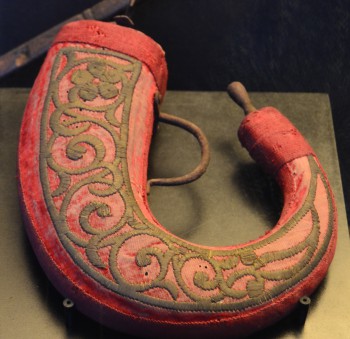 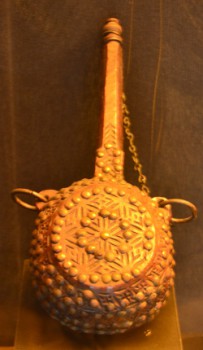 Here are a pair of locally made 19th century powder horns to go with it. 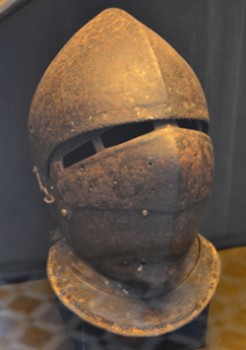 And finally another helmet dated to the 17th century. I’m hardly an expert on armor (my specialty is the American Civil War), but these pieces look earlier to me. Does anyone have any input on this?

Sean worked for ten years as an archaeologist in Israel, Cyprus, Bulgaria, and the U.S. before becoming a full-time writer specializing in history and travel. He’s the author of numerous history books on the Middle Ages, the Civil War, and the Wild West. He is also the author of A Fine Likeness, a horror novel set in Civil War Missouri, and The Night the Nazis Came to Dinner and other dark tales. Visit him online at Civil War Horror.

Black Gate » Blog Archive » The Battle of the Three Kings, 1578, in Miniature

[…] The Battle of the Three Kings destroyed the flower of Portuguese nobility. Some 8,000 troops were killed and all but about a hundred were captured. Don Sebastian had left no heir and the throne was taken over by his uncle. Within three years the weakened kingdom would be annexed by Spain. Abd Al-Malik was succeeded by Ahmed Al Mansour, who continued the Saadi dynasty until his death in 1603. We’ll hear more about him in my next post about the Battle of Tondibi. You may also like my post on the defenses of Tangier. […]

Black Gate » Blog Archive » The Battle of Tondibi, 1591, in Miniature