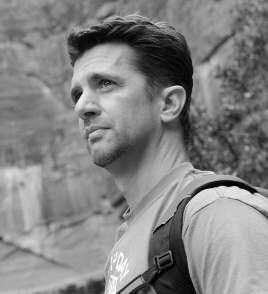 So often in medieval tales, when a mother dies in childbirth, it is in the process of giving birth to an important, and sometimes only, son. In this dark fantasy, “A Princess of Jadh,” Gregory Bierly strays from that path by giving us a daughter of emperor Thaphsis Amryth X, the youngest of five. Naome is the first red-head born in the empire in a thousand years. In that, and many other ways, she is quite different from her sisters.

At the age of twenty, Naome undergoes the ritual of being presented to her people’s gods – gods in whom she steadfastly does not believe. Though she has a vision during the ritual, and a sensation of being painted, afterward she believes that she has not been changed in any way. It takes little to persuade her otherwise. On her belly, an incomplete but corrupted rune of power now resides. And both the power that began the rune and the one that perverted it are interested in Naome…

“A Princess of Jadh” is a 13,000-word novelette offered at no cost. Read the complete story here, and Cyd’s review at Tangent Online here.