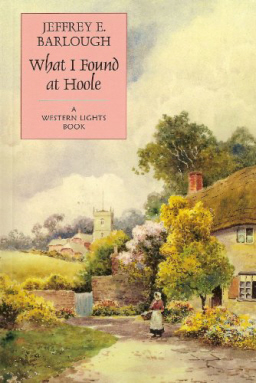 The alternate history is rarely explicitly detailed — the reader has to infer events from hints dropped here and there. For example, Chinese and Arabic cultures are never mentioned, suggesting they never arose, which is why gunpowder was never invented. How specific is the world’s backstory? Is it just a vague notion in your head or do you keep a 200-page show bible in your desk drawer?

Again, the backstory is an extrapolation from the underlying elements of the series, i.e., I needed to explain how the various features of the alternate world arose. The absence of gunpowder was a necessity. I realized that if firearms and other such weapons had existed in the sundered realm, the giant fauna (saber-cats, mastodons, megatheres, etc.) essential to the series would have gone extinct rather quickly. I had to make it plausible that confrontations between my characters and Ice Age beasties would occur, and that in many instances it was the beasties that would prevail. The absence of explosives in turn made it possible for shovel-tusker mastodons to become the chief instruments of road-building in the realm, etc.

You’ll note also that the size of the animals described in the books is rather larger than that as revealed in the fossil record; my mastodons (“thunder-beasts”), for example, are far more imposing than any known mastodon species that ever walked the Earth. Again, it is an effort to make the animals’ survival in the face of human contact believable. 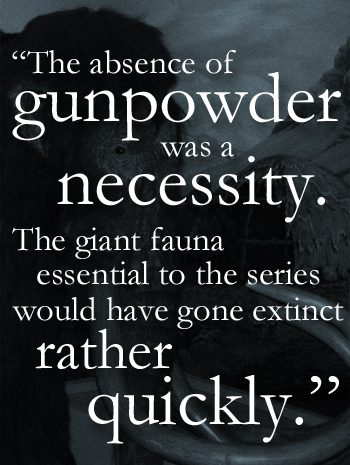 One of the challenges of the Western Lights series is puzzling together the world’s alternate timeline. Another is piecing together its geography. In Anchorwick, I was tempted to believe Salthead is an alternate version of Seattle or Vancouver; in Hoole, I suspect Ayleshire is a stand-in for Sonoma wine country. On the other hand, the Ice Age topography was very different from today’s. How close is the Western Lights geography to our own?

The geography I have purposely kept rather vague — it makes the sundered realm seem wilder and more mysterious — but there are a few guideposts. Salthead is somewhere along the coast of Washington or Oregon; the Columbia River could indeed stand in for the River Salt. Saxbridge is farther north, in the snowy wastes at the edge of the glacier. Crow’s-end is on the coast of northern California; Talbotshire and Ayleshire are in the mountains to the eastwards of it.

Farther east still, across the Sierra Nevada range, is Richford, on the margin of the “blast zone” of the sundering. Foghampton is San Francisco. Nantle, with its cathedral and its offshore islands in the channel, is Santa Barbara, i.e., the cathedral is the Mission and the islands of Truro, Hove, and Windwhip are Santa Cruz, Santa Rosa, and San Miguel. “Span Rock” is tiny Anacapa Island.

The marsh country — the counties of Fenshire, Slopshire, and Lingonshire — lies somewhere inland to the north and east of Nantle. Goforth is roughly in the area of Malibu or Santa Monica; some distance to the east and south of it are the tar-pools of Deeping St. Magma in Strange Cargo.

A gazetteer detailing the various locations in the books is available on the series website, westernlightsbooks.com.

A recurring element in the books is a great fondness for animals, particularly dogs, cats, and horses. How does your background in veterinary medicine influence your writing? Does it help when describing and recreating the behavior of extinct animals? 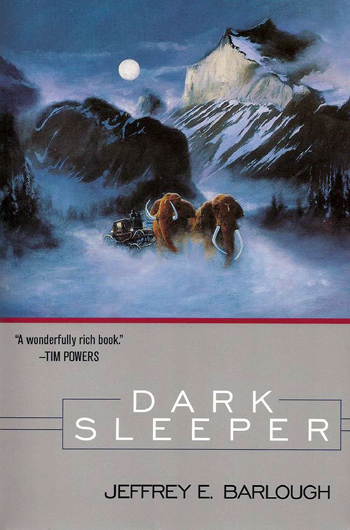 My background as a veterinarian and pet owner has had a decided influence on my writing. It is almost inconceivable to me that a Western Lights book could be written without having some animal characters in it. They add so much to a scene or a storyline, and there is even a subset of books (Bertram of Butter Cross, A Tangle in Slops) in which they provide needed commentary on the action. Most of what I describe concerning the extinct wildlife comes from my interest in paleontology, not so much from the veterinary side.

If you could safely encounter one extinct species of animal, which would it be and why?

A twofold answer for this one, both animals having been featured in A Tangle in Slops. The mylodon — a lighter, more nimble version of the giant ground sloth — is the extinct species I would most like to have encountered, because of its eerily human qualities. It may have been the last of the Ice Age megafauna to have gone extinct, although there are scholars who speculate that an isolated population still may exist in southern South America today.

The megalops — the humble, homely, comically galumphing giant of a quadruped so identified with the shire of Slops — is the other animal I should like to have met. Unfortunately, the megalops is entirely fictional (unless one should turn up in South America!).

The lumerii (“people of the light,” “dreaming elds,” etc.) are a gradually evolving element in the series, and more will be revealed about them as the series develops. They lend a further note of mystery to the backstory, and to the sundered realm itself, the geography and history of which have yet to be explored fully by its inhabitants. 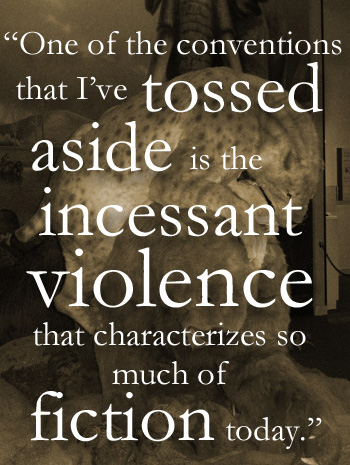 While there’s plenty of action in the novels, there’s also very little violence; battles usually consist of man against monster. Hoole is more low-key than usual, with the only violence offstage and prior to the book’s opening. How conscious is that attitude? And in a world where packing a cutlass is common, will there be any Errol Flynn swashbuckling in your next book, The Cobbler of Ridingham?

My plots are unconventional, as one reviewer has phrased it, and one of the conventions that I’ve tossed aside is the incessant violence that characterizes so much of fiction today. To my mind, it is more interesting (and more fun) to devise a storyline in which its use is only marginally necessary — chiefly man against monster, as you’ve observed, or in a more general sense, man vs. nature.

The Western Lights books are mystery novels, first and foremost, and it is the working out of the mystery that is the mainspring of each story. Much of the human-on-human violence, when it occurs, tends to happen offstage.

At the same time, the books are fantasy novels as well, which gives an author marvelous freedom when designing a plot. I love the blending of the two genres; imagine what fascinating worlds might have resulted if H.P. Lovecraft had written the Perry Mason mysteries, or if M.R. James had created Sherlock Holmes.

In a lighter vein, there indeed will be a bit of swashbuckling in The Cobbler of Ridingham, but it is comic swashbuckling, and the new novel is itself a comedy, in the main, with a few elegiac notes to give it depth. It describes a curious adventure that befell Richard Hathaway (of Bertram of Butter Cross and Ebenezer Crackernut) on a visit to Haigh Hall, the home of an old family friend, Lady Martindale, in the marshes outside Ridingham.

Are there any plans to reprint your first three Western Lights novels (now out-of-print) for readers who may have missed them the first time? Do you have any plans for e-book editions of your novels?

To my knowledge, there are no plans to reprint the Ace/Penguin novels, nor are there any e-book editions in the works.

Thank you, doctor. We look forward to the next adventure!

[…] An Interview with Jeffrey E Barlough […]

Convergence of ideas | Writing the World, the Official Website of Kay Kenyon

[…] the excellent on line magazine, Black Gate, I read an interview with Jeffrey E. Barlough, author of the Western Lights series. He described how his latest book in […]

[…] Western Lights series. I haven’t yet read Barlough (in my pile), but Jackson Kuhl’s interview with the author reveals how Barlough made changed history credible in What I Found at Houle. He […]

[…] influences. For example, take Dark Sleeper by Jeffrey E. Barlough. In a Jackson Kuhl’s interview the author of the Western Lights series said that his rich alternate history world came from the […]

[…] What I Found at Hoole (2012) and the eighth volume, The Cobbler of Ridingham. We published an interview with him in […]

[…] is the best time to appreciate Jeffrey E. Barlough, perhaps none more so than the current brutality we’ve been experiencing in New England. Day […]