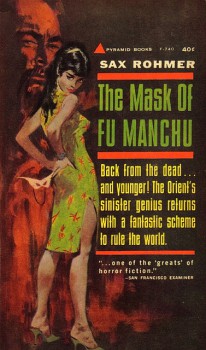 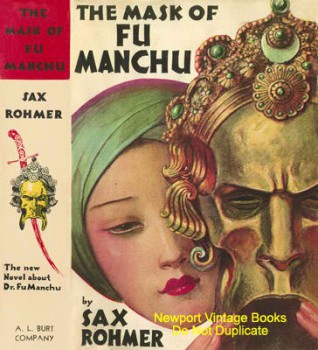 Sax Rohmer’s The Mask of Fu Manchu was originally serialized in Collier’s from May 7 to July 23, 1932. It was published in book form later that year by Doubleday in the US and the following year by Cassell in the UK. It became the most successful book in the series thanks to MGM’s cult classic film version, starring Boris Karloff and Myrna Loy, that made it into theaters later that same year.

The second part of the book sees Sir Denis Nayland Smith of British Intelligence, the renowned archaeologist Sir Lionel Barton, his foreman (and the book’s narrator) Shan Greville, and the expedition’s photographer Rima Barton (Sir Lionel’s niece and Shan’s fiancée) make their way from Ispahan to Cairo, where they are reunited with Dr. Petrie, Sir Denis’s oldest friend (and the narrator of the first three books in the series). Believing that Dr. Fu Manchu is behind the El Mokanna uprising that has already spread to Egypt, Petrie is relieved that his wife is safely visiting her in-laws in Surrey at present and out of harm’s way.

While Petrie drives the group into town, an incident occurs where it appears Petrie has struck a pedestrian. An angry mob, resentful of the British colonialists, soon gathers. While Petrie examines the victim and concludes the man had been dead three hours before his corpse was pushed in front of Petrie’s car, Sir Lionel is nearly abducted. The aim of the accident was to get at the large trunk he carries with him, containing the relics of El Mokanna’s tomb from his recent excavation in Persia. The timely arrival of the colonial police is all that saves them from the enraged mob.

There is much tension among the party over Sir Lionel’s refusal to take them in his confidence regarding the excavation. There is also resentment that the disturbance among the followers of the new imam, proclaimed as the Masked Prophet reborn, is due entirely to Sir Lionel and his late colleague’s callous disregard for the culture of Islam in excavating the tomb of the heretical prophet. The decision is made to send Rima back to England for safety as word spreads that the imam is making his way down from Persia. While the party believes the new imam to be Dr. Fu Manchu, they lack conclusive evidence at present. 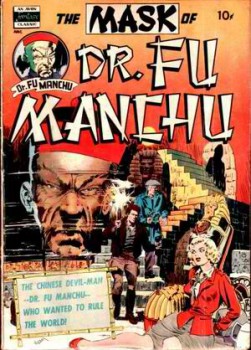 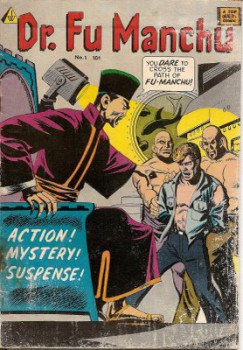 Desiring to enjoy one last evening together, Shan and Rima go out ballroom dancing. While there, Shan spies a beautiful woman whose face is covered in a gold half-mask that marks her as a follower of El Mokanna. Transfixed by her beauty, Shan immediately recognizes her as Fah lo Suee, the daughter of Fu Manchu. Without a second thought, Greville abandons Rima and follows Fah lo Suee outside where she climbs into a waiting limousine. Shan jumps into a taxi cab and has her followed at a safe distance. He watches her driver deposit her at the steps of a mosque. Despite the fact that neither Rima nor Sir Denis are aware of where he is and what he is doing, Greville goes forward and follows her into the mosque with no knowledge of what dangers await him.

Of course, Shan has walked into a trap and he is quickly overpowered. When he recovers consciousness, he finds himself in Arabic garb, lying on a divan. Exploring his place of captivity, he quickly stumbles upon a laboratory and finds himself facing Dr. Fu Manchu. Greville is struck to find that Fu Manchu appears far younger and decidedly less feeble than in the past. Dr. Fu Manchu explains that after 25 years of research, he has recently perfected the elixir vitae which has reversed the effects of aging, restored his health and strength, and made his mental faculties sharper.
The Devil Doctor explains that his daughter desires Shan and so he has given his word that no harm will befall him. He explains that Greville has received injections to make him more receptive to Fu Manchu’s will. Shan is shown a note that he has no recollection of writing. It is addressed to Rima, imploring her to meet him. Fu Manchu explains that with Sir Lionel’s niece as his captive, Barton will agree to part with the relics of El Mokanna. Once the relics are in his possession, Fu Manchu will be able to present himself at Mecca. While Shan is horrified at cooperating with the enemy, he recognizes the truth of Fu Manchu’s statement that while he is consistently a man of his word, Sir Lionel is ruthless and selfish at all times. 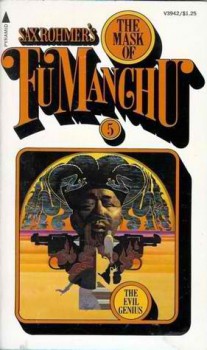 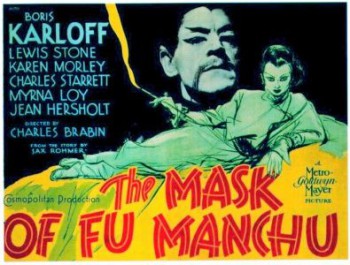 Against all logic, a drugged Greville helps Fu Manchu abduct Rima when she meets him at their arranged rendezvous. Rohmer wrings genuine terror in having his narrator turn distinctly menacing toward the woman he loves above all others as he now has sworn allegiance to the genius of Dr. Fu Manchu. Shan’s next recollection is awakening in a drugged stupor after having made passionate love with Fah lo Suee. Fu Manchu’s daughter has him driven back to the hotel in Cairo where the phrase, “he will be crowned in Damascus” serves as the key which brings him out of his hypnotic trance. He enters the hotel to find Sir Denis, Sir Lionel, and Dr. Petrie sick with worry over his fate and not suspecting what has become of Rima.
At first Greville cannot recall his role in her abduction. It does not take long for Sir Denis to conclude he has been drugged and hypnotized. A letter is delivered addressed to him from Fah lo Suee in which she states her cooperation was forced by her father. She knows Shan’s heart belongs to Rima and promises him Rima will be safe. The letter contains a pill that she tells him to take as soon as possible to restore his memory. Greville is placed under Petrie’s care and recovers the next morning with the hypnosis broken, although his memory is still not completely restored. He is greeted with the good news that they have finally received a ransom note for Rima.

Greville, Smith, and Petrie join Sir Lionel in a meeting with Mr. Adrian Aden, a disreputable Greek solicitor working in Cairo. Mr. Aden is brokering the deal for Miss Barton’s release. Sir Denis convinces the enraged Sir Lionel to agree to give up the relics of El Mokanna in order to obtain his niece’s release. Begrudgingly, Barton agrees. As the half-way point of the novel is reached, arrangements are made to hand over the relics and recover Rima in the King’s Chamber of the Great Pyramid. Each party will be granted ten minutes to depart upon the conclusion of their transaction before efforts can be made by either side to pursue or eliminate one another.

After the moody opening chapters in Persia, Rohmer picks up the pace and seems to be completely at home once the setting shifts to Egypt. The book moves at lightning speed as events pile quickly on one another. The decision to revitalize Fu Manchu so that he appears more youthful and energetic than ever before is a canny one that insured Rohmer many more years to continue the character’s exploits. For the present, Part Two not only concludes with the hope of rescuing Rima, but Shan and Sir Denis’s well-founded fears that Barton has something up his sleeve that may yet endanger all of their lives, as we shall see in next week’s installment.