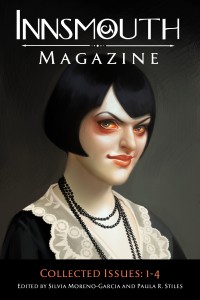 But buying? That’s a different story. It reminds me of the months after we bought our first DVD player. Excited by our new purchase, we went a little crazy, buying all kinds of weird stuff. Two seasons of the marionette puppetry show Thunderbirds from 1966? Check. Every episode ever made of Space: 1999? Check. First season of Voyage to the Bottom of the Sea? Still in the shrinkwrap. God help me.

It was the same with the Kindle. Give me a new toy, and I immediately want to dress it up. It wasn’t out of the box a month before I crammed forty books into it. I told myself I’d read them, but I didn’t. I think at heart I just loved seeing the little book icons show up on the menu page. It’s like having a library in your pocket.

I’m better now. Mostly I use my Kindle these days to read manuscripts, advance galleys from publishers, and online magazines like Locus. But there’s still the occasional digital title that grabs my attention and won’t let go until I hit the “Buy it Now” button.

The most recent is Innsmouth Magazine: Collected Issues 1-4, edited by Silvia Moreno-Garcia and Paula R. Stiles. Stiles, the author of “Roundelay” in Black Gate 15, is an up-and-coming dark fantasy writer in her own right. Collecting the first four issues of the highly regarded digital Innsmouth Magazine, this omnibus edition is impressive indeed. Individual issues are priced at $1.99, so it’s also a bargain.

It demands to be read, too. So far, I’m quite enjoying it. Nick Mamatas’ cleverly-titled “And Then, And Then, And Then…,” which takes its title from a type of denigrated narrative technique, takes that same narrative technique and uses it to very chilling effect. Most of the tales are very short — David Conyers’s “The Swelling,” the intriguing but rather predictable tale of a woman who’s suffered a devastating loss at sea and then inexplicably finds herself on a cargo vessel bound for Carcosa, is the longest I’ve encountered so far, and it barely qualifies as a novelette.

My only complaint about Innsmouth Magazine: Collected Issues 1-4 is the complete lack of any editorial content — or indeed, a table of contents of any kind. The only way to find out what writers or stories are in each issue is to painstakingly page through it. I expect magazines to have a little more structure, maybe an editorial or house ad, reviews. Something. It’s more like an anthology, in fact. Its starkness in this regard is almost, dare I say it, Lovecraftian.

Innsmouth Magazine: Collected Issues 1-4 was published by Innsmouth Free Press on April 8, 2012. It is available exclusively in digital format for $3.99.