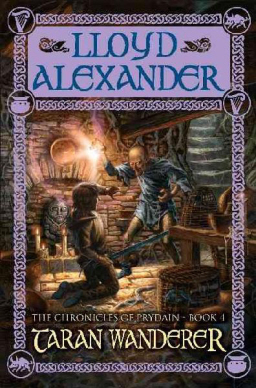 “Usually the combat scenes are the part I understand best,” said my student. “In this one, I have no idea what’s going on. There’s a wounded character at the end of the scene, and I have no idea how he even got near the fighting.”

We’d made our way to the end of Lloyd Alexander’s Taran Wanderer, the fourth volume in the classic 1960’s YA fantasy series The Chronicles of Prydain. My student and I had sojourned in Prydain for most of a year. The prospect of seeing Taran come into his full powers at last in The High King was so exhilarating that the kid had rushed through the last several chapters of Taran Wanderer and confused himself thoroughly.

I could have assigned the usual remedy — write one page per chapter, explaining who did what to whom and why, flagging anything that’s still confusing — but I had just read Ralph Fletcher’s Boy Writers: Reclaiming Their Voices. Fletcher devotes a chapter to the ways it can help students, especially male students in his experience, to draw illustrations and diagrams alongside their writing. Apparently English teachers in high schools and middle schools are trained to discourage such drawings, on the assumption that they’re a distraction from learning how to write.

The assignment went like this: Reread the scene and identify every action that would merit its own image in a comic book. Draw the action so that someone who had not read the book could follow the action. And now for the kicker: no words allowed.

The kid was half bouncing out of his chair. He couldn’t believe his good fortune. “I’m a terrible artist. You know that, right?” 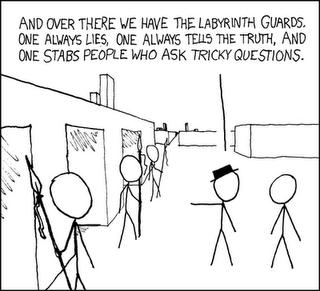 The next week, Taran’s first battle as a leader of men unfolded before me in stick-figure glory. The mercenary thug Dorath got his wordless comeuppance. All the fight choreography was there, clear as if storyboarded for a film.

“I see you’re not confused anymore.”

“No. But I spent longer on this than any other assignment you’ve ever given me. Not that you can tell by looking. Reading that closely is really hard.”

It is, and short of asking him to direct the scene for film, I don’t know how else I could have persuaded him to slow down enough to do it.

I dream, though, of being able to give assignments that nutty. Someday I will have a tutoring center full of Nerf weapons, and I will assign Robert E. Howard to students and have them reconstruct any challenging scenes as Howard originally wrote them, by bellowing the dialogue and slashing at the air.

Sarah: Congrats on taking over my blog spot. It’s great to see someone who cares about the blog and it’s various topics adding depth to the work. I look forward to many more enjoyable reads in the coming Wednesday slot!

Scott, it’s a delight and an honor to pick up your spot. I’ll miss your posts. Some weeks I spent as much time and thought replying to your posts as I might have writing a post of my own, which is what emboldened me to ask John. I do hope you’ll come around often as a reader.

I think it’s wonderful that you managed to use your student’s creativity to help him find a new way to learn.

This is an interesting post. You gave your student a pretty difficult assignment. Comics storytelling is *hard*. And to do it without words … ow. Congratulations to him for pulling it off!

I like your approach to teaching. I used to teach (or, more precisely, facilitate) in an alternative college program. One of the keys of the program’s pedagogy was what they called ‘student-centred learning.’ Which as I understood it was just using what the students were interested in to help bring them into the subject being studied (which seemed obvious to me, but I gather isn’t always that common). It really works, I found, and I’m always glad to hear about that sort of approach being used.