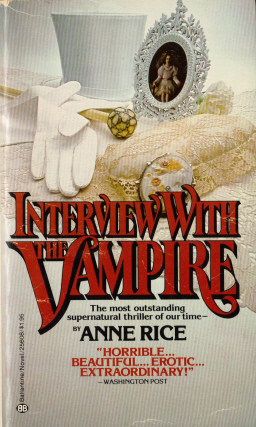 Last week, beloved editor and big cheese John O’Neill told you about the 2011 Bram Stoker Award winners which included what I consider a travesty of justice perpetuated on the vampire-genre-loving community by the Horror Writers Association (HWA).

In January the HWA, an international association of writers, publishing professionals, and supporters of horror literature, in conjunction with the Bram Stoker Family Estate and the Rosenbach Museum & Library, announced the nominees for the one-time-only, Bram Stoker Vampire Novel of the Century Award.  The Award was to mark the centenary of the death in 1912 of Abraham (Bram) Stoker, the author of Dracula.

A jury composed of writers and scholars selected, from a field of more than 35 preliminary nominees, the six vampire novels that they believe had the greatest impact on the horror genre since publication of Dracula in 1897.

Eligible works must have been first published between 1912 and 2011, and published in or translated into English.

Beyond this, the criteria for consideration seem a tad vague, but from the descriptions of the six finalists described by the HWA, here are the other points considered.

The Soft Whisper of the Dead by Charles L Grant (1983)

Interview with the Vampire by Anne Rice (1976)

Now, let’s remember what we’re talking about here.  This award is to mark the vampire novel of the century which had the greatest impact on the horror genre since publication of Dracula in 1897. 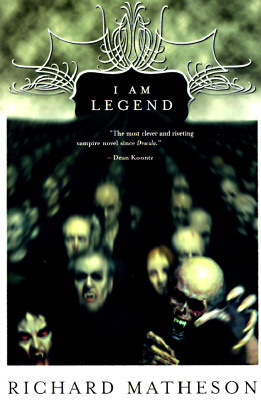 That my friends, is a tall order to fill.

And the winner was…

Let’s dissect this just for a moment shall we?

Dracula was a cultural game changer.  The novel touches on themes such as the role of women in Victorian culture, sexual conventions, immigration, colonialism, and post-colonialism. Although Stoker did not invent the vampire, he defined its modern form thus Dracula spawned almost countless theatrical, film and television interpretations.

As a cultural icon, Dracula has driven tourism, conventions, and monumental consumerism in the form of everything from t-shirts to lunch boxes to breakfast cereal.  It has been discussed, debated and written about by everyone from university professors to the Vatican.

Dracula has literary equals, but you almost always have to go outside the horror genre to find them.  However, understanding that the goal of the Vampire of the Century Award was not only to stay within the genre but within shouting distance of Stoker’s actual character, the list becomes extremely short and likely does not, in my humble opinion, end with I Am Legend.

Though I could not readily put my hands on a list of the 35 preliminary nominees, I know a bit about all six finalists, some more than others.  I’ve read all of them as well as some of their creators’ other titles and I would even call myself a fan of a few. So if we accept this list really represents the “best of the best” out of the original 35, then hand’s down I’d need to go with Interview With the Vampire. 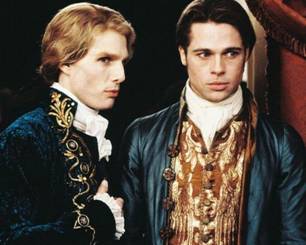 IWtV took a little while to get up a head of steam, but by the early 1980’s had spawned an entire counter-culture of velvet and lace.  Anne Rice may not have completely changed your mental image of vampires from cape-wearing to opulence-loving, but even if you’re not a fan you couldn’t help but notice that your local Hot Topics store has a lot more in the way of puffy shirts and riding pants then tuxedos – and for that you can directly thank Ms. Rice.

In addition, IWtV and its subsequent story lines are directly responsible for the surge of tourism in New Orleans beyond Mardi Gras, but specifically in October.

It was IWtV that first made a connection between the undead and the city time forgot; an association that has spawned multiple cottage industries involving “vampire tours” of the French Quarter and the city credits Rice’s fan base for bringing millions of dollars to NOLA every year.

In the 1990’s, big cities (including here in Chicago) were suddenly home to “vampire bars” where the patrons look suspiciously like extras from the 1994 Tom Cruise / Brad Pitt film.

And you can call it a reach if you like, but the 1991 launch of Vampire: The Masquerade role playing game hit its pinnacle almost simultaneously with the popularity of Rice’s characters.  White Wolf could have made a zombie game back then, but chose to ride the tsunami of popularity generated by Lestat and his fangy friends instead. 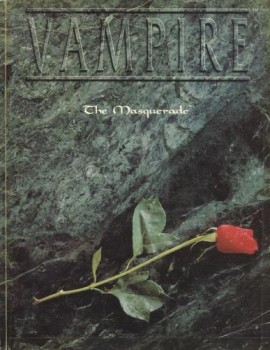 IWtV became a comic, a movie, a musical and a ballet and Rice’s characters have individually found their way into paintings, song lyrics and have been made into dolls. Coupling this with being the source of the vampire’s resurgence to pop-culture relevance, makes it a much closer second to its Dracula source material than I Am Legend.

And though I Am Legend can claim it was adapted for the screen three times, you can hardly count the last go with Will Smith.

In that rendition, Smith’s Robert Neville is a military scientist charged with finding a cure for a virus that turns people into crazed, hairless, flesh-eating zombies, so though it shares the name, it hardly shares the vampire storyline.  As far as media translations go, one could argue IWtV wins there too.

You might claim I have a personal bias since yes, I’ve met Anne Rice; several times.  However, she is in fact the only author on the list I actually have a negative personal opinion of.

Rice decamped from New Orleans returning to California back in 2004, publically denouncing all the supernatural characters that had made her famous (and rich).  Instead of lending her celebrity to the city when it needed her most following Katrina, she stay hunkered down on the west coast cranking out titles like Christ the Lord and Angel Time which never really found an audience.

Reading her latest offering, a return to the gothic genre which paid the bills for thirty years called The Wolf Gift, is like having lunch with an old flame; it’s pleasant but the spark is completely gone.

So I can honestly say I’m not predisposed. 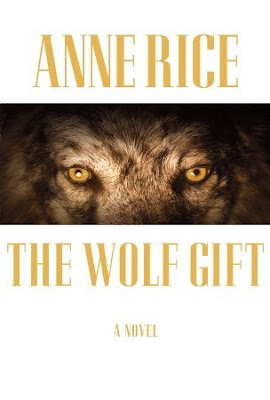 I did notice that neither Anne Rice nor Kim Newman were recipients of the HWA’s Lifetime Achievement Award, whereas the authors of the other four finalists were.  Could that have contributed the HWA’s choice of winner?  I can imagine them being this self-indulgent, yes; after all, they made up the award in the first place.

And though I will need to follow this comment by slamming my head against the desk (repeatedly) one could even make an argument that Stephenie Meyer’s Twilight Saga, all four books of which were in the hands of lip-biting, angsty tweeners before 2011, would have made more logical winners.

Like them or not (and I for one, do not) the series has gained worldwide recognition and have sold over 100 million copies globally, with translations into 37 languages.  Meyers herself was ranked number 49 on Time Magazine’s list of the “100 Most Influential People” in 2008 and was included in the Forbes “Celebrity 100” list coming in at number 26 in 2009.

Don’t get me started on the staggering figures associated with the box offices sales or merchandising.  The numbers on grungy flannel shirts alone should have caused Twilight to win on the merits of cultural impact.

What it all comes down to is simply which book you believe had the greatest impact on the horror genre since publication of Dracula; and it just doesn’t feel like I Am Legend fits the criteria snuggly enough to win Vampire Novel of the Century.

But what do you think?  Do you agree with the HWA or is there another literary vamp who should be taking the bows?   Post a comment and let the debate begin…

I agree. I prefer the film version of Interview with the Vampire, over the novel. I think The Vampire Lestat and Queen of the Damned are much better. And I just read where Anne Rice is, once again, no longer a Christian/Catholic. In, out, in, out — the revolving door of religion. Controversy created for PR? But to get back to topic at hand: no mention of FEVRE DREAM, George R.R. Martin’s vampire masterpiece? No mention of THE EMPIRE OF FEAR, by Brian Stableford? What about Nancy A. Collins’ Sonja Blue Series? Now, I’m a big fan of I AM LEGEND — but it will always be science fiction, not horror, for me. Kim Newman rocks! Can’t wait for more from him! Thank you!

—- Joe Bonadonna, author of MAD SHADOWS: THE WEIRD TALES OF DORGO THE DOSWER, where a vampire has a role in one of the stories. 🙂

I’m not convinced it’s a revolving religious door or PR but more about someone whose draw to cultural relevence was stronger than to the confession booth. Call me cynical, but the public denouncements both coming and going fall into that “methinks the lady doth protest too much” category. I think its about the money in the end. But doesn’t stop her early works from being amazing.

Haven’t read the Grant, Newman, Yarbro titles and won’t, no interest to; I’m not a King fan by any means, though he does imagine a mean tale; and neither am I a Rice fan, but…Lestat is perhaps my all-time favorite fictional character, so — in addition to all of your eloquently delivered arguments Sue — IWtV wins by a far margin in my readily-available opinion. I agree with your entire article…EXCEPT for that foolishness about Meyer and sparklies…they’re having a great impact alright, but I don’t believe it’s on the horror genre…that’s like saying [i]AIRPLANE[/i] for ever changed the airplane movie genre simply because of its label. 😉

What a poetic “Airplane” analogy; although “Airplane” had more in common with its own genre…and was entertaining as well.