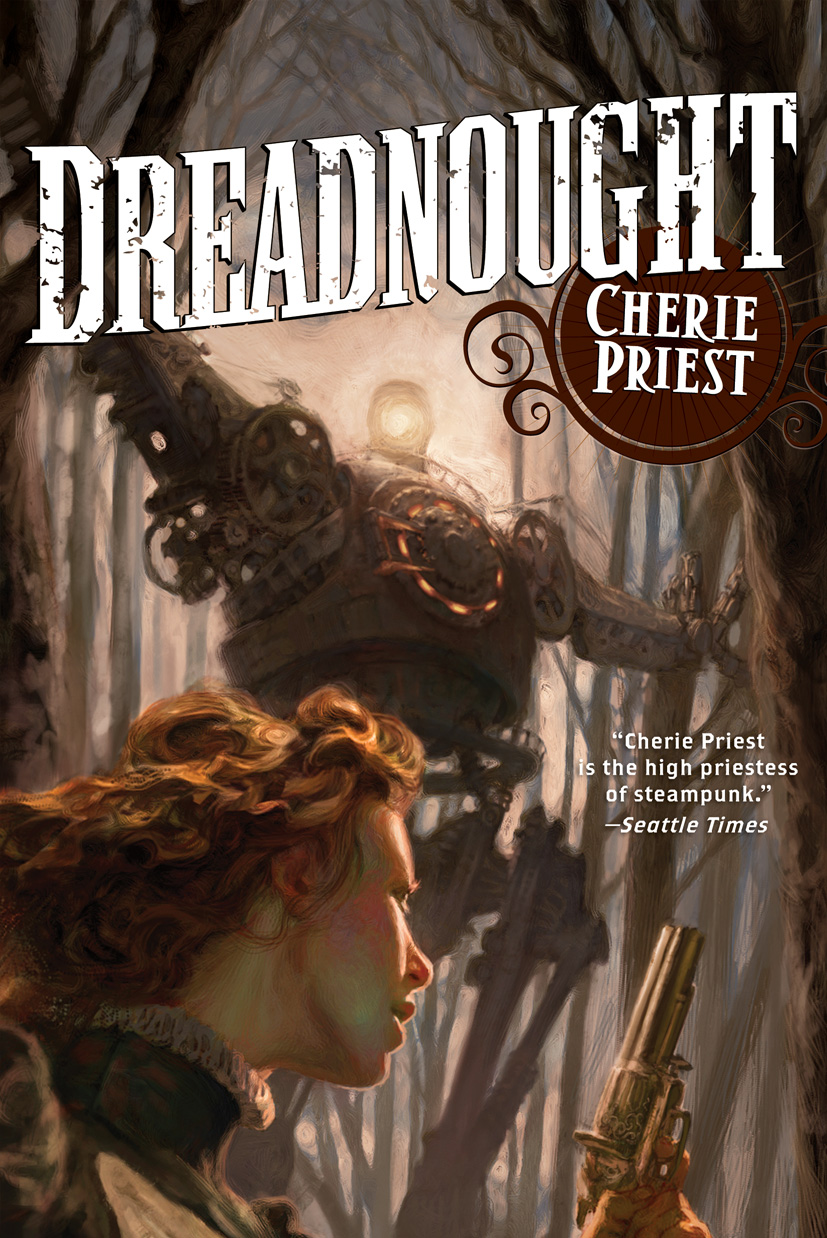 As I said in my review of Boneshaker, Cherie Priest really does a good job of writing a good action movie. There’s a cinematic style to her storytelling and pacing of events. She doesn’t get bogged down in excessive character development, but there’s enough to make you actually care about the peril the characters are in. Each character does have their own distinctive personalities and voices. Dreadnought makes these elements of her storytelling shine in an even more impressive way than her previous books in the series.

That having been said, I did feel that the ending of Dreadnought was somewhat weak. One of the things that I genuinely liked about Boneshaker was that there’s a nice twist at the ending, where you discover something new about the main character which makes everything that came before take on just a slightly different perspective. Dreadnought sort of feels like it’s heading in that direction at the end, but never quite delivers.

While the journey across country is gripping, everything about Mercy’s eventual arrival in Seattle is anticlimactic, despite the presence of various characters from the previous two books. Mercy discovers the source of some of the strangeness she’s encountered, but those of us who read Boneshaker already knew what caused the zombies.

In other words, at the end of the book Mercy has a revelation, she has a greater understanding of what has been happening, but the reader does not.

Still, Dreadnought is a fun, fast-paced action novel, and those who like to devour such books will find it a treat. If the Boneshaker film comes to fruition and does well, I have no doubt that Dreadnought will quickly follow on its heels. This is a novel that was made to be shown on a big screen.

Disclaimer: A copy of this book was provided by the publisher for review purposes.