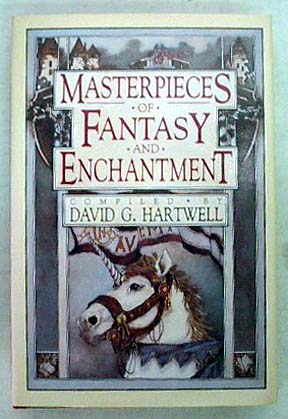 Whenever discussions of fantasy fiction arise, the question of “which came first?” inevitably follows. Newbies mistakenly think that J.R.R. Tolkien started the genre, overlooking authors like William Morris and E.R. Eddison who had already begun a rich tradition of secondary world fantasy. The same arguments swirl over the many sub-genres of fantasy, too. For example, most believe that Robert E. Howard is the proper father of swords and sorcery, beginning with his 1929 short story “The Shadow Kingdom.” But others have pled the case for Lord Dunsany’s “The Fortress Unvanquishable, Save for Sacnoth” (1908), and so on.

Once begun, these arguments inevitably reach further and further back in time. George MacDonald’s Phantastes (1858) was published before Morris’s The Well at the World’s End (1896), didn’t you know? Oh yeah, what about Malory’s LeMorte D’Arthur (1485)? I’ve got that beat: The Odyssey (8th Century BC). I see your Odyssey and raise you The Epic of Gilgamesh (1300 BC, or thereabouts). And so on. Until it seems that fantasy has always been with us.

But perhaps that isn’t the case. In an introduction to the 1988 anthology Masterpieces of Fantasy and Enchantment, editor David Hartwell draws one of the most neatly defined starting lines for fantasy I’ve encountered. Hartwell describes fantasy as a story written deliberately as unreal, and one which does not take place in the real world.

Tales of wonder and the fantastic are as old as recorded human imaginative thought, from the epic of Gilgamesh to the Odyssey and the fantastic myths of all cultures. What we recognize today as the fantasy story, however, has a much shorter history. Before the eighteenth century, a significant portion of the reading audience considered what we now read as fantastic literature to be in some way true: the tales of gods and goddesses, witches, voyages to strange lands, knights battling monsters, were all presented as taking place in the real world, or in historical or distant parts of that real world. Cervantes wrote Don Quixote in part as a satire upon those who read the romances of chivalry as literally as the miracles of the Bible. One can be sure that not all readers did this, but it was a commonplace-enough attitude among readers of his day for Cervantes to create a classic of world literature attacking it. Many people did not take the tales of Arthur as historical, but still, many others did. We do not read the same stories that way now. We read them as charming fantasies, often embodying wisdom.

In other words, most readers of these ancient myths and tales of old King Arthur thought they had some basis in fact, or were entirely factual. But in the early 19th century that all changed, as authors began to write deliberately unreal secondary world fantasies (largely for children, but later for adults too) for audiences that were in on the game of make believe. I kind of like this delineation of real vs. deliberately unreal. In addition, Hartwell pinpoints Sara Coleridge’s Phantasmion (“the earliest fantasy novel in English”) as the book that got the ball rolling, which, incidentally, is the same book that Black Gate’s own Matthew David Surridge also identifies as the first heroic fantasy (methinks they’re on to something here). Phantasmion was published in 1837. 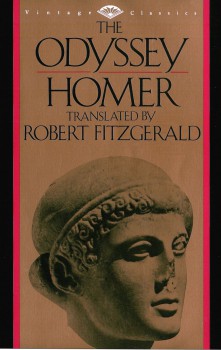 Hartwell’s assertion does raise the interesting question of whether Homer (and/or the other purported author(s) of the Odyssey) actually thought that what he was writing was real, and that you could actually sail to the Island of the Cyclopes, or whether at some level these ancient authors knew they were involved in some degree of myth-making. Still, the real world vs. unreal worlds of wonder and enchantment seems as sensible place as any to draw the line between “realistic” fiction and fantasy, and the true start of the genre.

By the way, Masterpieces of Fantasy and Enchantment is worth picking up if you can find a copy (I scored mine recently in a used book store). The TOC includes Fritz Leiber, Ray Bradbury, Gene Wolfe, Theodore Sturgeon, L. Frank Baum, Philip K. Dick, William Morris, Michael Moorcock, Ursula LeGuin, L. Sprague de Camp, Fletcher Pratt, A. Merritt, Lord Dunsany, and Poul Anderson, among others. Unreal.

I wouldn’t say only “newbies” believe fantasy began with Tolkien and sword and sorcery began with Howard. There are sophisticated and nuanced accounts of these genres that situate their beginning in these authors’s works. They do this, however, not by appealing to the subject material of the work. They appeal to the style. With Howard and Tolkien you have deviations from a kind of reality principle couched in a “realist” aesthetic set in a secondary world. This is new. Perhaps even innovative enough to signal the inauguration of a new tradition of “Modern” fantasy.

Well, I myself have declared Tolkien and Howard the two towers of fantasy, as I believe they are the best authors in their respective sub-genres (high, or epic, fantasy in the case of Tolkien; heroic fantasy/swords and sorcery in Howard’s case). My post is here if you’re interested: http://www.blackgate.com/2011/01/06/tolkien-and-howard-still-the-two-towers-of-fantasy/

That said, I can’t see how anyone can declare Tolkien the flat-out originator of fantasy in the broad context I’ve defined (unreal stories set in secondary worlds) when numerous examples exist before the publication of LOTR and The Hobbit. Do you not consider Morris, Dunsany, Eddison, MacDonald, et. al fantasy? I wouldn’t describe any of those four as working in a realist mode, either. Maybe you could define what you mean by realist esthetic set in a secondary world, and how their works conform to that esthetic?

That said, I do agree that Tolkien and Howard redefined their genres and nothing has been the same sense.

Re. Morris, Dunsany, Eddison, MacDonald: yeah, I don’t think they are writing in a realist mode; their aesthetic is, hmm…, almost “neo-classical” or even “lyrical”. I don’t know how to best describe it, but there is indeed a conformity between how they use their language and the fantastic material they use.

Sorry for the vagueness on my part. The “realist aesthetic” generally thought to derive from Fielding, Defoe, and Richardson, is what I’m referring to. Some characteristics: time is spent on describing the mundane details of the surface texture of the world, non-lyrical and sometimes colloquial language is used in dialog, characters have psychological depth and are not, broadly speaking, classical archetypes. In Ian Watt’s, *The Rise of the Novel,* he lays out a definition of “realism” that is pretty serviceable.

The key innovation of, say, Tolkien, I think, is that he marries (1) a reliance on a realist aesthetic with (2) a secondary world setting and (3) deviations from a kind of reality principle (e.g. wizards, goblins, dragons). It’s pretty strange to me that *The Hobbit* begins with, pretty much, the quotidian: a social call, discussions of contracts, food orders, etc.. It starts out more like a “novel of manners” than, say, a true fantasy. Epic poetry starts with a supplication, a call to the very Gods; *The Hobbit* starts with supper.

Were there folks who engaged in this sort of non-conformity before Tolkien and Howard?

I think Homer probably believed there was some veracity to these legends. We have people today, in a world with millions times more information available to them, convinced that the urban legends on things like UFOs are true, after all.

This definition is a pretty good one.

Brian: Great piece, and thanks for the mention! I’m going to have to dig up that Hartwell book.

jrcarney52: I can’t really agree that Tolkien used a ‘realist’ aesthetic, at least not as realism’s traditionally defined. Tolkien had little use for the realist novel, and with LOTR in particular was writing something that owed much more to things like Old English literature and the Icelandic sagas. Certainly he wasn’t interested in the novel tradition of Defoe and Fielding. I think his sense of character, and indeed of dialogue, owes more to saga-literature than the novel.

I do agree that the issue of the marriage of ‘the novel’ and ‘the romance’ is pretty key in the development of modern fantasy. Personally, I look at the attempt to mix the two as something that emerged in the Romantic era, culminating in Phantasmion. So I think there are a number of books before LOTR and The Hobbit which clearly unite movelistic and romantic aspects.

In terms of previous fantasy novels with novel-of-manners type beginnings, for example, Hope Mirrlees’ Lud-in-the-Mist begins with a couple chapters of description and history of the setting, then really starts with a boy falling sick and adults around him reacting in a mild realistic way rather than a grand epic fashion. Macdonald’s Lilith begins with a man reading in a library. Actually, even The Worm Ouroboros begins with a man going in to a room in his house to sleep. So it seems to me that Tolkien’s part of a tradition, here, and one that he was conscious of.

Orlando Furioso had a hippogriff — except that gryphons ate horses. It appears to be a wink to the audience — we all know this ain’t true.

Possibly I’m side-stepping the whole point, but I don’t find locating a starting point for written fantasy a very compelling pastime. This is not to denigrate this post! Far from it. But I cannot help wondering about the many oral traditions, later set down in print, that certainly pre-date all of the titles mentioned above. Sure, Homer might have held a certain amount of belief in Greek deities and “Homeric” mythos, but surely he also indulged in a great deal of invention and hyperbole, using those creation stories as a jumping-off point.

I recently re-read the stories of Samson in the Bible, and was struck by how many men he supposedly killed, and how easily––so easily, in fact, that except for the temple wrecking at the end, the Bible doesn’t even bother mentioning how he accomplished these great deeds. Is this a matter of faith, or is it…fantasy? When does hyperbole become an intentional invocation of the fantastic?

I would further posit that those who spread the stories of Aladdin (from indo-China) and later wrapped them into Sheherazade and her innumerable nights knew very well that they weren’t telling literal truths. African stories are equally rich––consider Abiyoyo, the giant, made semi-popular by Pete Seeger. And in general, the protagonists of these stories deal with their fantastical opponents and adventures in a decidedly “realistic” manner.

Which of these came first? No idea. I am sure of this: homo sapiens have been drawn to the fantastic for time out of mind. It’s in our blood, sometimes literally. Howard and Tolkien and so on are recent riders on a very long train. Maybe it’s just me––maybe it is useful to ferret out exact beginnings and so on––but I’d rather celebrate the varied strands than pin one down as Square One.

Besides, as a writer who jumps back and forth between “realistic” and “fantasy” projects in my own work, I get just plain fed up with the labels. Let the story be good or bad according to its merits, not where it might sit on a commercial book store shelf.

No problem Mark, thanks for the incisive commentary. Like you I also think the old story tellers added deliberate falsification to their oral histories. Which doesn’t make them any less “true,” since the truth is in the wisdom conferred, not the details.

Quid plura? | “Though the interstate is choking under salt and dirty sand…”