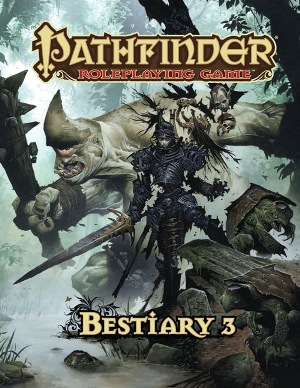 One day, long ago, I went to a Waldenbooks and picked up a copy of TSR’s Monster Manual II. It was my first monster compendium, the only other I’d seen was a borrowed copy of Monster Manual I with the rather mundane David C. Sutherland III cover. It was this book, covered by Jeff Easley, that taught me just what it was to hold the power in your hand over a world of fabled monsters.

Still, the journey into the realm of the enemy, the monster, was on well its way with that purchase, as was my apprenticeship in the profession of Dungeon Master. That trip has taken a long and twisting road through more realms of imagination that could be spoken of this day, but nonetheless, it’s been a truly special one.

Monsters, you see, are the key to everything that truly IS a role-playing game. Sure, you could make the argument that it’s about the players, the story, the social interaction, but at the core it all revolves around the conflict. This conflict, and the experience points born from it, is inherently tied to the realm of monsters.

Simply put, to be an effective Game Master [as the term Dungeon Master has become antiquated over the decades, I guess, although I still use it…] you need to have a plethora of monsters at your disposal.

This is true of any system, but even more so in a fantasy setting, and as I started playing Paizo’s Pathfinder upon its release, I’ve had the pleasure of filling my shelves with some of their rather incredible monster supplements.

Today, I’d like to speak to you about all three of their fantastic primary monster supplements, the Bestiary Collection. 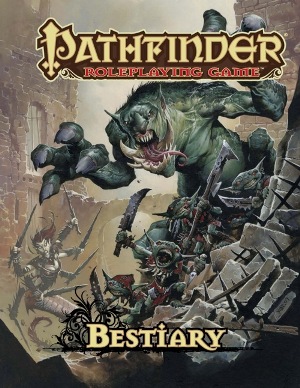 Ok, so let’s start with the initial Bestiary and why you need to own it. Well, for starters, the Pathfinder system redoes the experience point system of D&D 3.5, and the points awarded for monsters are highly buffed. This new awards system is very, and I mean very, convenient when it comes to the closing speed of adventures.

This tome has all the usual suspects you’d imagine from a beginning monster supplement, orcs, trolls, goblins, giants, dragons, etc. These are all found in here and are well portrayed with fantastic art by 24 artists and 3 art studios.

As I initially flipped through a new book I always go out looking for something that catches my eye. In most cases it’s something I remember from younger days that brings back a nostalgia to a time when I was both player and master.

In this book it was the Dark Creeper, Page 53. First seen in the 1981 TSR UK Fiend Folio, this is one of my favorite little known creatures who are a perfect complement to any low level campaign. I have to give Lead Designer Jason Bulmahn credit for including them in this work and applaud the nearly 300 pages of monsters included within.

Another final note on something fun that’s brought into play by the writers is the monster quote system. No, that isn’t to say that the monsters are talking, but after each critter is introduced, there is a brief description that helps define it for the reader. In the case of the Dark Creeper it reads as follows: “Filthy, reeking black rags wrap this small humanoid from head to toe, leaving only its hands and pale white nose visible.”

The book also includes 37 pages of great reference appendices at the end, and a quick reference monster icon tagging system that makes it much easier to know exactly what your players will be facing.

Next comes Bestiary 2, and it features another wonderful cover by artist Wayne Reynolds who has become the face of all things Paizo over the past couple of years. This cover, given over to the mythical poem creation, the Jabberwock, provides and instant impact to what the book is bringing to the gaming table. 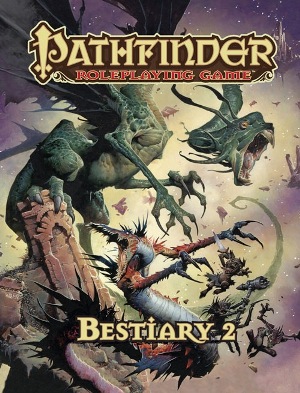 Here, we see another whopping 280 pages of monsters and their descriptors plus a second helping of appendices to clarify further rules on the subject of the more subtle workings of monsters.

As I flipped through the pages of this second tome, I was taken with more incredible art, and although it can be argued that Monster Manual II was never put to as much use as Monster Manual I, I’m not sure Paizo bought into that fact as they created this book.

Here, Paizo unleashes further study of planer races and denizens of the realms such as Nirvana and Abaddon. We also see old favorites like the Brownie and Giant Badgers [and yes, we do need some stinking badgers!]. They also include a personal gaming staple, the Para-Elemental, of which I try in any occasion I can to include in a campaign just because they’re so cool.

You can also find the Rune Giant, a Paizo creation from Rise of the Runelords, and a great foe if there ever was one. And if you’re into throwing H.P. Lovecraft inspired horrors at your players, never forget the Gug which appears on page 151!

As for my favorite creature in this work, I’d have to say it’s the Blink Dog, Page 47. I love these creatures, probably because my favorite monster is the Displacer Beast. That seems odd, you might think, but since I love to use Displacer Beasts against players, I always enjoy having one with me if I’m ever a player… you know, just in case.

So, having digested the full weight of Bestiary 2, I got the awesome Christmas gift of the Bestiary 3, Paizo’s newest addition to the mighty catalogue of foes!

This book, heralding a creepy cover of open-skulled turtle-like Kappa, a horrific undead Graveknight, and the massive rhino-horned Great Cyclops simply trembles with monsters ready for use in any campaign. 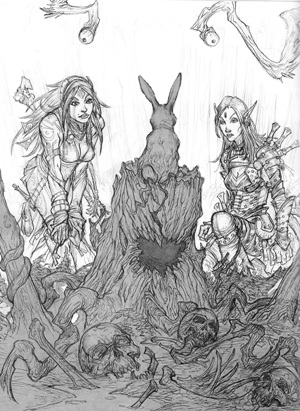 In its 280 pages [are you seeing a theme here?] of monsters you will find lovely Animal Lords, creepy Bogeyman, various and steampunk-inspired Clockworks, and if gunpowder is included in your adventures, how about throwing a Pale Stranger at your gunslinger?

You will also find various Oriental themed creatures in this collection as Paizo opens the doors to the Far East, and I have to say I’m very taken with their “Imperial Dragon” collections, the beasts some of the best I’ve ever seen done in any gaming system. You also find a nice assortment of Kami and some wonderful Oni that would trash many a gaming group if unprepared for their power.

As for my favorite inclusion I was certainly tempted to go for the Faerie Dragons, Page 91, but instead I couldn’t help but pick the Wolf-In-Sheep’s-Clothing, Page 285. This magnificent creature, first appearing in the TSR classic module S3 Expedition to the Barrier Peaks, has always held a special loathing in my heart. Funny story, it’s not the first time this creature has appeared at Paizo because when I was at GenCon this past year I bought a sketchbook from Vinod Rams which featured an interior sketch of Seoni and Merisiel attentively watching a ‘cute’ bunny atop one of these creature’s stumps. You know, I can’t help but include it because I just love to hate it so much!

Anyway, I know the question some of you must be asking after having read this… ‘Do I really need all these books?’. To me the better question is ‘Why would you think you didn’t need them?’ Seriously, if you’re into adventure, and you want to use every possible source you can to make each day at the gaming table special, then these books are a must have. They are thoughtful, well presented, and will help Game Masters and players alike imagine the kind of trials they face with each new rolling of the dice.

So for all of you out there who play Pathfinder, get these books! And if you don’t play Pathfinder, you should, because you’re definitely missing out on a company that is exactly what TSR was in 1978, only with the technology we have today and a much better business sense. When I think of Paizo I think of a company for players, by players, and that goes from their CEO all the way down to the warehouse.

Until next time, great days and great gaming!

How would you rate the new B3 vis-a-vis the first two? Any trend?

Theo: B3 has the same number of monsters, and Paizo continues to deliver quality sourcebooks. They are slowly bringing in more obscure but very cool content from D&D 1E, as well as some more powerful creatures. I’d say the book is a great mid to upper level supplement, although there is certainly enough in there to support interesting low level adventures as well. Trends? Well, like B1 and B2, the folks who are making the game are playing it, and that shows in each selection. Never, and I mean this, did I find something in any of these books that I thought ‘ok, this is a stretch’. However, I did see that Paizo is also developing their own world inside these pages, so B3 helps define their Oriental setting, and perhaps a B4 might better detail creatures from another localized setting, which I find a nice touch.

Thanks, Scott. You have successfully increased my already high book-lust for B3. One trend I noticed from B to B2 was improved illustrations. There were a few (a very few) duds in B, and I don’t think I found any in B2 when I sat down to compare them.

I would bet you are right about the theme/locale development as being a trend we see continue with B4.