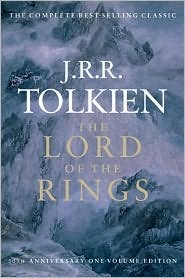 And whether or not Tolkien’s works will stand the test of time is not within our lot to know, so that the Tolkien enthusiast’s need to defend Tolkien’s title of “author of the century,” as a result of the recent Waterstone’s poll of 25,000 readers in Great Britain in 1997, may be unnecessary and even gratuitous. A work like The Hobbit that has already been translated into thirty languages or one like The Lord of the Rings, into more than twenty, has already demonstrated the virtues of both accessibility and elasticity, if not endurance. An author who has sold fifty million copies of his works requires no justification of literary merit.

Is The Lord of the Rings literature? The answer depends on who you ask. As I see it, four camps exist, each with a different take on the question.

Camp 1, Devoted Tolkien fans. Ask one of these folks and you’re likely to hear, “A Elbereth Gilthoniel! Of course. Need this question even be asked?” For members of Camp 1 the evidence is plain, the case long made for Tolkien’s literary greatness—even if they don’t always offer clear and/or compelling supporting evidence.

Camp 2, Ardent Tolkien haters. An answer by a member of Camp 2 is typically something along the lines of [Sarcasm mode on] “Tolkien’s books had literary merit?” [/Sarcasm mode off] No awful children’s story about Elves and Hobbits and Dark Lords could possibly qualify as literature. At least The Sword of Shannara wasn’t boring.

Camp 3, Literary conservatives. Even if they like or love The Lord of the Rings, members of Camp 3 feel it’s too tainted with the brush of genre, too fantastic, and/or too esoteric and quirky, to qualify as literature. It therefore doesn’t rise to level of The Great Gatsby or Pride and Prejudice, which are character-focused and concern real adult issues. Even if its members secretly believe The Lord of the Rings could be literature, Camp 3 frequently stops short of a public declaration, fearing that Harold Bloom may arrive at their doorstep to revoke their BA in English.

Camp 4, Literature haters. The fourth camp despises the word “literature” (they often use it derisively, in quotation fingers), and refuse to address the question on any level. Love or hate The Lord of the Rings, this group couldn’t care less as to whether it (or any of their favorite books, for that matter) rises to this meaningless, elitist standard.

So where do I fit? At various times in camps 1, 3 and 4. I’m an avowed Tolkien fan, with my feet firmly planted in Camp 1. At times I fret about declining literary standards, and recoil when someone describes their favorite Manga as a work the equal of Macbeth (Camp 3). But the next moment I find myself taking delight in mocking the warders of the gate of the English literary canon (Camp 4).

In order to properly answer the question, one first needs to answer a far more difficult question: What is literature? Yeah, best of luck with that. Unfortunately its definition is ephemeral at best, and largely a matter of personal taste. This is, of course, little help when you’re trying to win an internet debate. We need facts, man, not opinion, if we’re going to plead the case for LOTR’s greatness in a web forum. 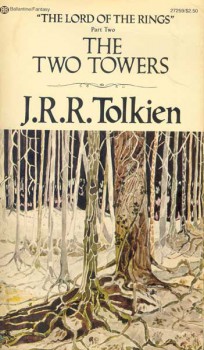 Although members of Camp 4 might not like to admit it, describing a book as “literary” has meaning. It’s a statement of quality, if only to provide distinction from fare like Twilight or The DaVinci Code. G.K. Chesterton wrote that “Art, like morality, consists of drawing the line somewhere.” In other words, there’s a difference between fast food and fine dining. It is possible to talk about the quality of a piece of art, and what makes it such, even if the borders are hazy and ill-defined, and the middle ground a nasty no-man’s land of internet flamewars and slap-fights in the halls of academia.

I’m actually less concerned with pleading the case for The Lord of the Rings as literature than in making the argument that it’s a work of extraordinary quality. Sure, it’s a long tale about war and quest set in an impossibly ancient Age, and a vehicle an Oxford Don used to tinker with fictional Elven languages. But it’s also so much more. Part of the problem with placing the “literature” label on The Lord of the Rings is that it in many ways breaks the mold of what we traditionally consider literary. The Lord of the Rings defies many of the conventions of the modern novel, while at the same time belonging firmly to the modern era.

So back to the question: Is The Lord of the Rings literature? 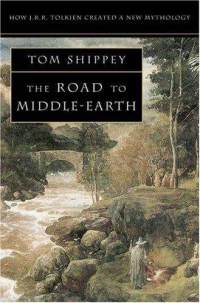 As I hope to prove in an ensuing post, the answer—by any measureable use of the word “literature,” or “literary”—is yes. In fact, it’s rather unnecessary of me (and arguably presumptuous) to undertake this task when a book like Tom Shippey’s The Road to Middle-Earth exists. Without too much exaggeration, Shippey has probably forgotten more about Tolkien than most casual readers will ever know.

But the unfortunate reality is that most people in Camps 2 and 3 (and even a lot of residents of Camp 1) will never read Shippey’s works, nor other important critical studies like it. And Tolkien continues to be unfairly tagged with descriptions like “lightweight” or “wonderful worldbuilder, lousy novelist.” Take a look at the spate of reviews of A Game of Thrones which inevitably compare George R.R. Martin to Tolkien; the standard formula is to elevate the former by denigrating the latter’s works as simple, shallow, and for children.

I wholeheartedly concur that The Lord of the Rings is a rousing adventure story that can be read for sheer pleasure and delicious escape. Middle-earth feels real, and lived in, and this is part of its appeal. I won’t deny it: I love to go There and Back Again every so often in my own well-worn copies. But The Lord of the Rings also bears repeated readings to discover its sub-surface elements, and invites deep analysis and study. It has tremendous popular appeal (which may in fact hurt its perceived literary standing), and though it has its share of vocal and visible detractors, many other prominent literary critics have sung its praises. Its influence on subsequent writers is clear, and it shows all the signs of being with us for the long haul. It speaks to us about the human condition and is applicable to events in recent history and in our own time.

In short, The Lord of the Rings is literature*, which I hope to prove in Part II of this post.

*With all apologies to Camp 4, of course.

Is The Lord of the Rings literature? Of course it is.
I only have two issues with the argument’s introduction.
One: There should probably be more than four camps. What about cultural studies? And what about those who believe that all written works are literature of greater and lesser quality with their place in a “canon” being determined as much by culture as by its quality?
Two: Of course some Manga are great works of literature. It may not be Macbeth, but Fullmetal Alchemist and Death Note should be contenders.

Of course there are more than the 4 camps I’ve described, but these are the most common ones that I generally see ’round the internet, and the most general lines along which disagreement occurs.

Sorry for the shot at Manga. See, that’s my Camp 3 tendencies betraying me.

A smart and well-written article, Brian. As far as I’m concerned, Tolkien has already passes the test of time. “The Hobbit” was first published in the 1930s, I believe; LOTR in the 50s. Peter Jackson’s films added to the legacy. I’m still not sure if Tolkien is the “author of the century.” He certainly is the most influential writer of the century. (He influenced me even more than R.E. Howard did!) As far as LOTR being literature — of course it is, without question! I’ll be reading the Sacred Trilogy again for the sixth or seventh time, and I’ll be watching the films again, too. Adio!

— Joe Bonadonna, author of MAD SHADOWS: THE WEIRD TALES OF DORGO THE DOWSER.

While I would surely put myself in camp 1, I have to wonder if the sheer amount of scholarship devoted to Tolkien’s writings don’t in some measure prove that his works are Literature.

In the face of these kinds of debates, I comfort myself in the Capitalist model of determining Literature. How many millions of copies has it sold?

Interesting article, Brian, and I’m looking forward to the follow-up! I think it’s an impressively difficult task you’ve set yourself, too. Tom Shippey had a bit in Tolkien: Author of the Century where he noted that people who don’t want to look at Tolkien as literature rarely say why — they just sort of assume he doesn’t count. In my experience, that’s a pretty accurate statement. It’s sort of like arguing against mist, if you see what I mean.

Then again, as you say, there does seem to be a vogue for praising George R.R. Martin by denigrating Tolkien, which I can’t understand. Tolkien’s world seems much truer to me, his characters more in tune with their society, his grasp of morality more profound. I dunno; I like Martin well enough, but I don’t get it.

darangrissom: The problem with the capitalist model of literature is that what sells well is rarely stuff that gets considered literature. That is, if you look at bestsellers of decades past, they rarely stand up over time — you may remember the piece I had here the other week, about Q.D. Leavis’ look at bestsellers. I’m not entirely sympathetic to her view of literature, but it’s fair to say that most of the books the looked at really were ephemeral.

Tolkien having lasted over fifty years actually looks pretty good on that score. I suppose the question becomes does he get slotted with Dumas, Scott, and Burroughs, or — what I presume Brian’s talking about — does he get classed with (say) Milton, Bunyan, Blake, Shelley, and Yeats? I think he fits more naturally with the second group than the first; I look forward to seeing what Brian has to say.

Thanks Matthew, though I likely bit off more than I can chew. In fact, I’d be better of just directing folks to your recent three-part article, particularly the last on dramatic irony, which answers any questions about whether Tolkien used sophisticated literary techniques (again, bravo on those fine pieces). I’m going for more of the 20,000 foot view here.

Here’s a bit more babble from me on the subject: http://thesilverkey.blogspot.com/2011/09/why-tolkien-needs-defending-classic.html

“Literary” is not the equivlent of “Literature.”

I love literature. I do not love so very much all the time literary, though sometimes I do love literary very much. It all depends. But I could not live without literature.

Well, maybe I just mean by not living without, I mean, um, the really interesting well-organized narratives that take into account the past, the present or the future, politically, based in the very real emotional experience and material experience of being a being on this planet and all that means.

O forget it. I am not making sense.

Tolkien may not be literary, per se, but his work IS literature.

The Lord of the Rings | LATEST MOVIE NEWS

Black Gate » Blog Archive » Is The Lord of the Rings Literature?