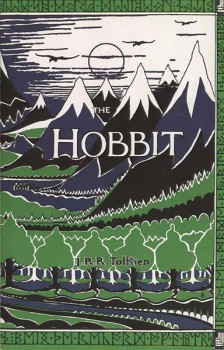 I’m officially Much More Encouraged about The Hobbit now that I’ve seen the latest production video released today. You can view it here on Peter Jackson’s Facebook page.

I’ve long believed that The Hobbit is (or was) a risker film to make than The Lord of the Rings. Not now of course—The Hobbit is all but a guaranteed hit, as most LOTR fans would lap up a Jackson-directed four hour Tom Bombadil Lifetime special. But I think it was a smart move to make The Lord of the Rings first. Even though Rings is five times the length of The Hobbit, features far costlier set pieces, and has a much more complex, sprawling narrative, The Hobbit has its own unique movie-making handicap: Namely, that it’s about a hobbit and 13 dwarves. Hunks like Orlando Bloom and Viggo Mortensen and chicks like Cate Blanchett and Liv Tyler are nowhere to be found (though most of these guys are getting cameos, it seems. And Kili is the token heartthrob). A troupe of short, bearded, rotund men is a tougher sell for mass audiences used to handsome stars and starlets.

In perhaps the only serious moment of an otherwise fun, lighthearted clip, Jackson admits as much. “Thirteen dwarves is one of the reasons why I dreaded The Hobbit, and why I really didn’t think I was going to make it for such a long time. But the irony is, it turns out to be one of the joys.” 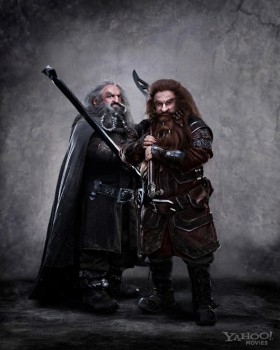 Until today, I was worried. The still photos of the dwarves  released over the last two weeks left me feeling a fair bit of “meh.” I didn’t like the straps and buckles/black leathery appearance of their gauntlets and armor. These are radically different from what Tolkien describes in the books, which are cloaks and brightly colored belts and hoods. And later, coats of fine, shining mail studded with bright gems from Smaug’s horde.

It wasn’t so much Jackson and co’s visual differences that put me off, but rather the change in the tone that their tough, grim appearance seemed to imply. The Hobbit began as a children’s book before morphing into something harder and darker, and this is part of its appeal. Yes, the dwarves are on a mission of revenge to kill a dragon that feasted on their relatives and stole their treasure, but it was all very seat-of-your pants stuff with little to no thought given to the consequences. In contrast, the dwarves in the still pictures looked like professional kick-ass soldiers of fortune. In the book they’re not exactly buffoons, but in the comfy confines of Bag End the actual details of the quest and its grim conclusion with Smaug seem like an afterthought, as if they themselves (Thorin aside) don’t expect to ever reach their destination, but rather end up sidetracked in some roadside mead-hall before wandering off to their personal halls of stone.

The video is much more bookish, and encouraging. It shows the dwarves in cloaks, eating, tuning up instruments, laughing, and later moving and fighting well. Thorin looks great and is a tough, driven SOB, just as he was in the book when, armed with naught but a tree branch, he gives a pair of monstrous trolls much more than they bargained for.

On top of that, the clip features a wonderful quick hit of Christopher Lee (my advice is to watch the whole thing to the end), and an immensely fat Bombur rocking out to Metallica on the air guitar.

Tolkien foretold such difficulty in converting the book to film:

“Fifteen birds in five fir-trees,
their feathers were fanned in a fiery breeze!
But, funny little birds, they had no wings!
O what shall we do with the funny little things?”