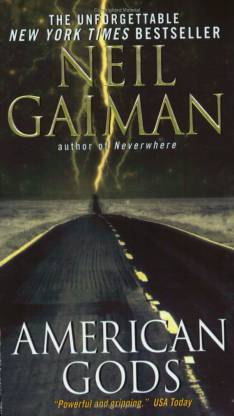 I have a special place in my Goth Chick heart for Neil Gaiman, due to a distinctly unique phenomenon for which he is responsible.

He is one of only two authors who have made me laugh out loud, and though South Park can elicit a hard core chuckle from me at times, it almost never happens when I’m reading.

Up high on this personal literary pedestal, along with Mr. Gaiman, is the one and only Douglas Adams; he who is responsible for The Hitchhiker’s Guide To The Galaxy which I have read so often I can practically recite by heart, and which never, ever fails to crack me up. But honestly, I sort of take Mr. Adams as a given.

I was on vacation when I picked up a copy of Good Omens, having not been that familiar with Gaiman’s work. Hours later when I finally put it back down, I decided it was nothing short of genius on multiple levels, not the least of which was the humor.

And before I start getting letters, I realize that Terry Prachett co-authored Good Omens and Gaiman can’t be given full credit. However, I have read other Prachett stories and decided it must be the parts that Gaiman wrote in Good Omens which were the source of the hilarity; because as clever as Prachett is, he never caused me to make a public display of myself.

Gaiman followed with another classic, Neverwhere, in 1996 and Stardust in 1997. I have since adored every tale he has turned out. So it was with great interest I learned that nearly simultaneously with the premier of its epic Game of Thrones, HBO has announced that American Gods will be adapted into a new mini-series, with Gaiman himself co-piloting the writing, along with Robert Richardson.

If you’re not familiar with American Gods, which came along in 2000, it landed Gaiman a highly sought after Nebula Award, which honors the top sci-fi books every year, as well as both a Stoker and a Hugo Award, and tells the tale of a battle between two sets of gods. One consists of the traditional gods and mythological creatures that got their power because people throughout history believed in them. 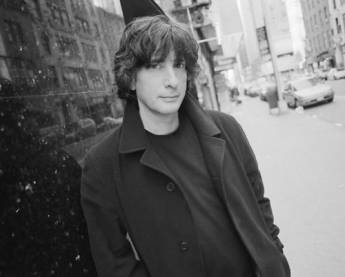 They are losing steam as people’s beliefs wane, and are in danger of being supplanted by a new set of gods who reflect America’s preoccupation with technological advancements and obsessions with media, celebrity and drugs. The protagonist is an ex-con who becomes the traveling partner of a conman and who turns out to be one of the older gods in disguise, trying to recruit troops to battle the upstart deities.

It is with a bit of shame that I tell you American Gods, brilliant though it was, is not my favorite Gaiman story; but that opinion may change entirely when Playtone Productions gets done with the visuals. American Gods was brought to HBO by Playtone Productions company partners Tom Hanks and Gary Goetzman, and it was brought to them by Robert Richardson.

Richardson is the renowned cinematographer who just completed Hugo Cabret and whose recent credits include Shutter Island, Inglourious Basterds and Kill Bill. He is a regular collaborator with directors that include Martin Scorsese, Quentin Tarantino and Oliver Stone and has won Oscars for The Aviator and JFK. However, American Gods will be Richardson’s first significant scripting effort which he’ll get to do in collaboration with Gaiman.

Not bad for a freshman writing gig.

For his part, Gaiman’s name has most recently been in the media due to stalled development on a TV adaptation of his better-known surreal comic series The Sandman. In addition to this, readers may forget (at least I did) that Gaiman had previously crossed over into Hollywood with his book Coraline and the screenplay for Robert Zemeckis’ film Beowulf.

So does HBO and Tom Hanks taking on American Gods equal your vision of mini-series heaven or hell? Post a comment or drop me an email at sue@blackgate.com.