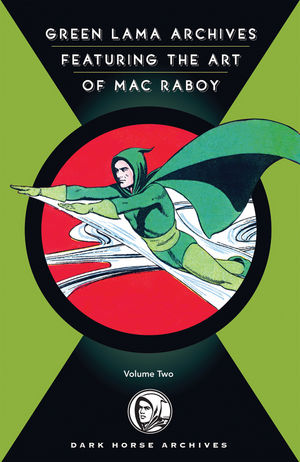 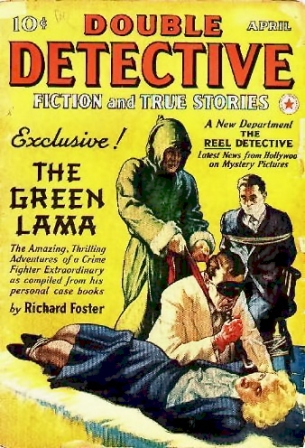 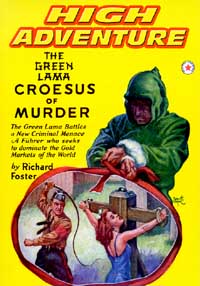 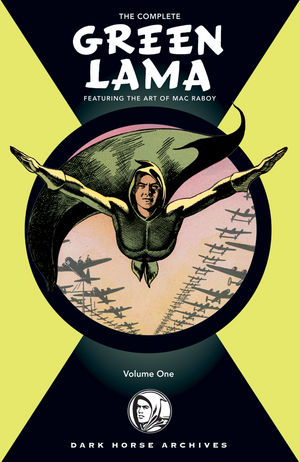 Thirteen additional Green Lama stories were published in the pages of Double Detective over the course of the next two years. While Altus Press has announced plans to reprint the entire series, currently only the first six original stories are readily available as reprints in High Adventure. Less than a year after the character made his pulp debut, he made a successful transition to the comics medium and enjoyed an equally successful run with his own comic book series at the same time as the pulp adventures were being printed. Crossen wrote the scripts for three dozen comic book appearances for his character. Dark Horse has collected the last eight issues in a pair of prestige hardcover collections.

While the comic adventures of The Green Lama outlasted the pulps by a couple of years, Kendell Foster Crossen was not willing to let the character die once the comic series ran out of steam. Radio beckoned and The Green Lama took to the airwaves in 1949 with Paul Frees voicing the character. Crossen continued to script the radio adventures, but sadly the medium did not prove as popular for The Green Lama as it had for The Shadow and the series only lasted for a single brief summer run. A proposed television pilot for CBS failed to materialize once the radio series was cancelled. 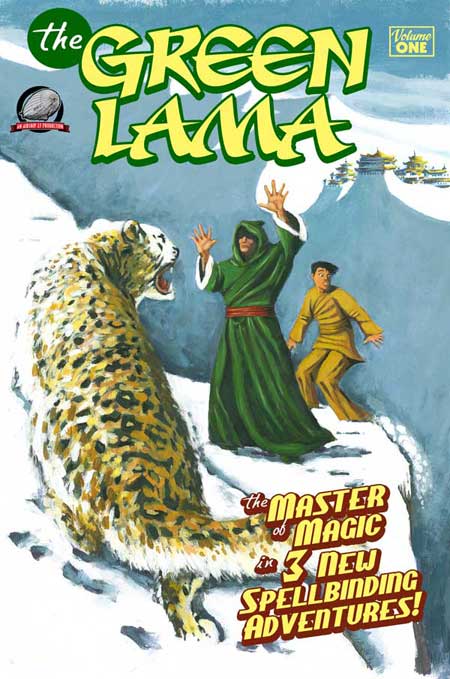 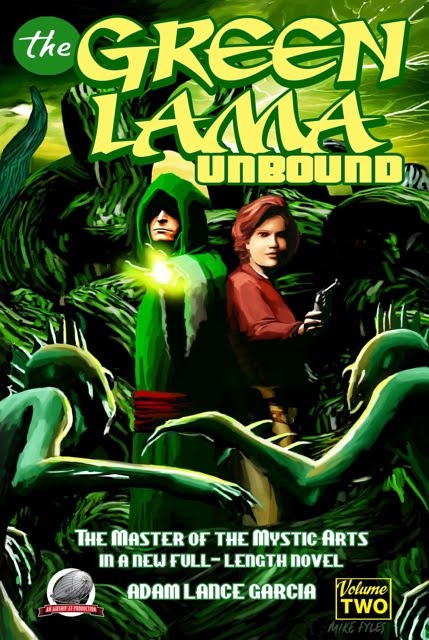 The character fell into obscurity for a few decades until its revival first as an indie comics favorite from the Golden Age by various publishers including Dynamite and Moonstone and then in a new series of pulp adventures (retaining the original period settings) from Airship 27. These new pulp adventures do much to build a more stable continuity around the character incorporating and expanding on what Crossen had originally contributed. They also crossover the world of the Green Lama into that of other pulp characters to the delight of Wold Newtonians and pulp fans everywhere.

The quality of writing in the two volumes currently available from Airship 27 is impressive. Adam Garcia, in particular, brings a depth of spirituality and personal faith to the second volume, a full-length novel entitled The Green Lama Unbound that does justice to Crossen’s original concept of combining Buddhism with pulp heroics.

Bringing the Lama into the world of H. P. Lovecraft’s Cthulhu Mythos was an inspired move and one that is central to Airship 27’s revival of the character that manages to not only to honor the original stories, but also enriches them and expands their universe as the writers deepen the characterization and build a more concrete origin and back-story into the series’ framework. Both volumes are well worth seeking out and set a high standard for future installments of this enduring figure.