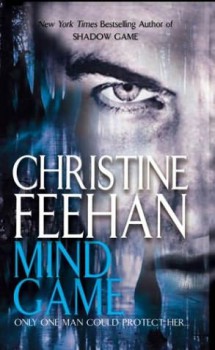 What is the essential difference between Fantasy and Romance?

The lines appear to be increasingly blurred these days. While the RWA didn’t include the teen romance of the Twilight series on its list of bestselling romance novels, the current list includes books from the Ghostwalkers and Immortals After Dark series and one can hardly walk through a grocery store, let alone a bookstore, without encountering a love triangle between a woman, a vampire, and a werewolf. For some reason, it would appear that two vampires, or alternatively, two werewolves, seldom share common tastes in human women. So there is magic and the supernatural in Romance and certainly there is no shortage of love and sex in Fantasy. So what is the difference?

Aside from the covers, arguably the most reliable method to distinguish between the two is this: In Romance, men typically pursue women. Sometimes they even ravish them. In Fantasy, on the other hand, men are almost invariably surprised by female interest in them.

Two weeks ago, I posted about the intrinsic historical and religious absurdity of most modern fantasy. There is no need to revisit that topic, except to note that I am quite enjoying The Heroes by Joe Abercrombie without seeing any need to revise my opinion. But potential literary effects of authorial amorality notwithstanding, it must be noted that modern and traditional fantasists are both guilty of an even more egregious literary offense against normative sexual patterns. 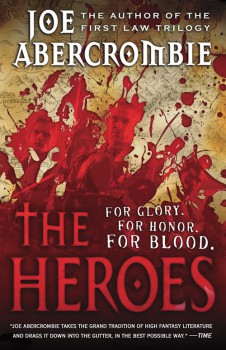 Now, by normative sexual patterns, please note that I’m not talking about the sexual orientation of protagonists, much less idiosyncratic deviations such as Robert Heinlein’s late stage obsession with incestuous red-heads. I’m simply talking about the observable pattern related to which sex is normally portrayed in pursuit of the other. For whereas in the normal Harlequein bodice-ripper, there is an amount of bodice-ripping that is expected to be performed and the very term used to describe the genre strongly implies that there will be a handsome gentleman, or perhaps a dashing pirate, who will be doing the aforementioned ripping of the bodice. And it is not shy, retiring men who rip bodices or weaken the knees and the will of women with their smoldering gazes. These are simply not men who are liable to be taken by surprise at the notion that a woman might find them sexually compelling, indeed, they would appear to assume that any woman fortunate enough to be the target of their attention will be.

Needless to say, this is not the behavior of the normal fantasy protagonist. The conventional fantasy romance develops with the hero casting shy gazes at the beautiful woman he considers to be far, far out of his reach, until one day, unexpectedly, she either a) kisses him without warning or b) slips into his blankets unannounced at night. From that point on, the fantasy hero never looks at another woman unless the plot requires a brief separation that will be quickly resolved amidst many assurances of the hero’s perfect loyalty to his unexpected lover. The same is by and large true of science fiction. This dichotomy between markets might seem to border on the inexplicable, unless one has ever been to a SF/F convention and had the good fortune to meet a number of male science fiction and fantasy writers. While they are invariably interesting and intelligent men, one would be very hard pressed to find a group of men who could serve as a more perfect antithesis to the pick-up artists who stalk the nightclubs of the urban West. As one might expect, this is an area where female science fiction and fantasy writers tend to do rather better than their male counterparts, as even their strongest, most independentest women warriors usually enjoy a male pursuer or two.

Given that romance has never been a central aspect of fantasy, this isn’t a big deal either way. But for the discerning fantasy writer who wishes to write characters that feel alive, it might not be a bad idea to look around once in a while and note how men and women actually tend to interact when they are not engaging in snappy banter.

“For some reason, it would appear that two vampires, or alternatively, two werewolves, seldom share common tastes in human women.”

That really cracked me up. Sly and witty you are, sirrah.