The scope of Art Evolution continues, but if you’ve missed any previous artists you can go back and find them here.

‘Middle-Earth Lyssa’ was complete, and I was looking for more recruits. During this whole process I’d kept to my promise, making sure that every person I’d come in contact with, even those who’d turned me down, continued to get updates. 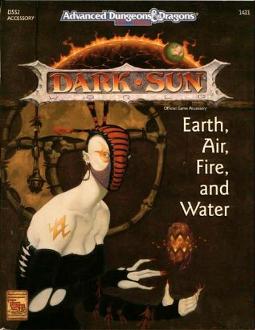 The winter progressed, and during the dead of that cold time it was a great surprise, and certainly a sense of justification for my efforts, when Brom emailed me and said that he’d see what he could do to help out.

Well, three cheers for Brom, a true man of character!

When I was in college, and spent most of my mother’s hard-earned money on comic books [instead of food, or gas, or clothing, or heat…], but I was happy with my long-boxes. That said, I neglected my RPG collection, but lucky for me a friend in my little circle of role-players decided to purchase the TSR campaign setting Dark Sun. As a DM at heart, I decided that I’d take a break from running a game [and therefore having to buy all the books involved in it] and let this guy do the legwork.

So that’s how I was introduced to Dark Sun as a player, and although the campaign eventually fizzled as most do, the lingering effect was that I’d really enjoyed what I’d seen of the universe. Still, I didn’t own a shred of Dark Sun material, so it just hung back in my memory as my life moved ever on. 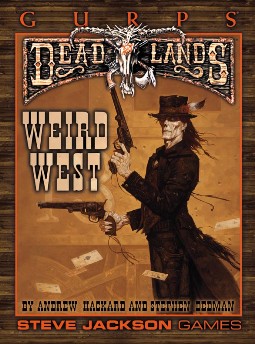 Fast-forward over a decade and I’m sitting in my basement with a bunch of role-players and the youngest of them says, ‘Boy Scott, you have a huge collection of RP stuff, do you think there is any way I could take a look at your Dark Sun stuff?’

Now I pride myself on having a bit of everything, or in most cases a LOT of everything, but all I could do was sit there and shake my head. Of all the things he could ask for and he throws out Dark Sun… Bugger!

So what did I do? I went on an epic buying spree on eBay, the entire universe of Dark Sun coming to my house in small postage boxes over the next few months. Each time I opened one it was like Christmas because not only was I reliving my single campaign in the system, but I was experiencing the birthplace of Brom. 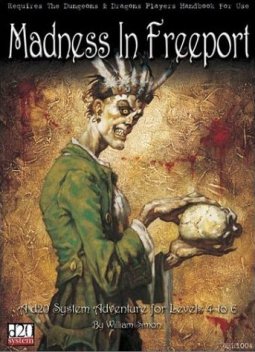 Obviously, I wasn’t the only one. Brom went on to put his unmistakable stamp on the six-shooters of Deadlands as well as Magic the Gathering and of course Vampire, Wraith, Freeport, and even a personal favorite but little known system called Fading Suns.

All artists on this list made an impact, but some just hummed a few bars of the RPG world, yet Brom absolutely crushed it. He is a cover man, an icon, and his work totally dominated what was hot for a decade and a half in RPGs.

As I looked over the catalogue of Brom’s work, I couldn’t help be drawn into the darkness of it all. His work spoke to me of a supremely shadowed soul for someone who came through for me in such a kind way, yet all those who I’d spoken to concerning him agreed that he is a fine fellow. It does make me wonder, however, where this inspiration comes from, and even today he seems bent on translating things into darkness with his newest endeavor, the gripping novel The Child Thief.

Perhaps there is just a little Clive Barker shard in him, but whatever the case I feel blessed to have been given the opportunity to see his version of Lyssa in this project. The inclusion of the following is yet another fine jewel in the RPG crown I was creating, and it sparkled even in all its ebony glory.

Although Brom’s ‘pit-given’ world, Dark Sun, fell away on his departure from TSR, his art remains the lone survivor of that system. Brom created a bridge between beauty and horror, his work inspiring with the tatters of lost Egypt bound in Gothic finery. Almost anemic in body image, his boney lines and pale skin carried the first signs of new and invigorated genres ready to rise and compete in the dawn to the CCG. 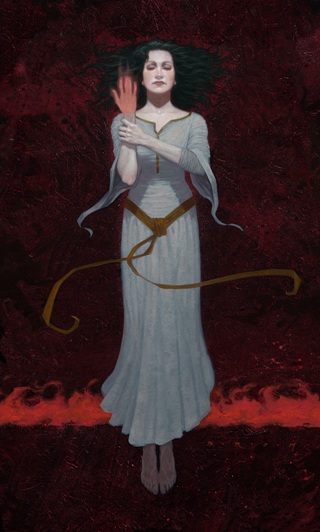 Brom left TSR in the early days of the decade, but he branched out into smaller markets ready to shine as the nineties progressed. His Goth style and oil-infused characters gave rise to the shadow cults of the weird west in Deadlands. He defined dusters, black leather, and mummy wrap like no one before him, and the industry was better for it. For all this, Brom has become the magi of dark fantasy, and his place in this greater pantheon is secured with heavy buckle and pierced flesh.

In pure gaming terms, Brom teaches us that even the ugly can be beautiful, and in an era of shiny vampires he still brings us back to the roots from which the legends of dark blood-drinkers rose. The grim hand of Death hangs above all Brom’s creations, and yet the life in them reaches out to touch those who dare look behind the veil.

This version of Lyssa, that of the witch, is in itself a perfect reflection of what Brom brings to the genre, beauty and shadow, the magical combination like silver clutched in the hand of a begging man.

Current Status: Brom still resides deep within a basement in the pacific northwest. He continues to put out fantastic art, but it’s his writing career that now draws so much attention. You can take a look at his latest projects here.

This art has a steampunky look to it, huh? Pre-steampunk? Very cool.

This incarnation of Lyssa looks like a Magic the Gathering card!