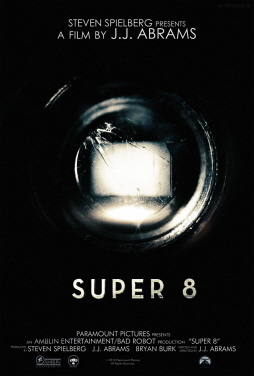 There are bits of wrapping paper static’d to the lamp shade and tendrils of curly ribbon hanging off the chandelier. Here I lay in a sugar and red meat coma under the pressing weight of one too many conversations with the essence of Christmas spirit, three times distilled. With New Years Eve still in front and a bacchanalia of epic proportions behind, what can I do but think happy thoughts about the coming year and a time when the little troll living between my ears will finally stop running in circles and shouting.

Trust me, it’s possible to have too much of a good thing.

But 2011 looms large and full of promise; that not all movies will be filmed in 3D, some remakes may be worth watching and some events will be worth waiting for. So for you I pull myself up off the sticky floor and shake the glitter off my Mr. Grinch flannel PJ’s to bring you the annual “Cool Stuff in 2011” list. I know you probably have some of your own things to add to it, but far be it from me to ask you to get up and try to type in your current state. Nope, leave it to me to take one for the team, and if you feel up to it later, go ahead and chime in.

Now that the room has stopped spinning, let’s start with the movies.

Super 8, a collaboration between Steven Spielberg and JJ Abrams is the obvious place to begin, mainly due to the two gentlemen at the helm.  Until its release in June, you can content yourself by following along with the elaborate viral marketing campaign that has been teasing the crap out of those of us trying to determine the focus of this film. 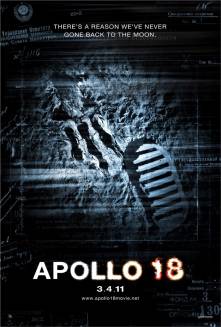 Start here and follow through all the various links which kicked off last summer and you just begin to get the idea Super 8 has something to do with aliens and Area 51.  The only thing we know for sure this is not a sequel to Abrams’ 2008 monster flick Cloverfield.

Speaking of viral marketing campaigns Apollo 18, due out in March, has several slick elements of its own including a vague but intriguing video followed by several bits of “top secret” information alluding to a nefarious and toothy reason why the United States never attempted to go back to the moon.

Though personally, I’ve been a complete sucker for cloak and dagger marketing ever since The Blair Witch Project, I’m starting to get a little worried that these campaigns will ultimately become more entertaining than the movies they’re meant to promote.

But let’s think happy thoughts, have a large glass of ice water and continue.

For the more straight-forward scary-move fan, there’s a few on the near horizon that look pretty juicy. 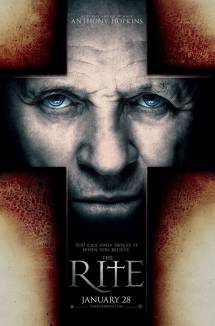 January brings the release of The Rite starring Anthony Hopkins as the Vatican’s go-to exorcism expert in the midst of a frightening uptick in reported demonic possessions. Clearly someone has spied on the holidays at Chateaux Goth Chick.

Calling all Night of the Comet fans, Vanishing on 7th Street opens in February starring Hayden Christensen as one of a small group of people who wake up one day to find all their fellow citizens have disappeared right out of their clothes.

(Check out the trailer at the link above and watch for the airplane in the background).

Unlike the 80’s cult favorite, Vanishing looks to have an evil spirit/soul stealing element to it. If it’s anything as good as its previews, I’m definitely in.

Last but not least comes in March when one of my favorite actors, Gary Oldman, puts a twist on the classic werewolf tale in Red Riding Hood.

The movie looks to be visually beautiful in a Tim Burton kind of way, but I’m a little worried about the Twilight-y feel to the trailer and the fact it was directed by Twilight veteran Catherine Hardwicke. 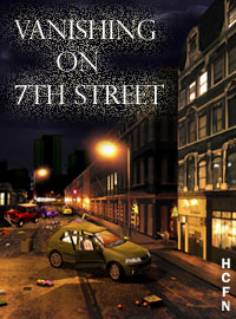 Spare me anymore girl-meet-hunky-canine stories and let’s have a good, grungy fairy-tale-gone-wrong.

There’s also new horror between the pages in 2011 and a couple in particular that I’m looking forward to.

First up is Eutopia: A Novel of Terrible Optimism (and no, I didn’t spell that wrong) being released in May. Written by Bram Stoker award winner David Nickle, it looks to be about a turn-of-the-century industrialist’s attempt to construct the perfect society, with horrible, icky consequences.

Also out in May is The Door to Lost Pages by Claude Lalumiere.

The description brought to mind a somewhat obscure but extremely cool short story by Theodore Sturgeon, “Shottle Bop.” In both cases, an outcast finds a refuge in a strange store full of mystifying gods and horrifying monsters. 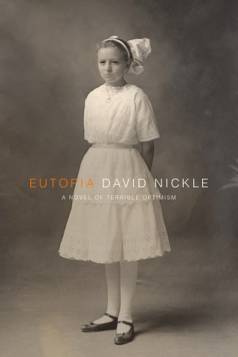 May is going to be a busy month indeed. And that doesn’t take into account the normal Goth Chick tour of not-to-be-missed trade shows.

The Halloween Costume and Party Show in March promises to be bigger than ever, but has moved out of my beloved Chicago and south to St. Louis this year.

Back up north in the Windy City later that month is the Chicago Comic and Entertainment Experience (known as C2E2 to the cool kids) where I hope to use my Black Gate creds to score an interview with the guys from TAPS (plumbers turned ghost hunters, what more could I ask?)

And if that wasn’t enough, there’s the double bonus of a C2E2 Speed Dating Event… pass me the buttered popcorn and find me a comfy chair…

So before you die of jealously, Wizard World Conventions holds Comicons all over the country in addition to the one here in Chicago in August, so you can get your own geek on in a city near you. 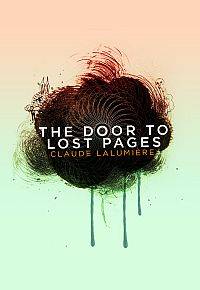 For you indy film fans, this is the primo spot to get an early looks at what’s in store for your favorite genre in the coming year, provided you don’t prefer romantic comedies.

There are a huge number of other cool bits to be excited about this year so please jump in a post your top picks for things to look forward to in the coming twelve months.

In lieu of that, what was your favorite holiday moment? For me it was opening the box that contained a bottle of Dan Aykroyd’s Crystal Head Vodka.

Frankly, I don’t even like vodka but the bottle is awesome and fits well with my personal idiom.

Happy New Year from all of us at Black Gate!