Art Evolution, 1979-2009, continues as we journey back in time to the founding days of the RPG genre. For those of you who have missed what’s come before, you can catch-up here.

The year was now twenty-ten, I had my ‘Iron Kingdoms Lyssa‘, and I was deep in the process of expanding my vision of true Art Evolution to a full-blown epic. Ten artists down and I was ready to move on to the second half of my dream list. 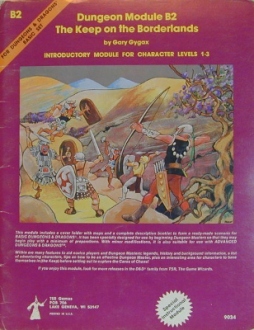 The first name on that slate was Brom. Pressed by Tony DiTerlizzi, and with other artists clamoring for this gothic-genius to be included, as well as my own love of the Dark Sun universe, I sent out my appeal him. Unfortunately Brom turned me down, nicely, to be sure, but he didn’t have the time to commit.

I took a breath, tried to find my Zen center, and placed images of a Brom Lyssa on hold. As in the cases of Erol and Clyde, it’s very tough to give up a dream, and I determined that if I kept these wonderful artists in the project loop, there might be a chance for a change of heart before all was said and done.

Putting my Dark Sun boxes to the side, I pulled forth one of the great TSR modules of all time, B2: Keep on the Borderlands. This cover was done by Jim Roslof, someone I’d seen on Facebook, and although he was long and again retired, he had been the Art Director at TSR when they went from black and white to full color. This was someone who mattered, and I needed to include him. 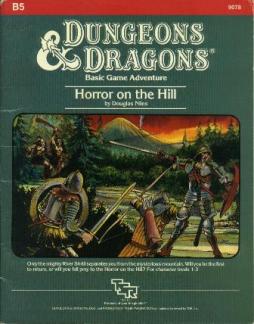 He was a primary reason I’d gotten into RPG art in the first place, his cover for A2: Secrets of the Slaver Stockade being the very first gaming book I’d ever laid eyes on. Still, Keep on the Borderlands resounded with me as well as even geek legend Wil Wheaton who often blogged about it when venerating his own early gaming days.

Jim also created the cover of the only TSR module I own two copies of, B5: Horror on the Hill. I keep one for actual use where the cover is shredded and the pages are filled with notes, and one just to look at. Looking Jim up, I got a chance to speak to a true piece of history, and he was a joy to add to the project, both for the sake of nostalgia and for some of his incredible work in the founding years of the genre. 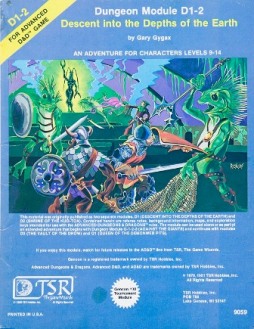 Jim was a pleasant reminder that some things never change. He is a true Midwesterner, and he invited me into the world of old TSR with never before seen sketches, stories, and anything else he could find in his study to pass along.

It was like I was sitting with Gary Gygax if he’d been an artist. He completed a dream, agreeing to participate and doing a Lyssa version right out of the modules I’d played before I hit my teens.

Roslof, in his very essence, was a picture artist, his images comprising more than just memorable characters. Instead, he created works that captured a scene in brilliant detail. His brush takes on a level of complexity never before seen in the industry to that date and with it he touches on something beyond the concepts of ‘game’. 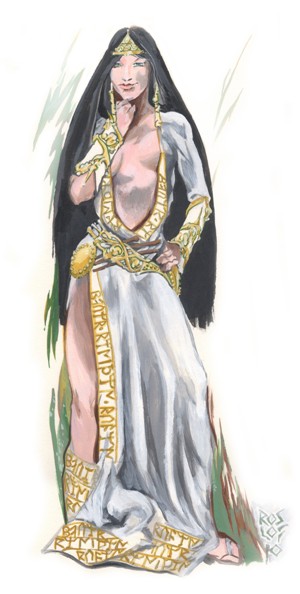 Employing a color pallet far greater than those of his fellow ‘first generation’ artists, Roslof spun a tale of worlds yet conceived. His personal evolution took us from a more playful Slaver’s Stockade to perhaps the greatest piece of art in his era, the masterpiece of D1-2: Descent into the Depths of the Earth. Here, Roslof captures lightning in a bottle, and the almost palpable imagery of the Koa-Toa and their deep goddess his cover almost wets our hands when we grasp this classic module. His capacity to capture light and dark, his use of armor, and the underworld feel of the scene gives testament to his vision of a world far grimmer than our own.

Where his contemporaries pulled from the imaginings of an unreal comic system, Roslof began to bring forth the edge of realism. Roslof’s acrylic wash was the future before anyone knew what the future was.

Roslof found a way to blend the game and reality; and it’s for that reason he was chosen as the newest Art Director at TSR when the company’s growth led them from relative obscurity to the mainstream in the early eighties.

As 1982 began, a new Era was dawning and Roslof was vested in creating something unique. There was a corporate atmosphere moving into TSR, and the exodus of both Willingham and Dee to Fantasy Games Unlimited left a void ready to be filled by up and coming talent. To create this pool Roslof hired what could be considered the greatest core of RP artists ever assembled.

Between 1982 and 1984, Roslof not only contributed his own artwork to the industry but brought on Jeff Easley, Larry Elmore, Keith Parkinson, and Jim Holloway to the TSR fold. It was under his watch that the adherence to realism in TSR began creating high resolution gaming worlds. To fit his new vision Roslof turned from established acrylics to oil, and the worlds of fantasy exploded in never before seen detail.

So began the TSR ‘pit’, a place of creation for all the onsite artists of the growing company. Here countless worlds were born among rubber-band wars and constant deadline pressure. Still, the pit was a place of ultimate creation, a venue where artists worked together for inspiration, guidance, and commiseration in a time before the internet gave purchase to a web of greater connection.

Wow, and yet another incarnation of Lyssa that captures her, and yet is completely different than anything else you’ve presented.

I love how this one is sexy, but not in the over-the-top way I, in my limited knowledge of the field, have come to think of game art.

Thanks Witch: Yes, Roslof brings a completely different feel to the project. Jeff Laubenstein commented to me that Roslof looked like a Frazetta study, and I have to agree. This has a very barbarian queen/sorceress vibe that reminds me very much of that Conan style you see from about 1955-1975.

Jiminy Christmas! (Yes, I just said that.) This series continues to be a trip down memory lane for me. Keep on the Borderlands is the first D&D module I ever played.

Daniel: Keep is just devine. I consider it nothing less than ‘pure’ adventure, and its ability to not only allow for scripted play, but be a perfect base for DM’s to expand make it one of the greats of all time.

I’m glad you are enjoying these, and your faith that there really will be a Brom Lyssa speaks volumes.

[…] looking for the project’s beginning, you can find it here. Or you can click to see my ‘Groovy Lyssa‘ from last […]

I am enjoying reading about your Lyssa project with all these artists and seeing their different perspectives on her. I always liked the Roslof art in the early TSR material and I think your commission looks great. Definitely a Frazetta-feel to it, but in the Roslof style. It reminds me of the art in the Dungeon board game “flavor” he brought to it.

You mentioned other sketches and stories, are you able to post about these cool tidbits of early TSR?

Bookman: Hey, I’m glad you are enjoying this. You know, just yesterday I discovered that Roslof did the cover of the Dungeon boardgame, classic stuff! He is pretty great, although I haven’t heard from him much lately.

As for more early TSR tidbits, I’ll see what I can do once I get this project complete which will be in the next week or so.

[…] the honor of working with. Jim was bright, humorous, and a joy to correspond with. His beautiful contribution to the Art Evolution Project was done with a love of the industry that shown in his brush strokes, […]

[…] is the seventies in all its glory even if mixed with the pallet of Photoshop. I’m reminded of Roslof, of Danforth, and I can’t help but wish I had created a Dungeon Crawl Classic for this rendition […]

[…] when I started flipping through the pages, the maps were as awesome as I remembered and that Jim Roslof had done the bulk of the interior illustrations which was awesome to see. As I moved through the […]