As we enter week twelve of the Art Evolution project, I’m going to have to take a moment and digress. If you’re looking for the project’s beginning, you can find it here. Or you can click to see my ‘Groovy Lyssa‘ from last week. 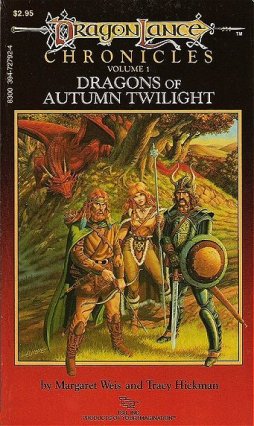 In 1984 I was thirteen years old, in junior high school, and had managed to maintain the appearance of being a ‘C’ student when I truly couldn’t read above the very rudiments of the written word. I absolutely hated the idea of reading, and I’d done everything in my power to prevent the school-driven establishment from making me do so.

I’d managed to slip through the cracks, a lost student, presumably one who would end up failing out of high school — or just getting the minimum scores needed for a base diploma, with no hope of a higher education. I was fine with that, and although my clever ruse of literary competence was eventually discovered by my mother (who spent a summer tutoring me to some semblance of reading ability between sixth and seventh grade), I still hated the prospect of books.

This continued until the middle of my seventh grade. One day while on a field trip to Indianapolis with my class, my malcontent view of books changed forever. I was in the big city, and big cities had bookstores, and this particular one had a Waldenbooks [R.I.P. Waldens, I miss you each time I’m forced to go to a mall] with a large fantasy book section.

I stood dumbstruck by what I saw there that day, and a friend of mine pulled down a copy of Dragons of Autumn Twilight and said, “This book was awesome.” Because unlike me, my friend Jason could read… 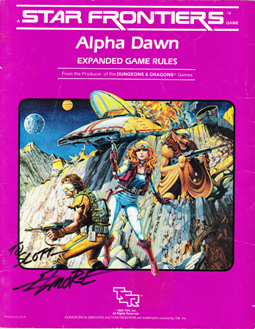 I studied the cover of that book until the teacher dragged me from the store, and to this day — three decades later — I can still see it clearly on the shelf like I’m standing there. Up to that point, I had no desire to read a book, because black and white text bored the hell out of me, but that cover art was so inspirational that I wanted, no I needed, to know who those people were on the cover.

Soon after I returned home I scanned the volumes of my mother’s extensive mystery-laden bookshelves and found only a single fantasy book, J.R.R. Tolkien’s The Hobbit. Now, because I didn’t have access to Dragons of Autumn Twilight I almost begrudgingly pulled it down and read it.

I took in every single word over the course of five months, stumbling, tripping, struggling, but with unparalleled joy at what was being recounted to me in that work. I read The Hobbit because I couldn’t read my first choice, and I used Mr. Tolkien as a stepping stone to other fantasy literature, until finally the third book I ever read on my own became Dragons of Autumn Twilight. And if you want to know the second, you’ll have to wait for another article. 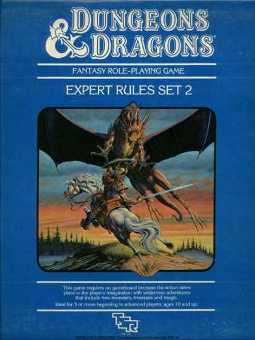 Anyway, that cover of Dragons of Autumn Twilight was created by Larry Elmore, and because of this incredible artist, I graduated high school, and university, and I’m a writer today… a writer of all possible things… so I owe Larry Elmore more than he could ever know.

I owe him for many of the joys in my life, the wonderment of the written word, and the passion which burns inside me for both art and literature in the field of fantasy.

So you might wonder, was it important for me to have Larry Elmore in this project? Yes, unimaginably so… After months of trying to reach Larry via email, I was forced to pick up the phone and call him.

I could barely stop my hand from shaking as I dialed the number, and when his aforementioned ‘gate keeper’ picked up the line I thought I was sunk. Thanks to Jeff Easley, however, I told her that Jeff had spoken to Larry about the project at Illuxcon, and that he was interested enough to speak to me.

She turned her face away from the phone and said, “Larry, there’s a writer from Black Gate for you.”

Then it was me and Larry Elmore… Truly, I have no idea what I said, but Larry was warm and inviting, pleasant like an old friend, and didn’t bat an eye about his participation. He just asked what I needed, when I needed it, and that I would need to keep calling him because he’d likely forget if I didn’t jog his memory every two weeks. 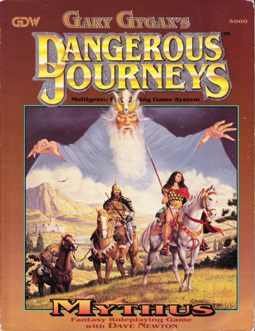 Now if you’ve never had the honor of meeting Larry Elmore, I suggest you find a way to do so. He’s a character, someone his fellow TSR pit artists referred to as Yosemite Sam. He’s extremely personable, with a charming southern drawl, and has a pleasant honesty that makes you smile.

So yes, not only did Larry say he’d do it, but for six solid months I got to call him on Tuesdays. Every time I’d call Larry would say “yep, I forgot, but I’ll get to it, thanks for calling.”

Yet not once did I think he wouldn’t have it done, and when the deadline hit, Larry provided a vision that I’d dreamed about since that day of my youth in 1984.

Where Jeff Easley was ‘tough’ in his truism, Elmore was ‘kind’; his art turning a pristine nature to the games he represented.

Elmore created bright, sterile worlds with his art, the characters and creatures seemingly polished for the image right before the scene is captured on canvas. Elmore fashioned what players wanted to believe they were playing; oiled weapons, women to die for, and monsters who almost begged you to make armor out of them.

Still, Elmore was a master of expression, and a palpable essence of emotion lies deep at the core of his art. His ability to create a smile that told a thousand tales, haunting lost looks, and eyes of profound sadness helped propel him into the hearts of his fans. 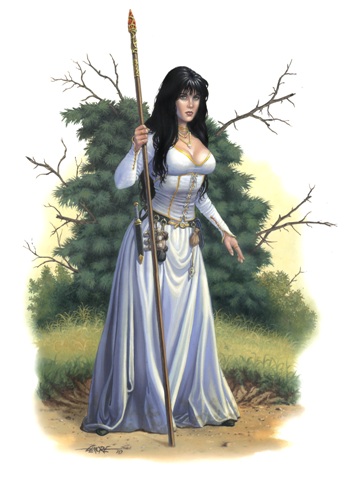 In RPG practice, Elmore created an epic triangle of gaming foundation, those being Dragonlance at the pinnacle and the Basic D&D Boxed Sets and Star Frontiers at the base. He captured with oil a perfection that calls for enshrinement behind glass. His talent was dynamic and inspiring, his ability to create a raging dragon coming as easily as that of a space faring dreadnaught.

Elmore brings to light a shiny image, an incredibly supple line, and above all else he creates beauty. There is no ugliness in the world of Larry Elmore; even his monsters are handsome and his dragons noble. Elmore sees a world without flaw and it’s what put him on top of the industry and keeps him there. At its very essence RP is high fantasy, and in the minds-eye every character, world, and enemy is a piece of perfection a player wishes to become.

When I study Larry’s work, especially his fantastic women, I’m always been drawn to an inexplicably ‘Elmorian’ chin. This chin is the substance of his work in the fantasy field, and although he is now working with live models who’ve taken away this standardized piece of his work, the legacy remains in all of his TSR art. I take it as a representation of the growth of an artist, but I have to say I still love that chin from Snarf’s lovely Telerie to the nobility of Dragonlance’s Laurana, and smile each time I see it.

Current Status: Elmore can be found travelling around the country each year on a very generous convention circuit, and he also holds art classes at least once a year for those looking to learn from a legend. All such information on Larry can be found at his website here.

In this particular project, Larry created something for us from Dragonlance, a figure who could be included in the covers of this now legendary Weis and Hickman literature. I applaud you Larry, because for me you recaptured lightning in a bottle, something only a true master of his craft would be capable of.

So, without further pause, I’d like to introduce Sturm, Tanis, and Goldmoon to Lyssa, because she’s waited twenty-five years to stand next to them…

What a great story 🙂

Pea: Glad you enjoyed it, and what a trip it was to write, let me tell ya!

Gads, Scott! This brought back memories. I remember that first phone call–and the weeklies thereafter. And I remember this particular article almost word for word. That was some journey. I’m honored to have been privy to it.

I think you know how much I love this incarnation of Lyssa. Yeah, she’s special. 😉

Witch: She is indeed special, and boy its been fun, and I’m glad you were there to help talk be off cliffs during this process, LOL

What a great idea! Tony D. just told me about your project …. I run the IlluXCon symposium, so please let me know if there’s anyone out there you’re looking for that you’ve not been able to contact.

Pat: Wow, thanks so much for the offer. I’ll be sure to shoot you an email. I’ve wanted to go to IlluXCon the past two years and was sad I couldn’t go. It really seems like the place to be so I’ll put it on my schedule for next year.

[…] ‘Dragonlance Lyssa’ was complete, as was a personal dream. I’d managed to get Larry Elmore, and was continuing down my list of incredible talent. As I’ve mentioned several times before, I like to read old issues of Dragon Magazine, and you can’t possibly do that without stumbling over an issue with a Den Beauvais cover. […]