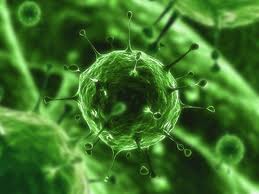 Okay, this is pretty cool. Freelance Black Gate operative John C. Hocking leaks word to us that NASA has announced a press conference this Thursday regarding an “astrobiology finding.” The prestigious journal Science has also “embargoed details” until the conference:

WASHINGTON — NASA will hold a news conference at 2 p.m. EST on Thursday, Dec. 2, to discuss an astrobiology finding that will impact the search for evidence of extraterrestrial life. Astrobiology is the study of the origin, evolution, distribution and future of life in the universe.

Anyone who follows these things regularly knows they usually lead to some announcement about fossilized remnants that might once have been bacteria, maybe, in some rock in the arctic that once maybe came from Mars. Lame.  They hardly ever announce that alien life is hours away from totally devouring downtown Pittsburgh, or knocking over skyscrapers in Tokyo or anything like that.

But you never know. What does “embargoed details” mean? Does it involve suited men in late model sedans, monitoring the activities of journalists who don’t respect the government’s requests to “keep a lid” on this? We can only hope. ‘Cause that would be cool.

In the meantime, the anticipation shall doubtless be far more delicious than the actual announcement, but that’s OK. We have until Thursday to dream that maybe, this time, they’ll announce that alien life has touched down in Oklahoma, and they’re willing to trade advanced tech for more Chuck Berry CDs.

Some publications, particularly science and medical journals, send their papers/press releases over the wires to journalists but place an embargo on them, meaning the journalists cannot reveal the details of the papers until a specified date and time — which is usually the same moment the journal is going to publish the paper. This allows reporters the time to write stories about the findings to drum up publicity for the journal but prevents the journal from being scooped by those very same journalists.

In this case, it means reporters are forbidden from revealing details of the paper to be published in Science until 2pm Thursday.

Sometimes a publication breaks an embargo and then all heck breaks loose. Which can be fun.

Time having passed, you can find some information about this here:
http://www.newscientist.com/article/dn19805-arseniceating-bacteria-point-to-new-life-forms.html

Not to mention here:
http://www.bleedingcool.com/2010/12/02/metamorpho-and-absorbing-man-say-whats-the-big-dead-nasa/