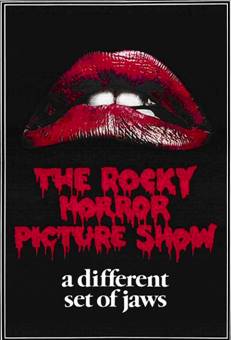 No seriously, I can’t believe I’m writing this. But here goes.

I live next door to a twenty-something, just out of college couple I’ve referred to here before as “Mr. and Mrs. Disney.” Though you probably wouldn’t immediately come to this conclusion, I am truly fond of them; I just think they’re a little too cute together, and they think I’m personally responsible for knocking out Sleeping Beauty and Snow White (with a spindle and an apple, respectively).

That being said, they are generally pretty tuned into pop culture — they even attended last year’s Chicago ComicCon, along with several movie and sci-fi conventions. It is in this context that I plan to couch my mortification.

A week ago Mr. and Mrs. Disney showed up on my doorstep in a driving rain to return some borrowed items. Side-by-side as always, they stood there on the stoop sharing an open newspaper as a makeshift umbrella, and when I opened the door I couldn’t help myself. I broke out into the first verse of “There’s A Light (Over at the Frankenstein Place)” and Mr. and Mrs. Disney’s starred at me like I had bats crawling out of my ears. They asked me why I was singing to them; was it like a “Singing in the Rain” thing?

The reality of what I was facing started sinking in, but slowly.

“No, it’s just that the two of you standing there under an open piece of newspaper in the rain made you look like Brad and Janet.”

Blank stares. This can’t be happening.

“You know, Brad and Janet from Rocky Horror Picture Show?” Now I went into a full litany of references, quoting lines, singing snippets of a few more of the tunes, trying to describe the plot and the whole “audience participation” concept. In a frenzy of desperation I shouted, “Dammit Janet!” in Mrs. Disney’s face, and that’s when she delivered the coup de gras;

“Is that a movie or something?”

Trembling, I retreated into my office to curl into a fetal position and try to digest the reality of what I had just witnessed.

Impossible as it may seem, it appears I have identified a segment of the population unfamiliar with The Rocky Horror Picture Show.

A moment of silence, please.

Once I was able to speak again, I contacted the editor of Black Gate magazine, John O’Neill, to do a reality check.

Yes, I know Rocky Horror came out in 1975 and yes, I get that was thirty-five years ago (same year as Jaws, remember?) I mean come on, it’s not like I saw it on opening weekend either.

“But it’s a pop culture phenomenon!” I argued “How could anyone miss it?”

John calmly assured me that a lot of people may have missed it, and it would probably be a good idea if I had an aspirin.

So, here we are, with me about to do something I never imagined doing. If it’s possible you’ve lived this long without seeing it, I’m about to introduce you to The Rocky Horror Picture Show.

Let me start by saying this is going to be a brief introduction because if you go to Amazon.com you’ll find no less than six books dedicated to the topic, and over fifty different items in the movies and music category. There’s enough material to keep you busy for along time if you really want to delve in, and it’s a fun, icky mess should you choose to do so.

The 1975 film was inspired by a musical that opened in London in 1973 with a plot based on the drive-in horror and sci-fi movie genre from the 1950’s. It follows the story of the newly engaged (and very straight-laced) Brad and Janet, whose car breaks down outside the castle of Dr. Frankenfurter.

The doctor is an alien transvestite from the planet Transylvania who has come to earth where he can find the peace and quiet he needs to construct his creature, Rocky (a model-type in tiny silver briefs). The entire story is set to a soundtrack of infectious tunes and catchy dance moves.

Ok, I admit it; this may be a little much to take in. It was a lot to think about for audiences in the 70’s as well, since the movie pretty much flopped when it was first released.

The overtly sexual nature of this British rock comedy was not well received by the mainstream US media of 1975, although there were positive reviews for the music and for Tim Currey’s performance as Frankenfurter (his first movie role by the way).

Audiences were also introduced to Susan Sarandon, who played “Janet,” but she wouldn’t really attract the attention of critics until 1983 when she starred in The Hunger opposite David Bowie.

Oh, and provided you know who the rocker known as Meat Loaf is, Rocky Horror is your chance to see him sing, act and become the main course at Dr. Frankenfurter’s climatic banquet scene.

Rocky Horror didn’t start gaining steam until several years after its release, when a few California theaters started showing it as their midnight movie. That’s when an obsessive niche audience adopted the film and began the tradition of memorizing the dialog and peppering it with their own commentary.

This led to full-on participation in the form of costumes, props and mimicking the dance moves in the theater aisles. More and more midnight showings of Rocky Horror started popping up all over the US, and this tradition continues today in at least one theater in every major city across the country; and around Halloween that number quadruples.

There are Rocky Horror costumes, audience participation guides (so you know just what to shout and when), and official props which you are meant to utilize at specific points during the movie.

If you were to show up at your local midnight screening of Rocky Horror not in costume and without the aforementioned props, you would still be welcome. But expect all the other audience members to spend the first few minutes inside the theater shouting “VIRGIN!” at you.

But never fear. Pick up the 25th anniversary edition of the movie and you’ll get a bonus DVD which shows you all the ropes, which you can practice in the sanctity of your own living room.

As a fan of Rocky Horror since high school, I’ve lost count of number of times I’ve seen the movie (I dress up as “Magenta” when I go) but I’ve only seen the theater production once. On a trip to London during the show’s 30th anniversary year, I was beside myself with joy when I scored a ticket to a production in a theater space one block away from where the musical originally debuted.

Unfortunately the first-run theater had been bulldozed in 80’s, but it was an amazing and memorable performance just the same. And yes, I shouted lines in between the actors’ dialog and danced in the aisle along with my fellow Rocky Horror fans. Some experiences just transcend countries and cultures.

Last week I sent Mr. and Mrs. Disney home with my own cherished anniversary edition DVD of Rocky Horror, along with a homework assignment; watch the movie and memorize the dance steps to The Time Warp. There will be a quiz.

I can only hope they’ll return, belting strains of “Dammit Janet! (I Love You)” or I may go fetal again.

Do you have a favorite line from The Rocky Horror Picture Show, or do you put on fishnet stocking to go to midnight movies? If so, tell us about it (but spare us the pictures). Post your comments here or send an email to Sue@blackgate.com.

Wow. Just…wow. A sad era in which we live. I was born in ’75, the year RH came out. I grew up in a small hamlet just outside Philadelphia, and there was a great old theater called the Harwan on the town’s main road, and that theater did the Rocky Horror midnight shows on Saturdays.

I don’t remember how many times I went, but it was incredible every time. Once I was really drunk when I went, and sat down in the middle of an aisle right before the part where Frankenfurter chases Rocky around. And the guy doing the live performance of Rocky leapt over me as he came bolting down the aisle…all the while making sure to rub his, er, nether regions on the top of my head. Was that TMI?

Anyway, just last week I drove by the spot where that old theater used to be. A few years back they demolished it…in order to put up a Walgreen’s drug store. Time is the most insidious of enemies. I’ll never forget those heady days of yore, of which I still hear the echos…

P.S. Tim Currey is a god among insects!

Sorry, a correction from my first post: It was the guy playing Frankenfurter that polished my head with his privates.

Great rundown of this classic.

I’ve got one worse than that. A few years ago on of my daughters was throwing a huge tantrum in the middle of a department store. Being a good parent I picked her up and started hauling her out of there rather than inflict her upon other people.

At which point she yelled, “Come and see the violence inherent in the system! Help! Help! I’m being oppressed!”

In my neighborhood there is only one of a dozen families that understood why it was difficult for me to not laugh, and remain the stern father.

“But listen closely (not for very much longer)…”

Now that I’ve picked myself up off the floor laughing at Drance, James and gmurie, let me thank you all for restoring my faith. I’ve been walking around for weeks humming “I’m going home” and looking pathetic.

PS: gmurie, that kid of yours is a rare find 🙂

[…] on the fact that you know who Agatha Christie is, but much like the crushing blow that was my realization not everyone had seen Rocky Horror Picture Show, I am all too familiar with what happens when we […]

[…] was that this was the table of a serious collector of RHPS memorabilia because as we all know by now; it’s a super colossal cult-movie phenomenon of biblical proportion… […]