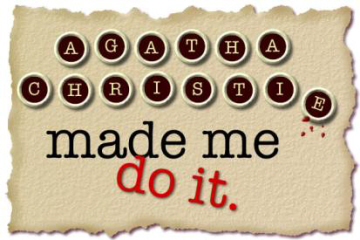 Okay, not a cheery thought, but you aren’t reading Martha Stewart’s Living as you well know.

Back when I was a fledgling Goth Chick, learning the joys of sitting cross-legged for hours on end in the aisle of my local bookstore, but not yet in love with a particular genre (just no romance novels, ever), a somewhat twisted piano teach handed me an Agatha Christie novel.

I say “twisted” because one could argue that such tales were in no way appropriate fare for a nine-year-old. Then again, when taken in the context of the other media available to this age group today, Agatha’s plot lines are probably fit for the Disney channel.

My piano teacher looked like she was fresh from an audition for the part of a matronly, widow piano teacher. She even had her lines memorized, scolding me exactly the same way every week while I banged on the keys through purgatorial scales and off-kilter renditions of Ode to Joy. But in keeping with my life-long theme which at that point was only a mere pattern, she was a bit left of center. 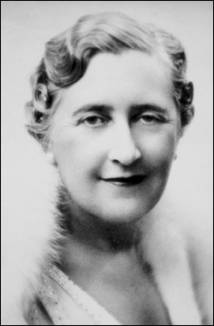 One day at the end of a rather brutal lesson, she reached in her perfect prop of a patent leather purse and pulled out a tattered paperback.

She handed it over saying something about thinking I would enjoy it, probably because it was clear that a future playing the piano was definitely not an option.

I didn’t know it then, but Mrs. Wall (no, I couldn’t make that up) set my feet on a life-altering course that day, which had nothing at all to do with that tortured piano.

I even remember the title of the story: Remembered Death, which it turns out, is the American release of the original 1946 British publication called Sparkling Cyanide by Dame Agatha Christie.

So it was at the tender age of nine that I was introduced to my very first obsession; not ponies or Barbies, but murder most foul.

I’m counting on the fact that you know who Agatha Christie is, but much like the crushing blow that was my realization not everyone had seen Rocky Horror Picture Show, I am all too familiar with what happens when we assume. So, in the name of covering my assumption, here’s what Amazon.com has to say about Ms. Christie:

Agatha Christie is the world’s best known mystery writer. Her books have sold over a billion copies in the English language and another billion in 44 foreign languages. She is the most widely published author of all time in any language, outsold only by the Bible and Shakespeare. Her writing career spanned more than half a century, during which she wrote 80 novels and short story collections, as well as 14 plays, one of which, The Mousetrap, is the longest-running play in history. 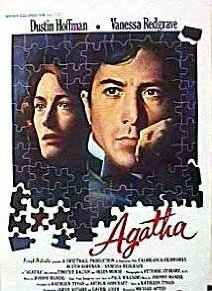 I can even add more to that. Her books have been turned into movies, television series and most recently computer games, and her main recurring characters sleuths Hercule Poirot and Miss Marple practically have pop icon status.

If that wasn’t enough, rent a copy of the 1976 movie Agatha starring a very young Dustin Hoffman to learn about the real life mystery surrounding the author herself. She disappeared without a trace for eleven days in 1926 only to turn up miles away at a resort spa checked in under the name of her husband’s mistress.

The captivating thing about all her books is that Agatha Christie stuck to the writing 101 rule that says “write what you know,” and though there is no evidence that she so much as ever saw a dead body, what she did know was life in upper-class Britain.

Her characters turned up stabbed, strangled and poisoned to death in lavish country estates and exotic corners of the British empire upon which the sun never set in the 1920’s and 30’s.

Two of her more popular works which became big budget films, Death on the Nile and Murder on the Orient Express, were written from her own experiences in both Egypt and on the famous train from Calais, France to Istanbul. 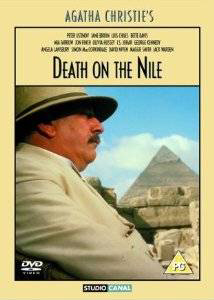 Agatha Christie’s books also included a large helping of the supernatural, as séances and mediums were very much in vogue during the height of her creativity. To read her entire catalog is to become well acquainted with possession, demons and all manner of hauntings in addition to the evil that lurks in the heart of all men (and women).

I became so well acquainted that I did little else until I was nearly twelve.

Have you ever known a parent to tell their child to put their book down a go play with their friends? It happens, believe me.

It took me about three years and countless trips to the library to make it through all eighty of her novels and her short story collections. At one point I spent nearly an entire summer pouring over her autobiography, convinced that she had written the clues to her eleven-day disappearance into the story of her life; a fitting last mystery left behind to be solved by none other than me.

Along the way, whether I realized it or not, I developed a taste for a lot of weird things.

From here it was a short leap, actually a step into a vast Goth landscape, crimped along the edges by wanderlust and anglophile tendencies. However, much like mental comfort food, to this day I still find myself pulling a Christie mystery off my bookshelf to dig into on a snowy afternoon. 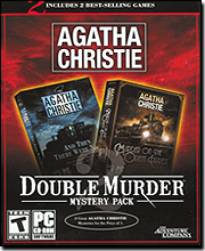 And on a recent birthday Mr. Goth Chick even surprised me with the “Double Murder Mystery Pack” of two computer games based Agatha’s book,s prompting me to park in front of my computer until my contacts fused to my eyeballs. Now that is true love.

What can I say, the roots of an obsession run deep.

And death always comes at the end.

Have you read any of Agatha Christie’s novels or come across her in any of the many other media forms? Better yet, can you trace the roots of your present-day interests back to a strange childhood? If you’re reading this I bet you can, so post a comment or drop me a line at Sue@blackgate.com.

Great post. I’ve never read any Agatha Christie, but this post makes me want to (and to see The Mousetrap!)

I can certainly see the roots of your present-day interest in the macabre in Agatha Christie novels. That explains a lot. 🙂

For me, my entire adult interest in science fiction and fantasy was shaped by my childhood interest in comics. Specifically, Marvel comics, and the work of Stan Lee and Jack Kirby. (I even gave an acknowledgment to Reed Richards in the dedication of my Ph.D. thesis).

I still adore their work, in the same way you admire Agatha Christie.

as usual I have to write a lot of things about the cultural provoking posts of goth chick girls
first of all Agatha Christie must be of the most overrated writers in the world, almost all of his novels are always the same boring investigation with Hercules Poirot or Miss Marple,her best novel is one you haven’t mention, Ten little niggers, and maybe one of his darkest novels, Endless night and other about a killer in a female school A cat in the… where you have the pigeons…
other thing is her horror tales, one about a woman and his child in a haunted house is really, I don’t know the word in english, chilling, frigtening…? in spanish we use sobrecogedor
do you remember other of his characters called Parker Pyne, I remember prefered him than his most famous characters
and I don’t see the mistery in her dissapareance it has been writing a lot about it but I see it really a silly thing, maybe she just needed to disconnect with all, extravagances of the english upper class
more things although I read Agatha Christie with 12 or 13 years my interest for horror and fantasy started with comics and a kind of spanish equivalent of pulp fiction, little pocket books of horror and s/f and comics like the spanish translations of Creepy, later from 14 to 17 I have a snob and more or less stupid period of trying to read Nietzsche or Dostoyewsky and underrating fantasy and comics, all of it changed when I read some article about Conan the cimmerian the character of Robert E Howard and bought a Savage sword of Conan comic I learn about Howard and I bought the spanish translations of the James Allison cycle and Bran Mak Morn and Elric of Melnibone by Michael Moorcok, it all changed for me they were books that I really enjoyed a bit later came Pet sematary and Carrie by Stephen King and I discovered my favourite genre
I hope you aren’t very bored with this dissertation jejeje…
Goth chick, keep on writing this kind of articles, they are of the more interactives in BG

Francisco, the very last word in the English language I would ever use to describe you is “boring.” And personally, I love the “Savage Sword of Conan.”

[…] you recall, I had already spent the summer of my ninth year engrossed in the tales of Agatha Christie and […]