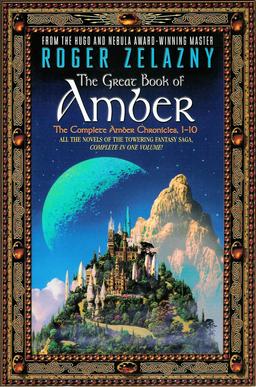 I’ve been spending a lot of time with Gary Gygax’s Dungeon Masters Guide recently, as I guide my young players through a wilderness campaign using Outdoor Survival. The DMG is a treasure trove of handy tables, excellent advice, and fascinating tangents — atrociously organized, of course, but that’s part of its charm. Like the most useful book in all fantasy, the Junior Woodchucks Guidebook (seriously — I’d kill for a copy of that book), you can flip pages at random and never know what indispensable tidbit you’ll find.

Appendix N, which lists the great fantasy writers whose collective contributions laid the groundwork for Dungeons and Dragons, is just one of those finds; but it’s one which has received a great deal of attention. Mordicai Knode and Tim Callahan at Tor.com are sampling the work of every author in Appendix N; so far they’ve covered Robert E. Howard, Poul Anderson, Sterling E. Lanier, Fritz Leiber, Edgar Rice Burroughs, and Jack Vance.

Last week, Tim turned his attention to Roger Zelazny and The Chronicles of Amber. He wasn’t impressed:

I merely sampled the first book in the series, Nine Princes in Amber, originally published in 1970, and that was more than enough… if the first book in Roger Zelazny’s Amber series is considered any kind of classic, then it must be because the novel is graded on a curve. A curve called “pretty good for an opening novel in a series that gets a whole lot better,” or maybe a curve called, “better than a lot of other, trashier fantasy novels released in 1970, when there was nothing on television but episodes of Marcus Welby and the Flip Wilson Show…”

It’s not that I found Nine Princes in Amber uninteresting; it’s just that I found the novel shockingly discordant and unsatisfying to actually read all the way through. It’s a novel that slams together jokey Hamlet references in the narration with pop psychoanalysis and superhuman beings and shadow realms and dungeons and swords and pistols and Mercedes-Benzes.

Actually, that last sentence is almost exactly how I remember Nine Princes in Amber. Shadow realms and dungeons and swords and pistols and Mercedes-Benzes. Yeah, that pretty much covers it.

I recall being far more engrossed than Tim, however. Of course, that may have a lot to do with the fact that I was fourteen at the time.

I haven’t re-visted Amber since — although I have re-read Zelazny’s Lord of Light many times, and consider it one of the greatest fantasy novels ever written. (The writers of the movie Argo, however, clearly had a different opinion). 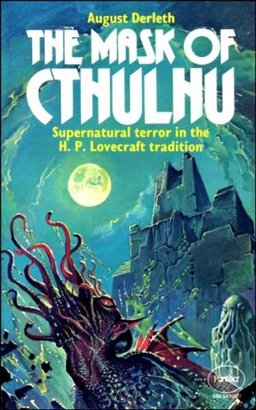 Mordicai pried into That Which Man Was Not Meant to Know, the work of August Derleth, on July 22. And I really mean that in this case… in my limited experience, I’ve found Derleth to be unsatisfying, especially his numerous Lovecraft pastiches.

But Mordicai does give him credit for founding Arkham House, preserving the work of his mentor, Lovecraft, and creating a lot of weird stuff that eventually found its way into the Call of Cthulhu rulebooks:

August Derleth is a controversial figure in “spooky nerd” circles. On one hand, people often think that he diluted the horror of Lovecraft’s stories and put Lovecraft’s name on things Derleth himself had actually written. But on the other hand, Call of Cthulhu is still filled with pages of weird stuff he invented… Ultimately, Derleth’s legacy is editorial. He was the one who pounded the Mythos into a shared universe rather than just a series of Weird Tales. Say what you will about the man, but without him we probably wouldn’t be talking about “Lovecraftian” horrors in the first place. Then, well, there are issues that I think really are totally petty — like calling the Lovecraft-o-verse “The Cthulhu Mythos” instead of “Yog-Sothothery.” That is really the best you can do, grumble about branding?…

The real bone of contention here, and one that I do very much sympathize with, is that Derleth basically got the major themes and “moral” of Lovecraft all kinds of wrong. And there’s his “posthumous” collaboration in which he pulled a Christopher Tolkien and fleshed out Lovecraft’s notes, only with less faithfulness and verisimilitude than Tolkien. Most crucially, he introduced a Manichean cosmology — a battle of good and evil, which is utterly anathema to the powerful overriding subtext of Lovecraft’s writing… creating a whole category of “Elder Gods” to oppose the inscrutable malevolence of the Old Ones just isn’t very… lovecraftian.

You know what it does sound like, though? Dungeons and Dragons.

As Mordicai points out, Derleth was essentially writing Lovecraft fanfiction, and that’s how most of it reads today. Read the whole (highly entertaining) post here.

We last covered Mordicai and Tim’s journey into Appendix N on July 27th, when they discussed Jack Vance. The list of authors they’ve covered includes:

Next up: L. Sprague de Camp.

Wow–that is a terrific Bruce Pennington cover on THE MASK OF CTHULHU. I have to give Derleth credit for helping get me interesting in the works of Lovecraft. In college I discovered his THE TRAIL OF CTHULHU (which was a reprint of MASK OF CTHULHU), featuring the inimitable Dr. Laban Shrewsbury and his colleagues travelling the world on the trail of Cthulhu and other Mythos horrors. It was a very exciting and enjoyable adventure. Derleth is often criticized for letting mankind off easily and offering a ray of hope where Lovecraft offered none, but these factors didn’t decrease the enjoyability of MASK/TRAIL. This book blends horror with adventure in a way that may make Lovecraft’s nihilism more palatable. It reads like a really great CALL OF CTHULHU rpg campaign, but was written decades before the invention of the game.

I had commented on one of these Tor posts how I appreciated their fairly positive tone about Derleth. The generation of Lovecraft scholars since the 60s, most notably S. T. Joshi, often beat up on Derleth for his “bastardizing” of the Lovecraftian worldview. I think their criticisms are apt, but Derleth deserves praise–for the very least–keeping Lovecraft’s works alive when he did. Also, what little of Derleth I’ve read is not so bad. I’ve read much worse Lovecraft-pastiche.

I read these Appendix N reviews and find myself very protective about the books reviewed. I feel a very strong urge to tell these kids to get off my lawn.

That description of Nine Princes of Amber feels not just accurate about that book, but also captures something about a style that seems like it was pretty common at the time (although I wasn’t around, not having been born for another couple decades, so my knowledge is not first hand), the combination of the pulp sensibility with the counterculture and the New Wave movement.

I was reading Fritz Leiber’s “Our Lady of Darkness” recently and it’s very similar. It’s really a weird amalgamation of pulp (including not just the style of the writing but also the explicit references to Clark Ashton Smith, Lovecraft, and even the Fu Manchu stories), the counterculture and countercultural currents, and the actual occult. It’s not at all a natural combination of things, and the book is also very odd, and really seems like a mishmash. Very strange to read.

I feel much more charitably towards Zelazny than do Mordicai & Tim. As for Derleth, well, I’m very happy that he founded Arkham House and kept Lovecraft in print and let’s just leave it at that.

@ K Lizzi – feeling way too much like that myself these days

I loved the original Amber books when I read them a decade or so ago. The only other Zelazny books I’ve read are Lord of Life and Night in the Lonesome October, both of which are great.

I try to like Derleth’s Mythos fiction but most is not that good. I will say, the stories set in his own north-midwestern homeland tend to work better than the New England set ones.

“It’s a novel that slams together jokey Hamlet references in the narration with pop psychoanalysis and superhuman beings and shadow realms and dungeons and swords and pistols and Mercedes-Benzes.”

This is one of those attempts at criticism that makes the book sound more enticing, not less.

[…] gentle to some of the writers in Appendix N, including L. Sprague de Camp, Gardner Fox, and even Roger Zelazny. But in Norton and Moorcock, they find authors they can […]

[…] N become that it has not only spilled over into the wider world of fantasy (including this very site), but it has led to a mini-revival in pulp fantasy, with authors such as Abraham Merritt, Fletcher […]

[…] read Dune or planning to ever read it. Roger Zelazny’s Chronicles of Amber was “shockingly discordant and unsatisfying to actually read all the way through.” This was nuts — cats-and-dogs-living-together […]