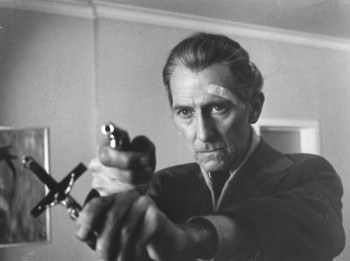 Abraham Van Helsing only had one truly canonical appearance, arriving as he did mid-way through Bram Stoker’s Dracula. However, so strong was the Dutch professor’s hold on the public imagination, and so fierce his rivalry with the Lord of the Undead, that he has followed his nightmare enemy into the Twentieth Century like a gin-drinking Fury.

Described by Stoker as ‘a man of medium weight, strongly built, with his shoulders set back over a broad, deep chest…’ Van Helsing radiates physical and mental vitality, placing him in dynamic opposition to the ambulatory black hole that is Dracula. Van Helsing exudes the stuff of life, where Dracula only consumes. Besides his physicality, Van Helsing is ‘a philosopher and metaphysician, and one of the most advanced scientists of his day’; again, this is in contrast to Dracula, who is mired in Old World nightmare and squalor. One represents life, knowledge and light, while the other brings only darkness and decay. Van Helsing, like John Silence, is a representative of all that is good in man, set in opposition to malign forces which seek to pervert the natural world.

“I prefer to remain and protect those whom you would destroy.” 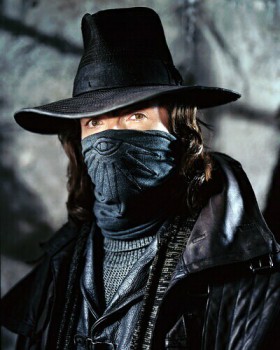 Van Helsing displays knowledge of the occult as well as the scientific, and in Stoker’s Dracula, when the former comes into play Van Helsing’s expertise is unquestioned. Much like Dr. Hesselius or Carnacki, there is a veneer of the practical sciences over Van Helsing’s folkloric methodology. He prescribes blood transfusions for the victims of vampire bites, and displays a physician’s concern for his patient’s welfare. But as rational methods crumble beneath Dracula’s supernatural onslaught, Van Helsing comes more and more to resemble the Styrian vampire-killer, Baron Vordenburg from Le Fanu’s Carmilla. He sheds the skin of the kindly scientist and becomes a witch-hunter of the old school, espousing the benefits of holy hawthorn, garlic and the stake, the sword and the fire. He goes from advocating bed-rest and fluids to leading a whooping, weapon-rattling charge into the ranks of gypsies.

Neither of these faces is incompatible with the other. Even at his most savage, Van Helsing still views his enemies as a disease to be treated, even if it is hell-sent, rather than natural. And like all these best wise-men, he leads his chosen cadre through the explainable into the unknown, lighting the darkness ahead with acerbic humour and a certainty of knowledge to stiffen even the most brittle soul.

While vampire-hunting is only one of several talents which Van Helsing possesses, being first and foremost an expert in obscure diseases, it has, through cultural dissemination, become his defining characteristic, so much so that where Dracula stalks, so too prowls Van Helsing, stake in one hand, crucifix in the other. He has been depicted as old, young, German, British, and American, hero, villain, male, female, werewolf, vampire and saint. As many versions of Dracula exist, there exists a version of Van Helsing, though even as his nemesis has gained life separate from him, Van Helsing has gone on to star in films, books, and comics with nary a sign of the good Count. 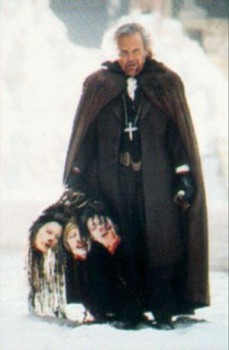 Despite the outliers, most depictions of Van Helsing fall into a similar mould. Even as Dracula cannot quite shake the black cloak, the accent or the piercing gaze, neither can Van Helsing shake his age, his knowledge, and his willingness to pit himself against the King Vampire. From Edward Van Sloan to Peter Cushing to Jack Gwillim to Anthony Hopkins, there’s a certain grim implacability to Van Helsing, regardless of his iteration. He possesses a dedication to the art of monster-hunting that borders on the obsessive, and he draws others into his obsession, crafting them in his image even as Dracula does to his victims. Van Helsing creates soldiers as surely as his opponent, and their war spans mediums.

Like Sherlock Holmes and Professor Moriarty, Van Helsing and Dracula are defined in the popular consciousness by their opposition to one another. Where one goes the other follows and even in the most divergent media the presence of one at the very least implies the existence of the other. Without Dracula, there is no Van Helsing, and the latter plays God’s Madman to Dracula’s Satanic Knight, and he is as ruthless and as determined as any templar. As with Anton Zarnak or John Kirowan, there is, at times, a hungry, sinister cast to Van Helsing’s crusade. A sense that though he is on the side of the angels, said angels may not be as divine as we’d like to think. He plays games with fate, destroying innocence as surely as his opponent. He rationalizes, recriminates and radicalizes those who turn to him for help. Yet still, we turn to him, again and again. We give him different names, faces, genders and abilities, but he is always Van Helsing.

Regardless of his origins or his motivations, Van Helsing has developed into something far larger…an altruistic eregore, pitted for eternity against the darkness.  Dracula’s popularity exists in part due to what he represents. He is, as ever, the monster under the bed, the dangerous foreigner, the consuming dark, the fear of blood, vermin, sexuality, men, women and any other thing you care to hang about his neck. In contrast, Van Helsing is his antithesis. He is the father who tucks you in and banishes the night monsters, the authority figure that sets right the damage done by the night-monster’s predations.

At its simplest, even as there will always be a Dracula to prey upon us, there will be a Van Helsing to counter him. 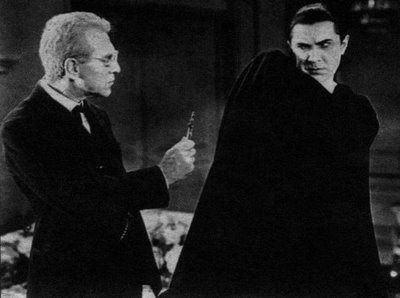