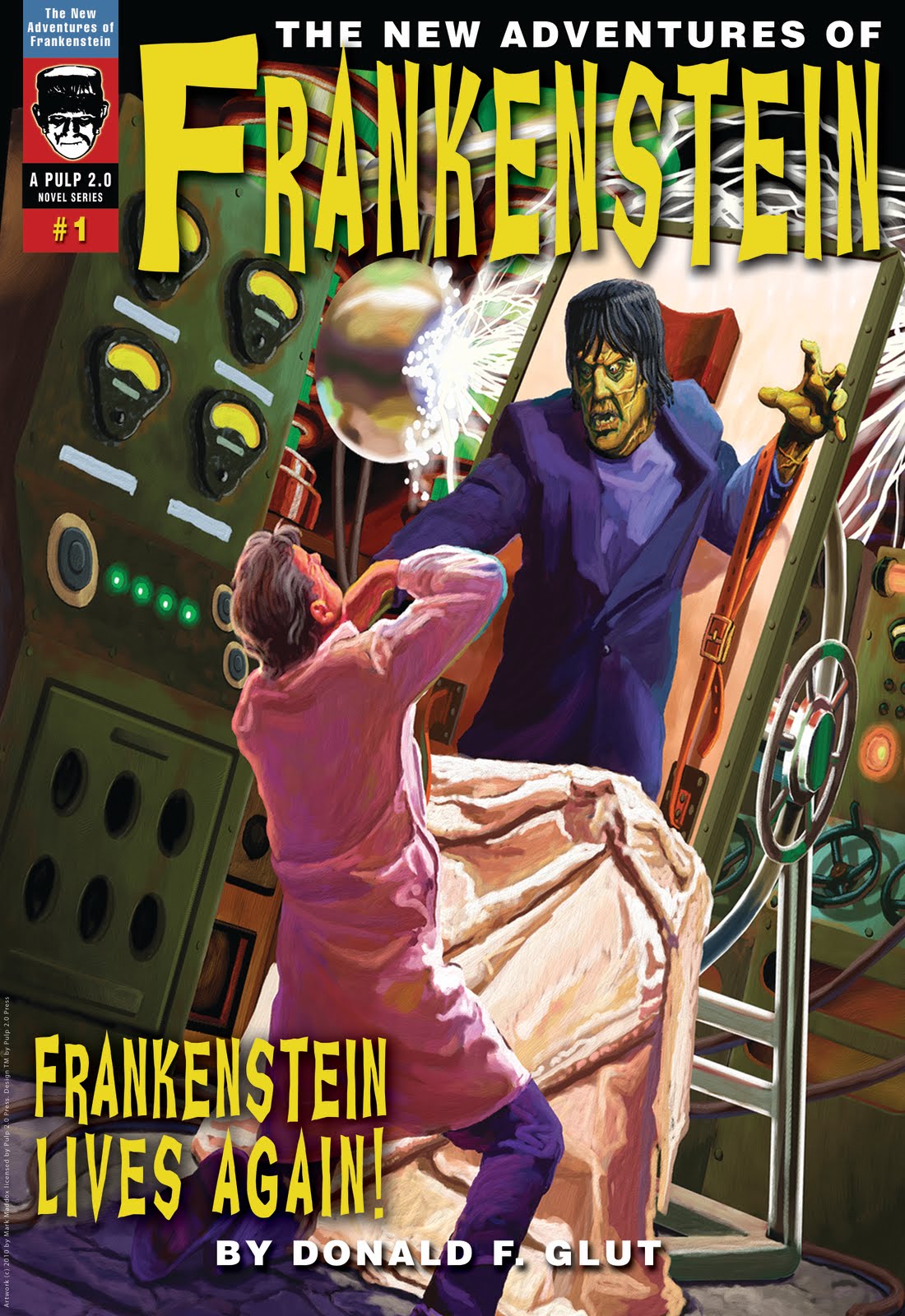 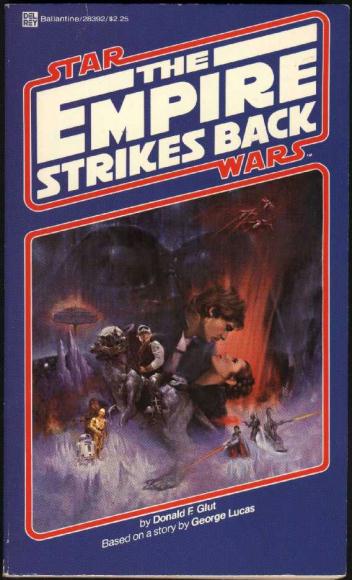 I’m not sure at what age I discovered that the anonymously written adventures of occult investigator, Doctor Spektor were Don’s work as well, but I certainly wasn’t surprised. The series was not easy to find, but the few issues I had did much to shape my interests in the days when I was small enough that books had to be read to me. I can recall seeing advertisements in an issue of Famous Monsters for Don’s The New Adventures of Frankenstein series of paperback originals. I never found the books at either of the two used bookstores I frequented growing up in Cleveland, but I was sure they were right up my alley.

Glut wasn’t just wherever I was looking, but where everyone else was looking, too. Fan magazines my older sisters read had articles written by Glut about the latest teen idol. As nostalgia swept the 1980s, my sisters fell back in love with their childhood favorites, The Monkees (then marking their twentieth anniversary). They began attending record conventions buying everything and anything associated with the band. One such item that came to light was an obscure sixties band called Penny Arcade produced by Monkee Michael Nesmith. The band’s bassist was, of course, Donald F. Glut. 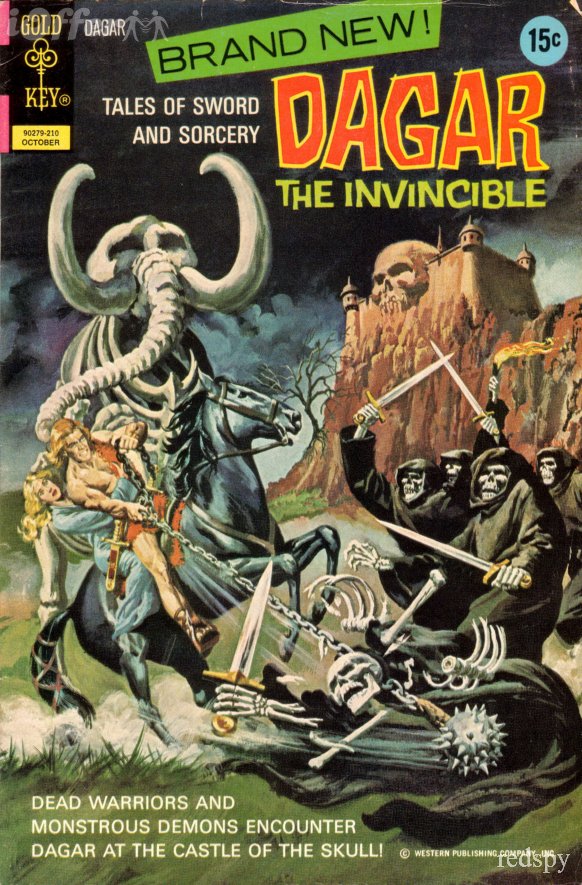 I was too old to care about Masters of the Universe, but later learned that not only did Don develop much of the back-story without credit, but he was recycling it from another comic he created in the early 1970s, Dagar the Invincible. Years later, while paging through a video trade magazine advertising direct to video schlock, there was the name again as Glut was now a writer/director of campy horror films. By that point, I knew of Glut’s own years as a teenage amateur filmmaker writing, directing, and sometimes starring in his own versions of classic horror and comic book favorites. There was no escaping his presence.

Today, Donald F. Glut is enjoying a bit of a renaissance. Dark Horse is reprinting The Occult Files of Doctor Spektor in prestige hardcover archive editions and Pulp 2.0 are reprinting The New Adventures of Frankenstein series as well as unearthing Don’s forgotten blaxploitation novel, Brother Blood for a new generation to discover and for aging consumers like me to enjoy all over again. 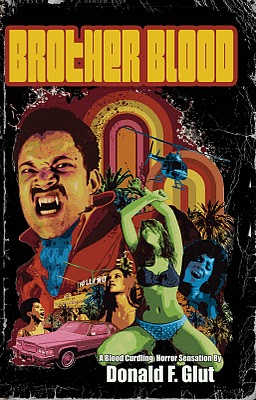 The Occult Files of Doctor Spektor is every bit as much fun as I remembered it. A cross between Sherlock Holmes and Doctor Strange, the weird exploits of independently wealthy adventurer Adam Spektor and his Native American secretary and lover, Lakota are now being read out loud in my house with my son and daughter dividing up the parts and performing them like plays from the living room couch. They howl with laughter at what strikes their 21st Century sensibilities as politically incorrect or out of fashion all the while thrilling to the fun of Spektor and Lakota taking on a rogue’s gallery that includes the reluctant vampire, Baron Tibor; a modern day descendant of Dr. Jekyll and Mr. Hyde; the immortal Count Dracula and the Frankenstein Monster; and assorted ghosts, spirits, witches, and demons that the duo sort out each issue, sometimes with the help of their African-American psychic friend, Elliott Kane. 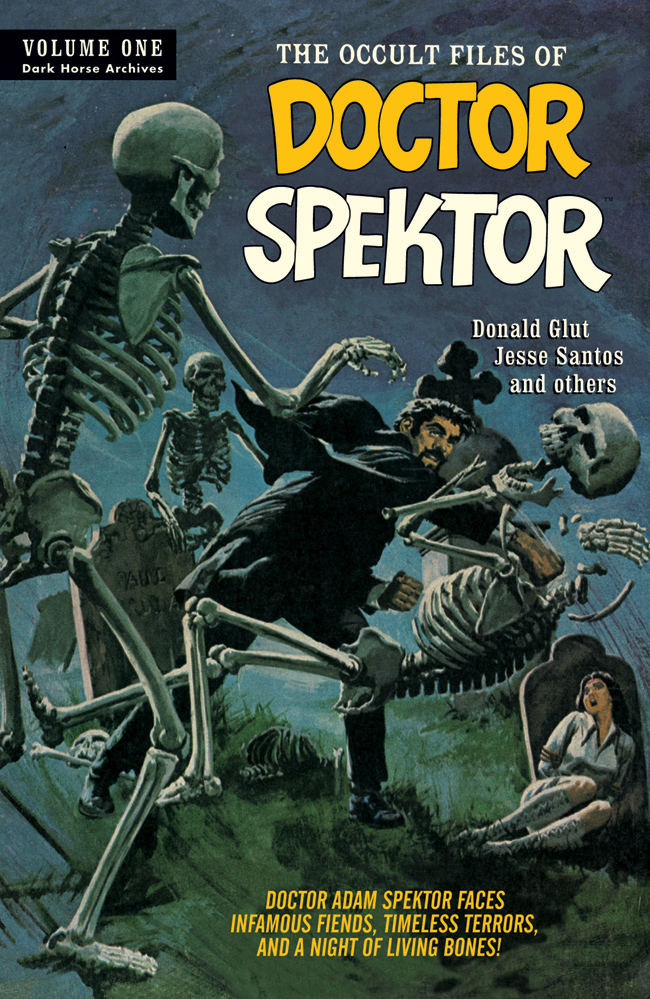 The New Adventures of Frankenstein has been given a whole new lease on life from Pulp 2.0. Mark Maddox’s gorgeous cover artwork for the first book, Frankenstein Lives Again! recalls both the Universal Monster classics of the 1930s and 1940s and the Aurora model kits of the 1960s. Glut’s prose is fast-paced, thrill-a-minute fun as Dr. Burt Winslow unwisely revives the Monster. The original misunderstood misanthrope tangles with a psychic circus master and torch-bearing villagers in an update that owes as much to Stan Lee and Jack Kirby’s original 1960s run on The Incredible Hulk as it does to the Universal monster classics. 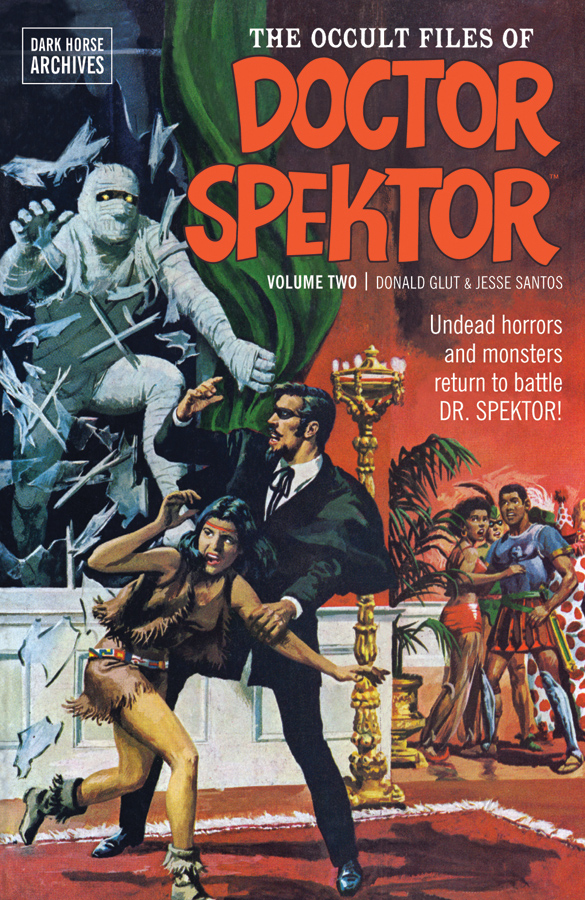 Pulp 2.0 is releasing the title as an eBook for only $0.99 on Amazon at the end of the month. A conventional print edition will follow. It is great to have this series back in print. Last year, I reviewed both of Robert J. Myers’ literary sequels to the Mary Shelley classic, The Cross of Frankenstein and The Slave of Frankenstein. Like Glut’s contemporaneous series, the Myers books were ones I was aware of from my childhood and had longed to read. As an adult with the utmost respect for Shelley’s seminal work, I was mortified by Myers’ mishandling of her characters and concepts. Glut brings no literary pretensions to bear. His New Adventures of Frankenstein is meant to be nothing more than an evocation of the thrills the character brought him as a kid watching monster movies while growing up in the 1940s and 1950s. From that perspective, Glut succeeds admirably.

A short time ago when I decided to work harder at making my lifelong dream of becoming a writer reality, I realized the tremendous debt I owed Don Glut. His work was as vital to me as Blake Edwards, Dashiell Hammett, Raymond Chandler, and Sax Rohmer in making me want to be able to write about all the subjects that interested me and tell my own stories because there weren’t enough to just read. So thank you, Don for all the fun hours you gave me. I am honored to share your work with my own kids and find that, in your case, you can go home again.