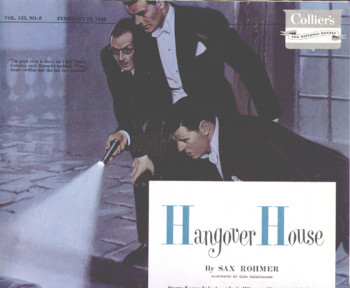 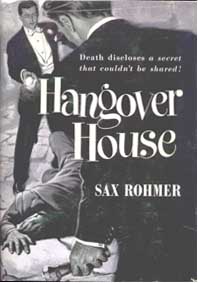 Interestingly, Collier’s had published an earlier iteration as the short story, “Serpent Wind” in their November 7, 1942 issue. This story was part of a series later collected in book form in 1944 by Robert Hale as Egyptian Nights in the UK and by McBride & Nast under the title Bimbashi Baruk of Egypt in the US. “Serpent Wind” was retitled “The Scarab of Lapis Lazuli” for its hardcover publication. The story later appeared under its original title in the anthologies, Murder for the Millions in 1946 and Horror and Homicide in 1949.