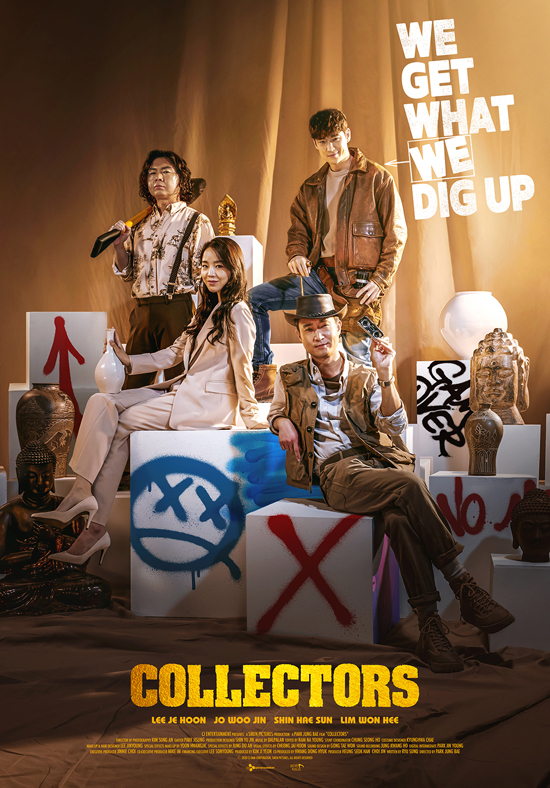 Collectors (도굴) is a slick heist movie with lots of action, and it comes from South Korea courtesy of director Park Jung-bae and writer Hwang Dong-hyuk. Released last year in Korea, it was a significant hit, sitting at the top of the box office for three weeks and finishing as the 11th biggest Korean film of the year. It’s a crowd-pleaser, to be sure.

It follows Dong-goo (Lee Je-hoon), a thief of antiquities and historical artifacts, who has a glib attitude and a tragic backstory. He begins the movie by swiping a golden buddha statue, which leads him into a yet larger scheme, and an association with a crooked rich man (Song Young-Chang). And this leads him to another scheme; set-pieces proliferate as he gathers allies and prepares for the biggest job of all, stealing an ancient sword from the middle of a major city. We get intricate plans, fight scenes, and twists and turns aplenty. 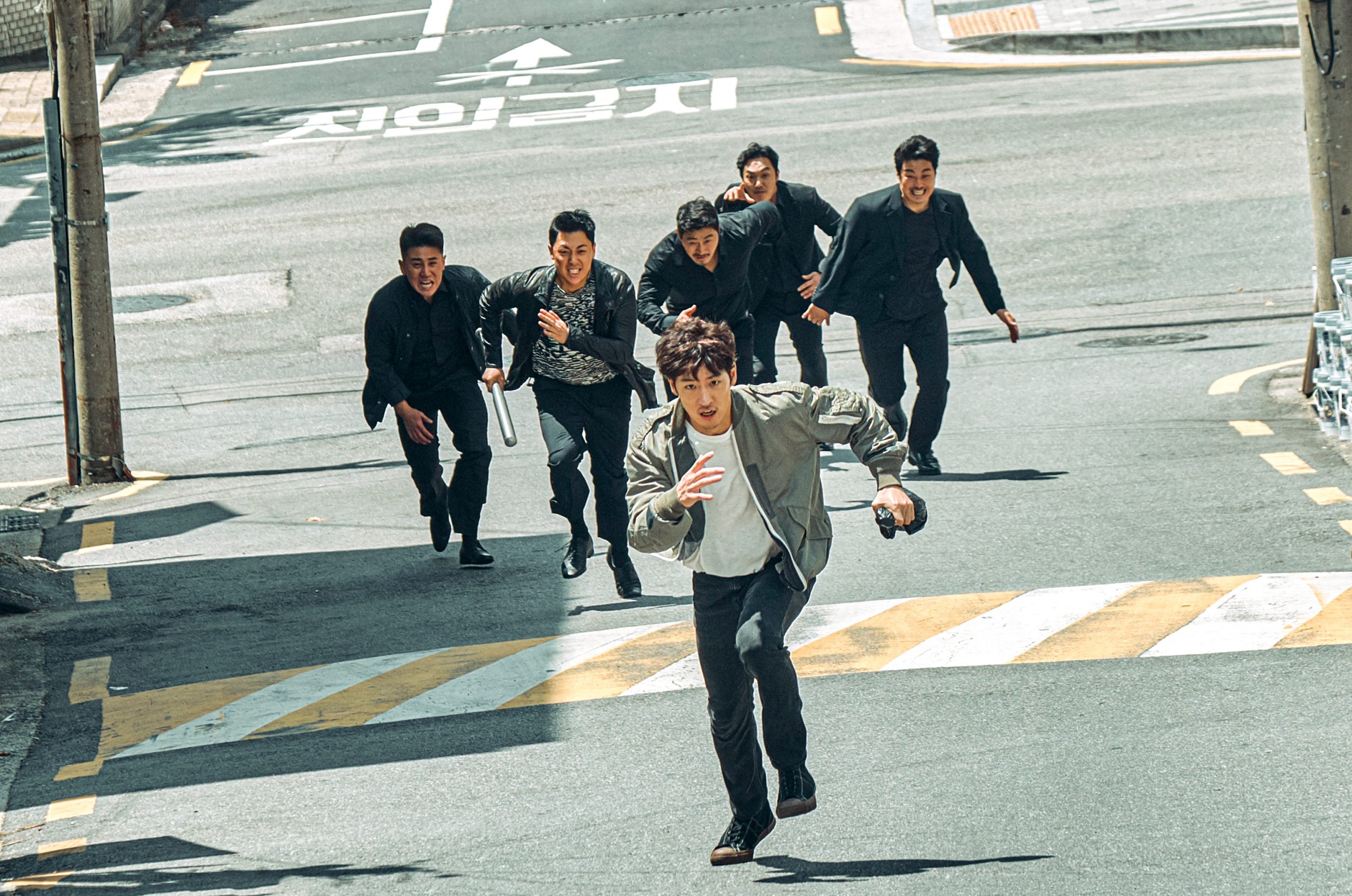 I have an affection for movies that know what they want to be and go about being that. Which is what Collectors does. It aims at being a smooth-functioning blockbuster, and hits all the marks it needs to in order to pull that off — which is not the easiest thing to manage. But the writing’s clever enough, with enough thought put into the plotting, that this movie works. Dong-goo’s real game doesn’t become clear until late in the film, but when it does the groundwork’s been well-laid. This isn’t a character-driven movie, but it is a movie where the plot’s a function of the main character’s past, so that when all’s been made clear there’s more than a mechanical satisfaction in seeing it all laid out.

The film’s creative enough to both build good scenes out of the schemes of Dong-goo and his grave robbers, and also to come up with clever ways to show us those schemes at the planning stage — before, of course, things get more complicated when they’re put in practice. Supporting characters are colourful and fun. There’s a tip of the fedora to one of cinema’s more famous raiders of lost artifacts in the form of one of Dong-goo’s recruits, Dr. Jones (Jo Woo-jin, also at Fantasia this year in Seobok), a historical expert; and a master shoveller (Im Won-hee) to help Dong-goo get about under the surface of things. 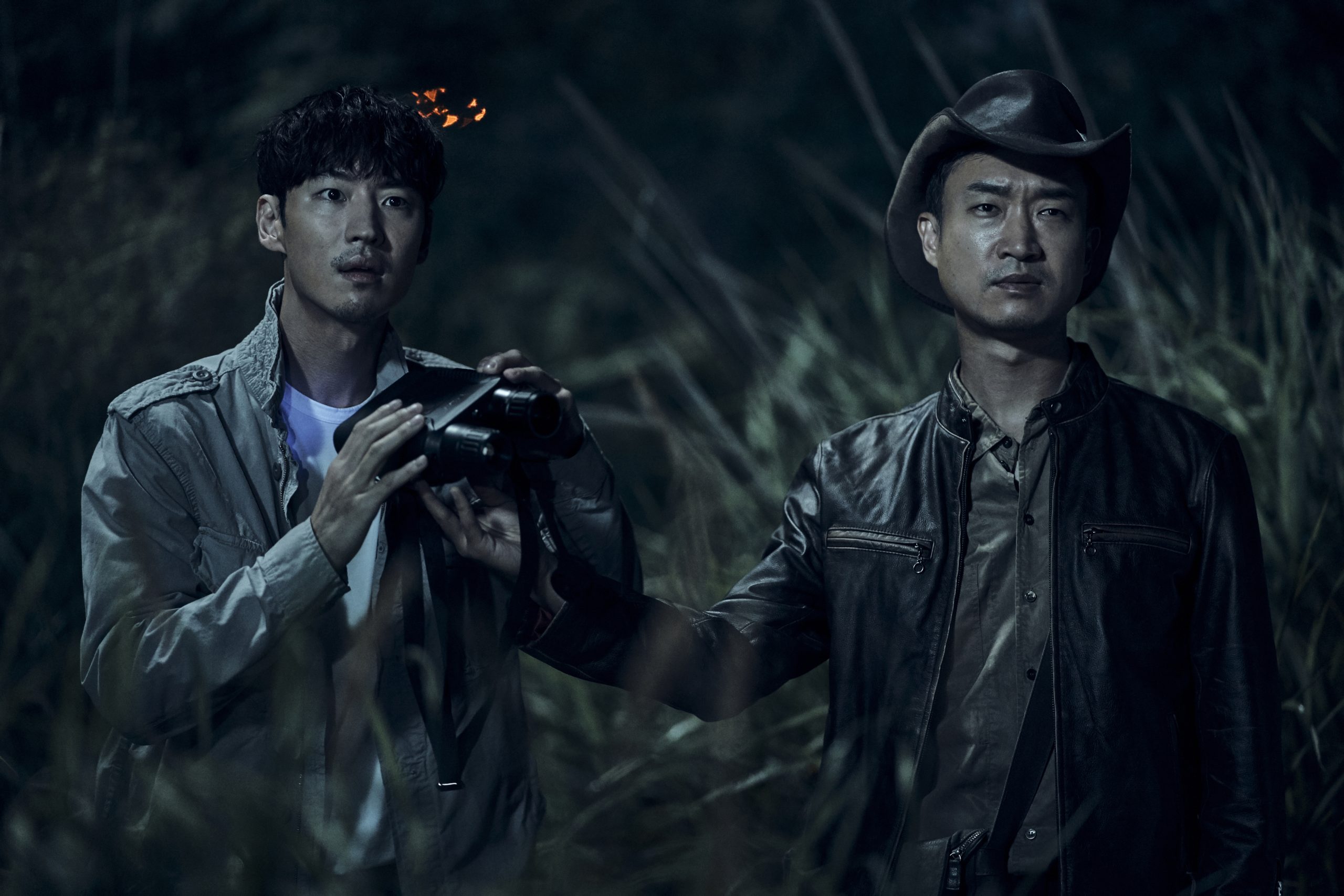 These characters, along with Shin Hye-Sun’s assistant to the rich villain at the centre of the story, do feel underdeveloped. It’s true that they’re peripheral to the main story here, and it’s possible to argue that the film succeeds by making one want to see more of them. But there’s something of an inconsistent level of depth to the supporting characters; some of the cops chasing Dong-goo feel more developed in less screen time than the guys who’re his main allies.

Nevertheless, this is a smart movie that moves well. It’s almost a full two hours — 114 minutes — but packs a lot of event into that time. It’s funny, and clever, and if you know roughly how things are going to turn out just because of what sort of movie this is and what the tone is, it’s still a fun ride getting there. The visual storytelling’s sharp, getting across a lot of information quickly. There are points that read as baffling at first, just because the film doesn’t always pause to hold the hands of every viewer; you sometimes have to give it a few minutes or more before things fall into place. Given the type of movie this is, I’m not sure whether this is praise or criticism. Either way, there it is. 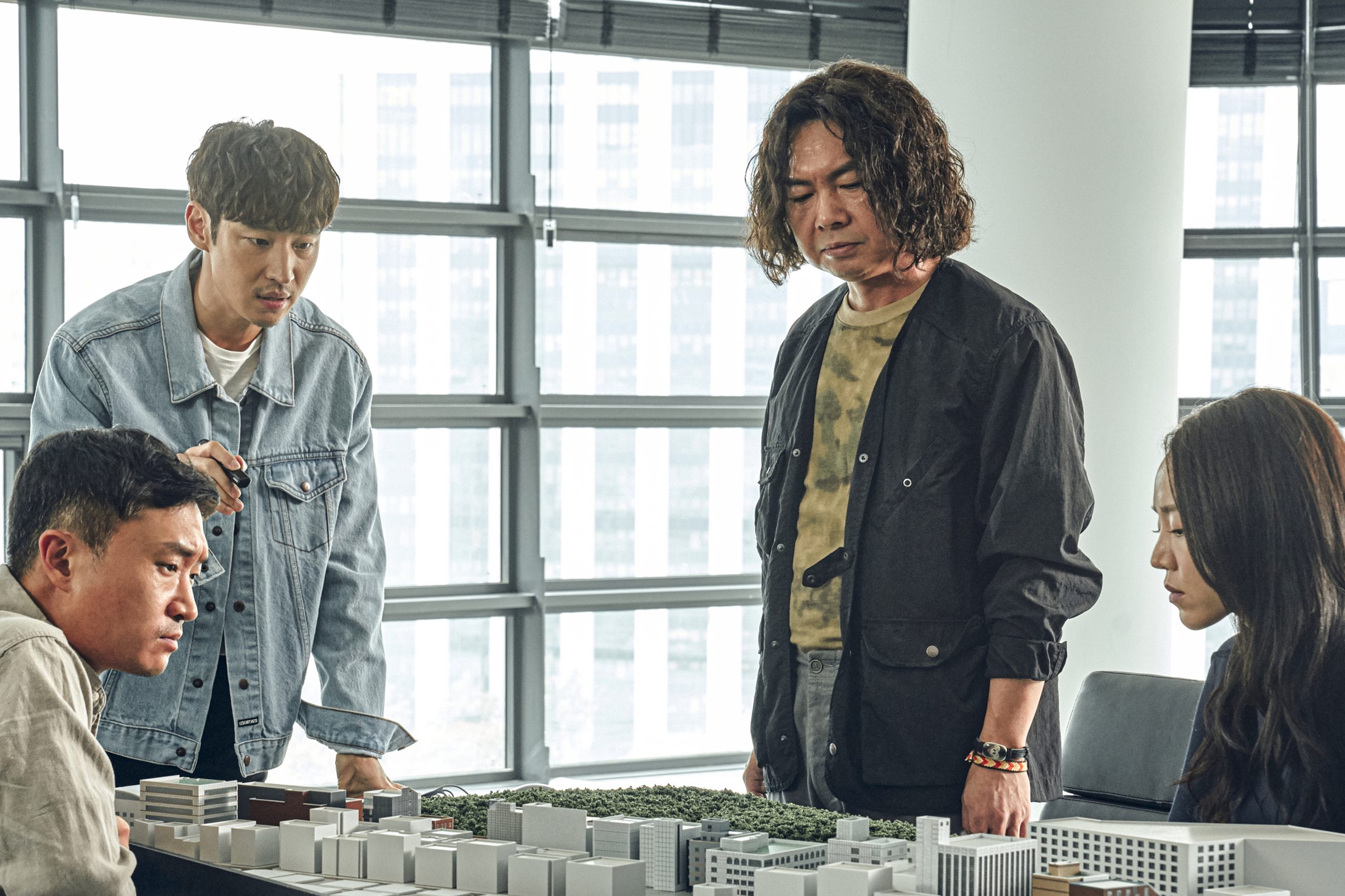 I’ll note that while there is a lot of information on Korean history in the film, it’s not alienating. Whatever you need to know about the various artifacts is told to the audience; the film doesn’t assume much. Neither did it strike me as particularly precious about Korean history. To me, it seemed to avoid any sense of nationalism, and in fact one of the final twists suggests a nice cynicism about the stories that people like to tell about history and historical artifacts.

There is a theme here, though, and it’s only incidentally to do with history. There aren’t really two sides to stealing artifacts, after all. Only, there actually is a market for black-market antiquities driven by rich collectors. The thieves we follow are professionals struggling to make a living, but the film emphasises the resources and luxurious life of the people who buy up the stolen goods. So the movie turns into a story about the poor and the rich, and the rich trying to exploit the poor while the poor try to get the better of the rich by being smarter. It’s not a sophisticated tale of class warfare, but it’s enough to give the action some bite. 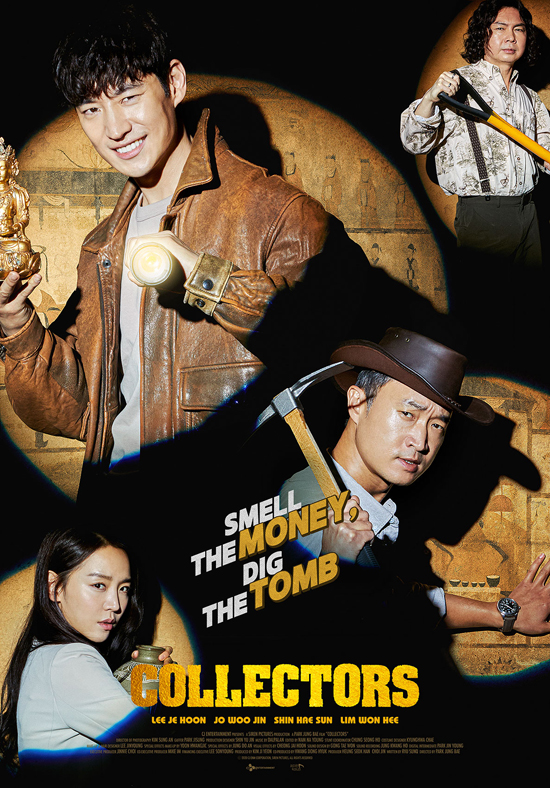 It does also implicitly make a point about the rich having an equivocal relationship to their heritage. A wealthy Korean man’s trying to get Korean historical artifacts, but that means taking them away from the Korean people. And, frequently, selling them to the Japanese. The rich impoverish the country as a whole, draining it of its past and the concrete relics of history. But at a certain point, past actions come back on you. Particularly in a pop action film.

As I say, Collectors does the thing it sets out to do. You can’t help but think of Raiders of the Lost Ark for a number of reasons, but there aren’t the death-traps here that you get in those movies — the heart of the film’s in another place, and so it’s more like Ocean’s 11 in the way it structures intricate plans and heists. Frankly, though, if there is an American movie it reminded me of, it’s the complicated plot structures of Hudson Hawk, and I mean that in the best way. But in fact this movie is mainly its own thing, with a tone of its own. It’s a good bit of work that aims at entertainment, and succeeds.

I tried locating this on Amazon and eBay, but had no luck. Any idea where it might be available?