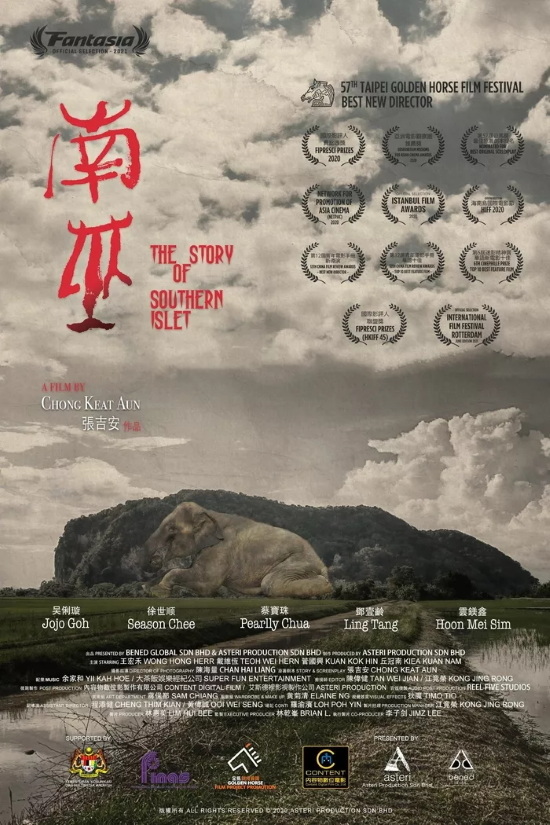 The Story of Southern Islet is a feature film from Malaysia written and directed by Chong Keat Aun, an autobiographical tale of gods and curses set in 1987 — “based on a true childhood story,” we’re told at the start. In the Malaysian state of Kedah, a farmer named Cheong (Season Chee) works in the shadow of the imposing Mount Keriang. When he falls ill after a quarrel with a neighbour, his wife Yan (Jojo Goh) must find out what’s happened to him and try to find a cure. Although profoundly secular as the movie starts, she eventually has to accept that her husband has offended a god. But this is a part of the world where Buddhism, Hinduism, Islam, and many other religions have crossed paths for centuries; so before curing him Yan has to work out which god, exactly, her husband’s offended.

This is an intriguing premise, and it’s developed well if at a deliberate pace. There’s a certain kind of slow cinema I’ve seen from Southeast Asia over the last few years (perhaps deriving from the work of Apichatpong Weerasethakul), combining long takes and pared-back dialogue with a story that involves a kind of mythic reality. Examples from past Fantasias might include 2017’s Town In A Lake and 2019’s Mystery of the Night. The Story of Southern Islet is stylistically in that tradition, but is a trifle lighter in tone.

This approach works very well if the visuals are strong enough to keep the long still takes interesting. That’s very much the case here, as Chong finds strong images to tell his story. In particular, the early sections emphasise the mundanity of the family’s life, presenting realism with a close focus. That sets up the later sections of the film, as Yan tries to understand the word of the gods; we are not in some otherworld, or an exoticised realm of strangeness, but in a concrete setting of not-too-well-off farmers who toil and raise families and argue with the neighbours.

Then once the divine does enter into the film, Chong finds wonderful ways to depict it. For example, there’s a scene where Yan talks to a shaman who’s being possessed by a god. They’re sitting around a table, the camera doesn’t move, and we see Yan looking offscreen at the shaman, who’s just slightly out of frame to the right. We see the shaman’s arms gesticulating, occasionally his head ducking into view and then back out, but mostly he’s an invisible presence just outside the picture frame. So the shaman’s both a part of ordinary life, as much a part of the world as Yan or the table or anything else actually in the shot, and yet also out of view, possessed by a god, representing the divine force that’s part of some other order. 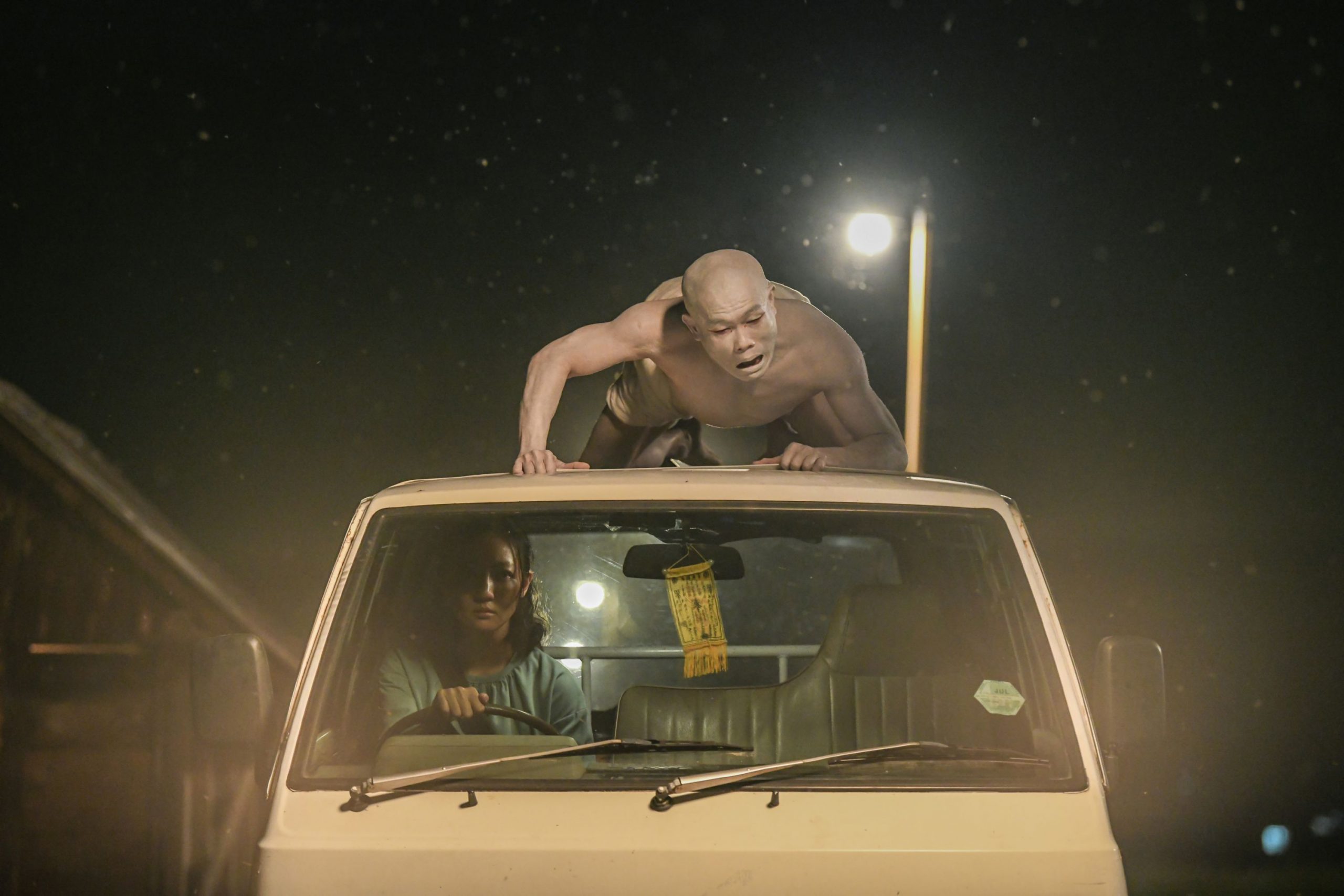 Or so I read it. At any rate, Chong does an excellent job of creating a kind of mythic quest arc out of his own remembered experience. Yan travels into the heart of the mountain looming over the land, and again inside is a low-scale but extremely effective setting for the divine to appear. She persists, and eventually finds out what she must do. And it turns out that the story’s myth speaks to the reality of the place in which it’s set.

Chong’s spoken about the details of the time and place; how Yan and his mother both came from the more Westernised south of the country, and Cheong and his father both came from the more rural north. And he’s spoken about how he worked with local myths, about the mountain and about the embodiments of curses. And spoekn too about why he set the movie in 1987, instead of 1989 when the incident in his past happened; how 1987 was 30 years after Malaysia’s independence, and also the time of Operation Lalang, mass arrests made in the name of reducing ethic tensions (a justification widely doubted). 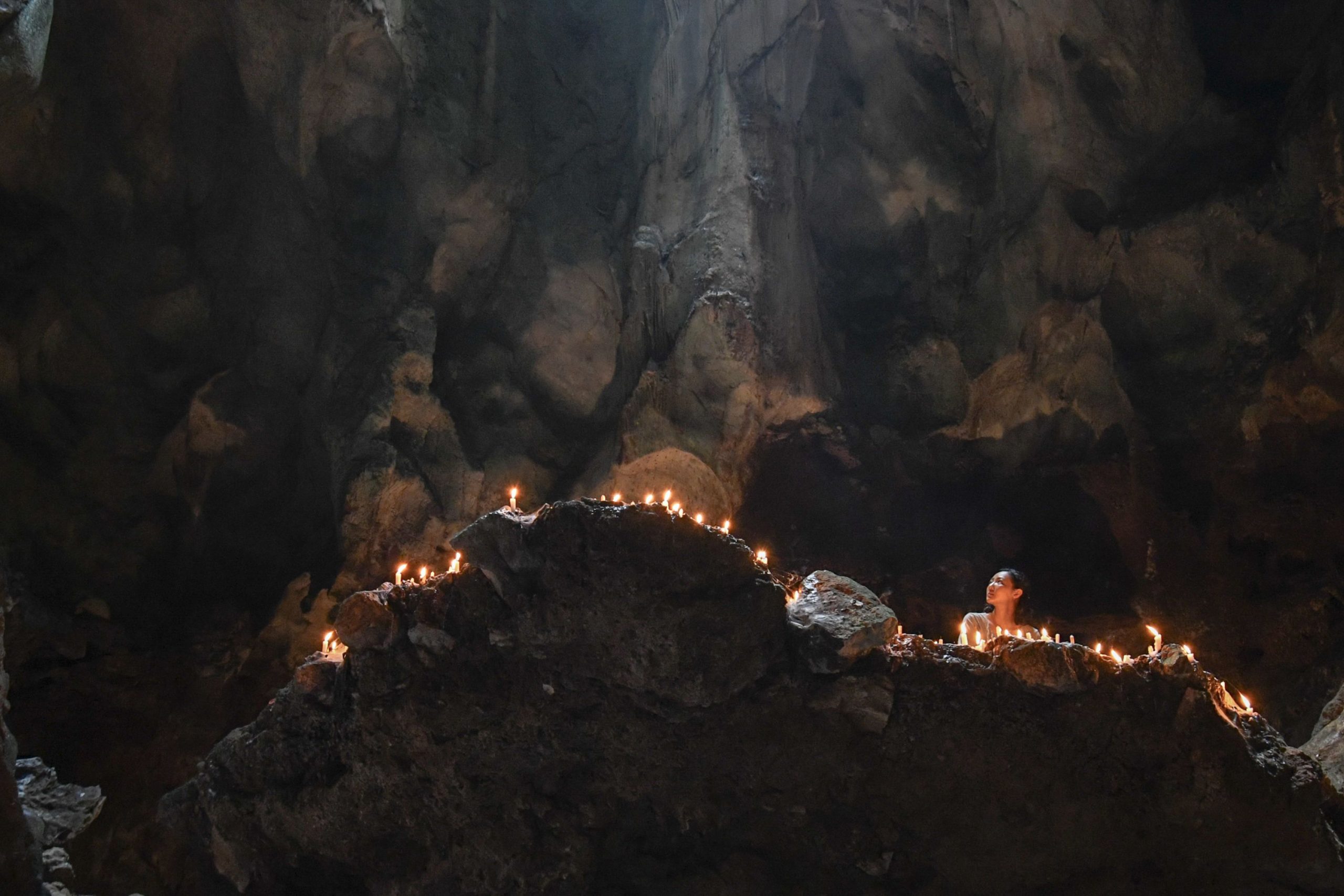 You don’t need to know all this as you watch the movie (I didn’t). Because you can pick up some of what Chong has in mind simply from what’s onscreen. You note the way that the use of Chinese as a language is discussed at the school Cheong and Yan’s children attend. You note the use of shadow-puppet shows, a traditional Malaysian form. This story about gods and magic is reflected in the various cultural strands of the people who live in the area the film’s about. It’s a story of cultural cross-fertilisation, and also of cultural tensions and conflicts.

It goes without saying that religions and magical beliefs are part of a culture. And so in this film the divine, in addition to being a real presence in itself, also symbolises culture. There is a story about the mountain, a poignant origin myth, that comes to have meaning for the family at the centre of the tale; it’s a story that is literally about a goddess, but metaphorically about the people who believe in the goddess. What is striking about The Story of Southern Islet is how alive it is to that sort of symbolic fusion. It’s not that the story of the goddess is purely metaphor; it is instead truth on another level. 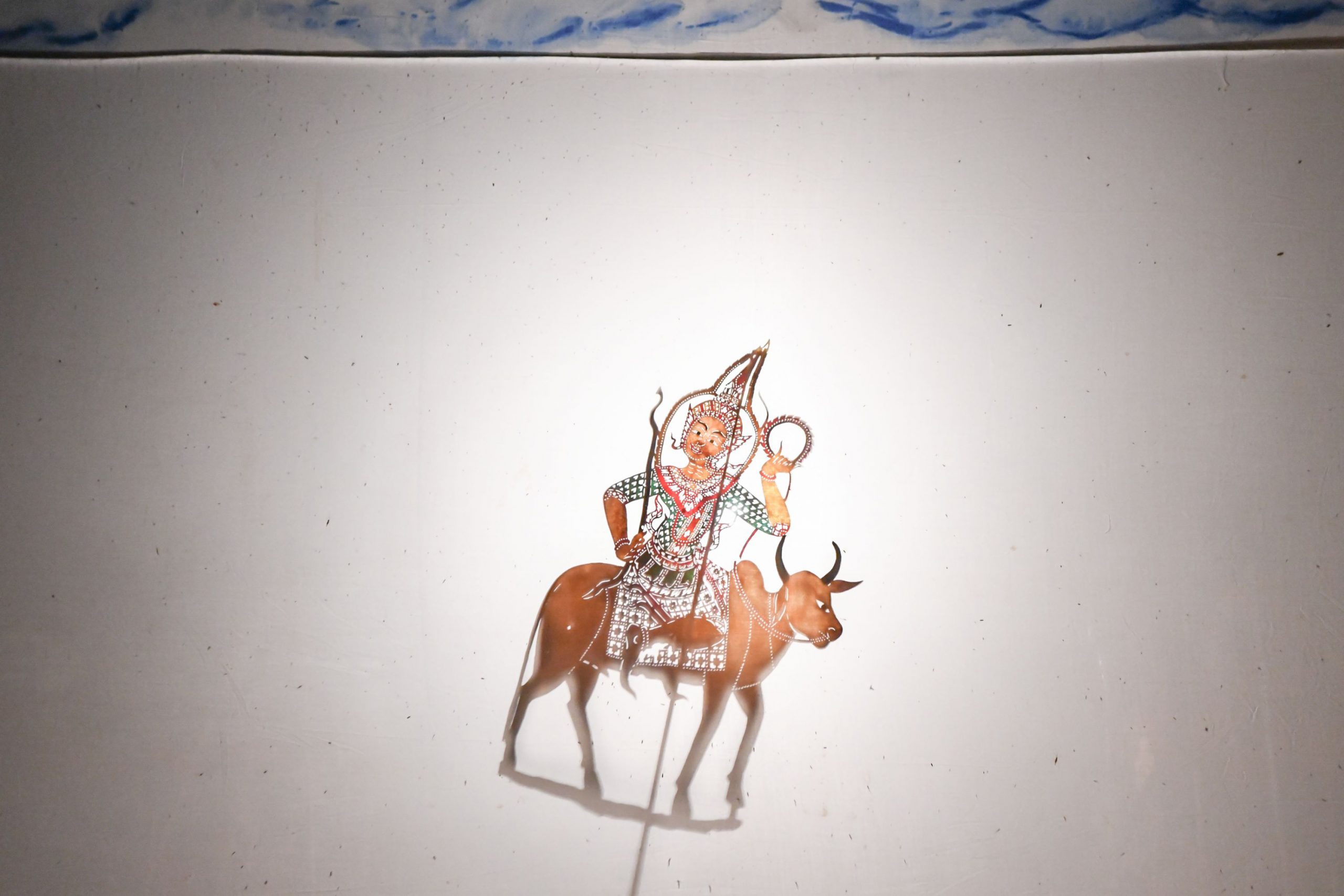 This film is the sort of story that makes you question how broad the word ‘fantasy’ really is. I like the word because to me it covers the visionary; you can track the word back etymologically to a root meaning to shine or to make visible. In that sense there’s something fantastic in this movie, a story about the real everyday world that also shows how magical and divine forces can be seen to manifest in that world. Chong’s sense of what can be shown and what can be implied is impeccable, and so in addition to telling a story based on real events he has also created a kind of arthouse fantasy. It is a movie that does not oppose the real and the magical, but takes place in a time and place where both things are felt to be true.