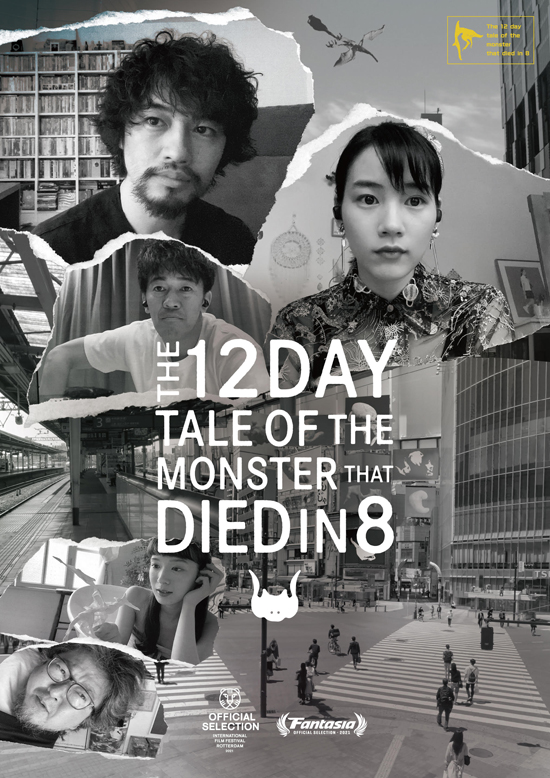 In 2020 a group of Japanese directors launched ‘Kaiju Defeats Covid,’ a viral scheme in which kaiju fans were encouraged to send in clips of themselves using the kaiju they had around the house (well, or models thereof) to destroy the COVID-19 virus. There’s something appealing about this idea, enlisting the very large to defeat the very small: like a reversal of War Of the Worlds. At any rate, Director Shunji Iwai took the core of this idea and built a feature film out of it, making first a series of videos for YouTube and then expanding them into a full feature film.

The 12 Day Tale of the Monster That Died In 8 (8日で死んだ怪獣の12日の物語, Yoka de Shinda Kaiju no Juninichi no Monogatari) follows an actor named Sato (Takumi Saitoh, who has been in many things including Haruko’s Paranormal Laboratory and Tokyo Vampire Hotel, here playing a version of himself) temporarily with no work due to the COVID shutdown of the Japanese film industry. To fill the time, he’s bought ‘capsule kaijus’ online, small monsters that hatch from a capsule and will grow; Sato plans to send their final forms to take on COVID (the idea of capsule kaiju, incidentally, is taken from a 60s TV show called Ultraseven). He gets advice about the creatures from a director he knows, Shinji Higuchi (one of the directors behind the Kaiju Defeats Covid project, also the co-director of Shin Godzilla, and the director of, among other things, the live-action Attack On Titan), and watches a YouTuber raising her own capsule kaiju. And he chats with other friends and co-workers. The entire film is in fact a series of video calls, occasionally interrupted by scenes of dancers, or a drone flying through a city, all of it in black and white. (Wikizilla.org claims that this is the first kaiju movie shot entirely in black-and-white since 1965.)

Mostly, in fact, Sato’s chatting with his friends and colleagues, with the slender story of the growth and development of the capsule monster mentioned only in passing. Most of these interactions are relatively prosaic, though his friend Non (the star of Princess Jellyfish, here playing herself) has bought an invisible alien online which only she can hear. Slowly we become aware through passing references that the characters live in a world that has a history of kaiju attacks and alien incursions — but which is basically still the world we know, with all the human complexity and variety and mundanity of the real world. Along with its COVID lockdowns.

As noted, most of the film is a series of one-to-one video calls, with the two participants in separate squares to either side of the screen. It’s not immediately visually exciting, but it does insist on the separation the two people in the conversation have from each other. And it lets us focus on the actors: the point of this film, unlike most kaiju movies, is the subtleties of character that came out in the nuances of the performances. (We also get to see the backgrounds of the living spaces of the people in the conversations, encouraging us to speculate about what these places tell us about the people we’re seeing.) 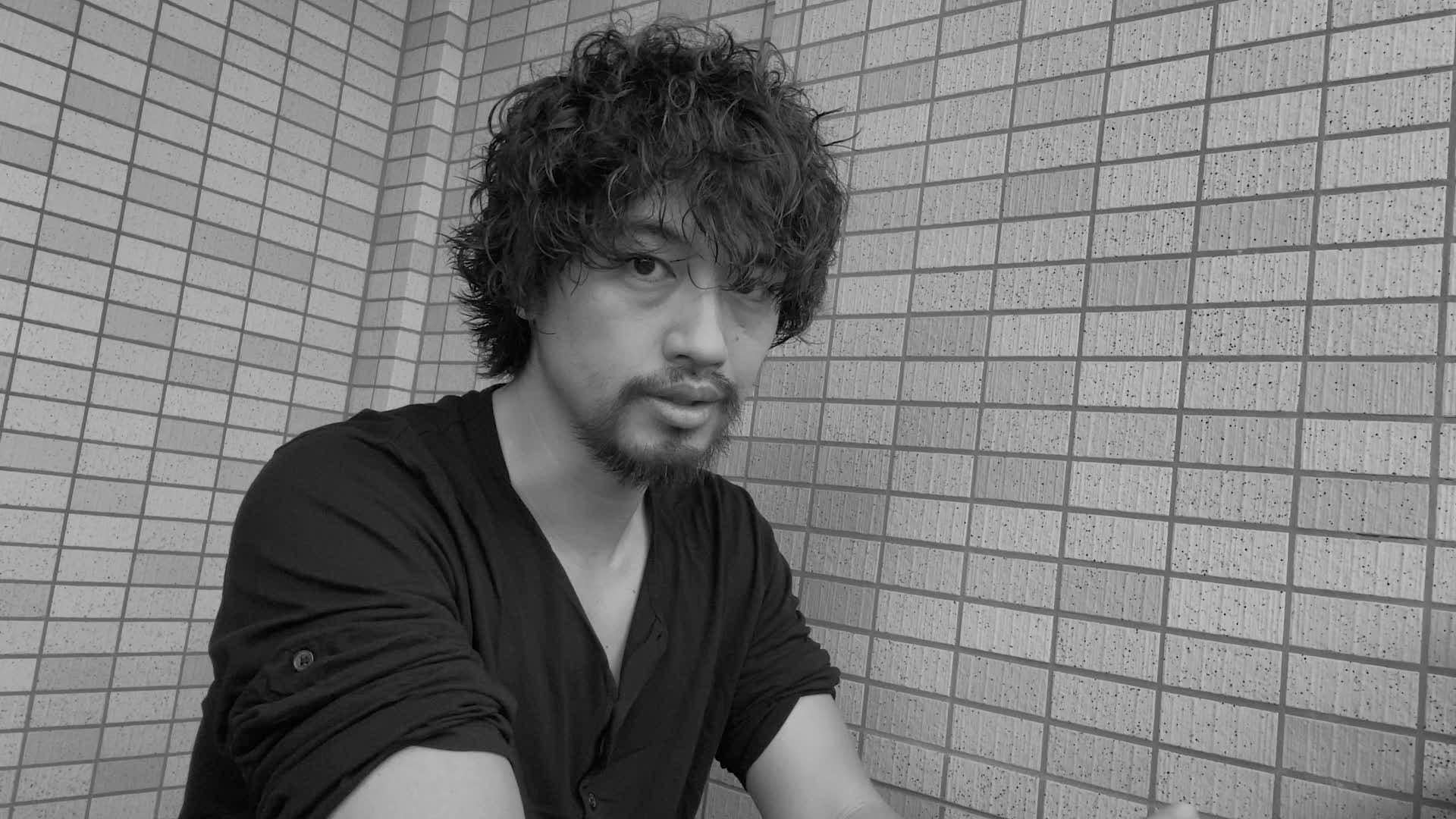 Fundamentally, then, this is a movie about real people, with a few nods to the improbabilities of history. The monsters are a symbolic way to talk about the way we talk to each other, both concrete and ephemeral — Sato’s capsule kaiju never develop further than small clay shapes, but do become powerful images. They’re a symbol of our hopes, if you like, and of our imagination. In that sense, they’re the perfect thing to pit against the power of COVID.

Most of the conversations are relatively prosaic, people catching up on other people’s lives and families. This actually emphasises the fantasy of the kaiju as the organising principle of the film. The 12 Day Tale captures the tone of friends chatting with each other over the computer — there’s an improvisational feel, though apparently the whole thing was scripted. Lots of topics are touched on, but the kaiju bind all the material here together. “I just want to forget about reality,” one character says, and we know that kaiju are a good way to do that. 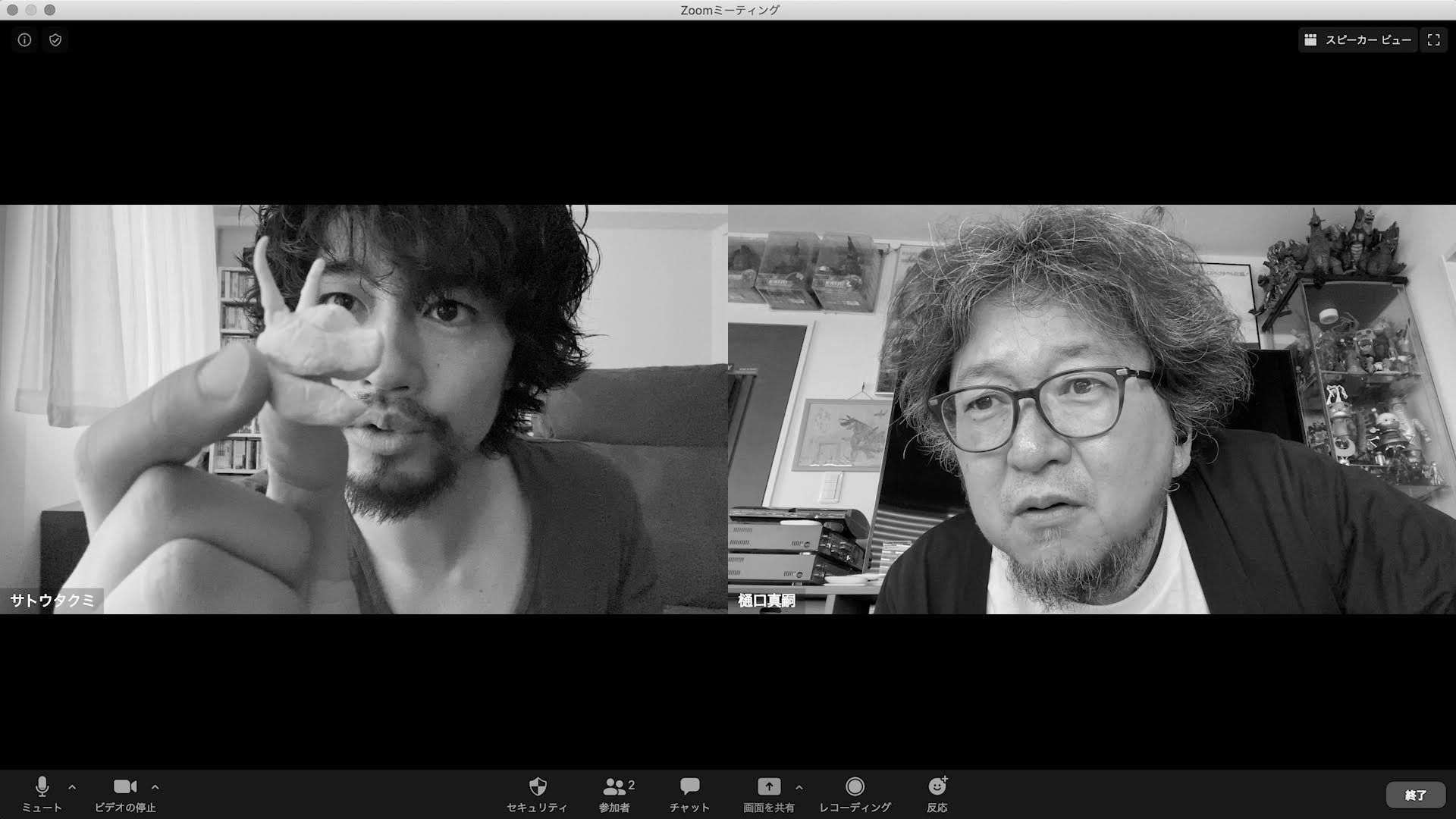 The myth under the reality we see on screen is coherent, if a bit ragged. The details of it, the past history of waves of attacks by aliens and monsters, is less important than the way the characters have taken it on board, accepted it as part of the past, and go about living their lives just as normal anyway. There is absurdity in the stories they mention in passing, absurdity up to and including Balloonga the Balloon Monster From Saturn. And yet it’s all taken straight-faced as the simple matter of history. More than that, these stories are also the key to the future, as Higuchi keeps coming up with new explanations for the forms Sato’s monsters take as a way of trying to work out what they actually are. As science-fiction it’s nonsensical; as narrative somehow it all works.

The actual monsters themselves are charming, tiny figures of clay that have an essential fragility: just to touch them risks deforming them. Yet the stage is stolen to some extent by Non’s invisible alien, which we never see, which never gives any visible or audible sign of its presence, never lifts or moves anything. It’s created purely by Non’s acting, and it works, one of the more theatrical touches in a movie that feels less stagey than one might expect. 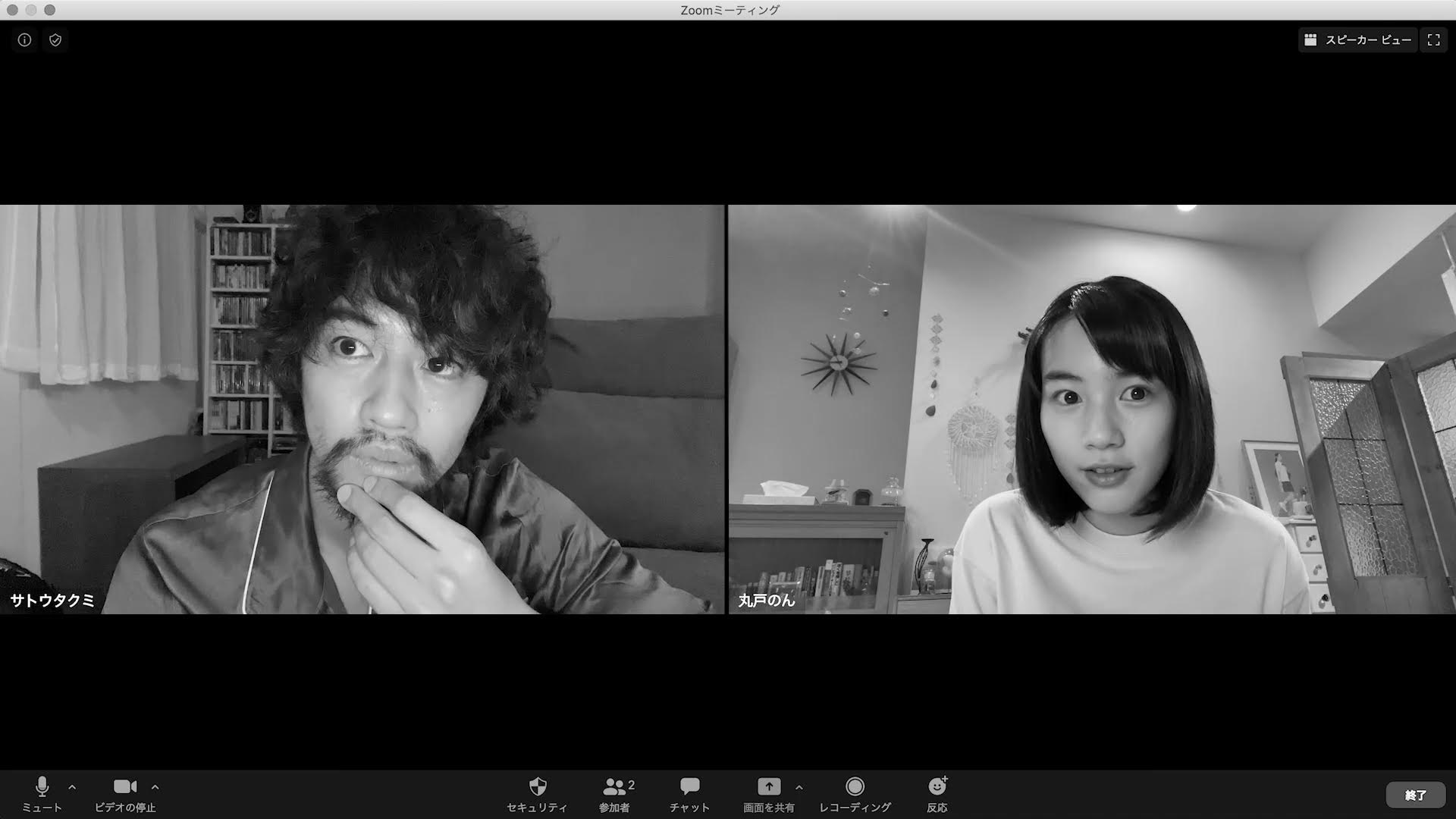 There’s not much outright humour here, or more precisely the humour’s difficult to distinguish from straight-faced surrealism. And yet the movie’s entertaining, if not in the way of most kaiju films. Sato’s got a warm persona, thoughtful yet often a little befuddled, and that anchors the film — he’s the guy we see almost all the time, and to the extent there’s a dramatic story here, it is he who is the main character, he who tries to raise the little monsters. And he carries the movie, in his subtle way.

The movie’s always got COVID on its mind; the capsule kaiju are sometimes given the names of drugs with promise against the coronavirus (at least one of which has unfortunately gotten into the news for bad reasons since). And the final metamorphosis of the last monster, and the acknowledgement of the true heroes of the fight against the virus, is powerful. But while the film deals with a painful element of reality, it’s so offbeat it doesn’t seem to insist on the real. It’s the lowest-budget kaiju movie I’ve ever seen, but it works: it’s gentle, odd, good-hearted, and sweet.