So, last year, as the Pandemic settled in like an unwanted relative who just came for a week and is still tying up the bathroom, I did a series of posts for the FB Page of the Nero Wolfe fan club, The Wolfe Pack. I speculated on what Stay at Home would be like for Archie, living in the Brownstone with Nero Wolfe, Fritz Brenner, and Theodore Hortsmann. I have already re-posted days one through twenty-nine. Here is day thirty (April 19). It helps if you read the series in order, so I’ve included links to the earlier entries.

Saul called after dinner. I took my coffee into the front room and talked to him from there. I made a mental note to ask him about the online poker game. “Need a professional to step in and bail you out on that bank job? My rates are very reasonable.”

“I’ll keep you in mind if I need to farm out any work to the minors.”

“Phsaw. Fred can handle those. What are you up to? Done with the bank thing?”

“That wasn’t too tough. I’ve taken this week off and stayed in the house. Good thing I don’t have to tail anybody. There’s not much cover out there.

I laughed. The current environment would definitely challenge his tailing skills, which were better than anybody else’s that I knew.

“How is Mister Wolfe doing?”

“Fat and happy. He’s barely noticed that there’s a global pandemic going on out there. And he doesn’t have to work. If he could keep the beer and supplies coming, it could go on indefinitely. He’d like me to go for more of my walks when he’s not in the plant rooms, but that’s about it.”

I’m sure Saul wasn’t surprised. “You both keeping your tempers?” I admitted that overall, we were weathering the storm pretty well.

“I’m calling to see if you want to get out of the house.”

I was puzzled. Saul knew that Nero Wolfe paid my salary, and I didn’t take jobs on my own. At least, not without quitting first. ‘I’m not earning it, but Wolfe is still signing my paycheck.”

“I know the normal rules. But these aren’t normal times. Bascom thought maybe you could take on a job, since he figured Wolfe wasn’t working.” He paused. “It’s a safety thing.”

That caught my attention. People out there were taking advantage of the crisis and committing harmful, and sometimes flat-out evil, crimes.

“I talked about it with Del. We were thinking maybe Wolfe could spare you part of the day. You could either work on something with me, or piece-work something else.” He paused again. “I know you, Archie. You can’t just not work any more than I can. It’s why I’m doing a little stuff for Bascom. Just to keep active.”

Saul knew me all right. “What’s this safety thing?”

“Somebody’s hijacking PPE stuff. From the docks, from hospitals, from holding areas. Masks, gloves, sanitizer. I heard respirators, too.”

They say it takes all kinds, but I think we could do without some kinds out there. “It takes someone pretty low on the evolutionary scale to be stealing that stuff these days.”

He agreed with me. “But that stuff is in demand. And as Prohibition proved, people out there will do illegal things to make a buck.”

I told him I’d think it over and possibly run it by Wolfe. I wanted to do something, and that seemed like a noble cause.

After dinner, which was fish prepared some way that I couldn’t pronounce, I broached the subject to Wolfe.

“I am very appreciative that you are keeping me on salary these days. But you know that I like to earn my pay. And that is something I have not been doing the past month.”

“You’ve done an adequate job of not annoying me, which is sufficient.”

Some days I just wanted to punch him in the nose. “Yeah. For you. That’s great. You can thank me for it later. But I need to do something.”

He hadn’t looked up from his book, which was a collection of poems by Carl Sandburg. Poetry is not my thing. I seem to remember he wrote one about cat’s feet, though. Now, Wolfe did look at me. “I assume this leading up to something. It usually does. What do you want, Archie?”

“Saul called today. He’s been taking some spot work from Del Bascom, related to essential businesses. Bascom wants me to help out on a job. It sounds like somebody got organized and is stealing emergency supplies.” 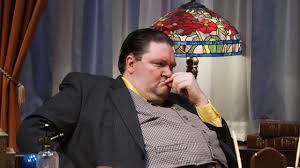 “Right. That’s pretty bad. There’s not much to take care of here in the morning. I could head out around 11, work on it for a few hours, and still be back and clean up for dinner. We could try that for a few days and see how it goes.” I paused. “You wouldn’t pay me, of course. I’ll charge Bascom. That’s one way to reduce expenses around here.”

“I know that you chafe at not having cases. And I believe I can manage with you gone part of the day.”

“But that also exposes you to the virus. And you could well be carrying traces of it when you return. Especially if you are visiting hospitals, which seems likely.”

“I will consider it. I do not willingly begrudge you the opportunity to practice your trade. But I must weigh that versus the safety of the rest of us. Let me think about it, without your incessant badgering, and we will discuss it tomorrow. Acceptable?”

Fritz was done fretting over the ‘noise in the front room’ (or lack of) discussion Wolfe and I had over the weekend, so it was back to movie night. He made what I can only describe as corn fitter tater tots, and they were delicious. We watched China Clipper. Pat O’Brien, who Bogart supported in several films, is trying to start a new airline. With Bogie a friend and pilot in the venture. O’Brien becomes an obsessed jerk and drives off those around him, before the big finish.

It was a typical thirties movie for Bogart. He had fourth billing, below Ross Alexander. Yeah, THE Ross Alexander. I’m sure you can see my eye roll. It was one of five films he appeared in in 1936, and there would be another seven the following year. Hr continually worked hard to try and make it in Hollywood. I could respect that.

O’Brien was a star at Warners, and Bogart supported him in three straight releases. They would then appear together in the classic, Dead End.

Bogart’s determination to do any job well was something I practiced as a detective. Maybe I should take up smoking again.