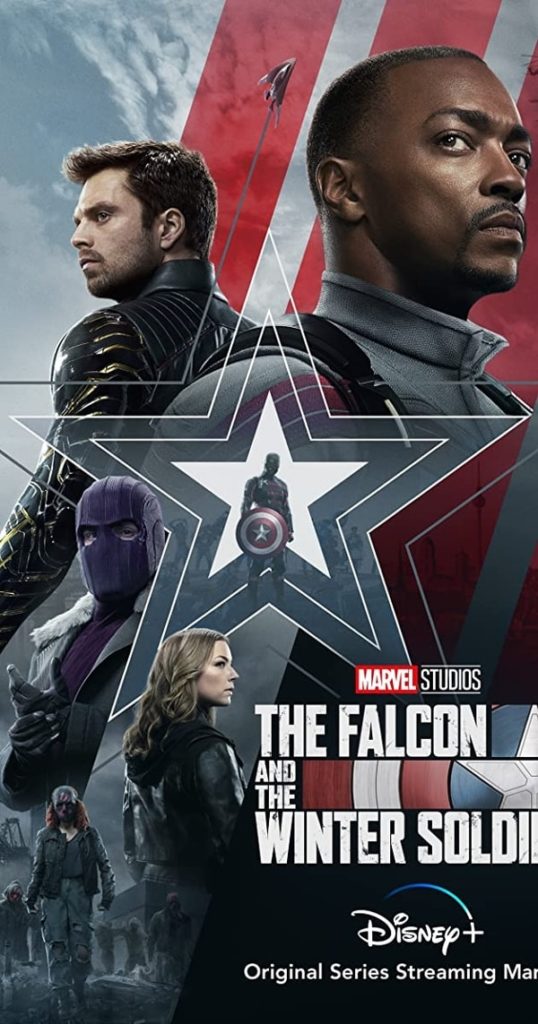 Not initially though! The series opened with a classic action sequence that could have been inserted into any of the movies and no one would have noticed. My son was excited, but I tuned out. I knew there were no stakes and that this scene was only here to show us what Sam Wilson can do as the Falcon. 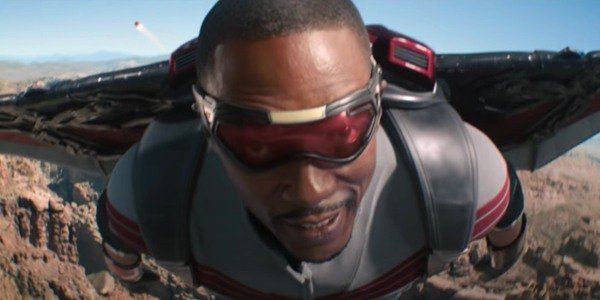 The story actually began once the explosions stopped. We meet Sam for real, and his sister and family and their travails, especially financial. Not in a Spider-Man sense in that Peter Parker never has enough money to buy Aunt May medicine. Sam Wilson’s family’s financial troubles and the way they manifest are partly through a racial lens. Good science fiction doesn’t tell us about who we’ll be in the future, but who we are now, and this element of race, not the first, adds a welcome layer of weight and complexity. 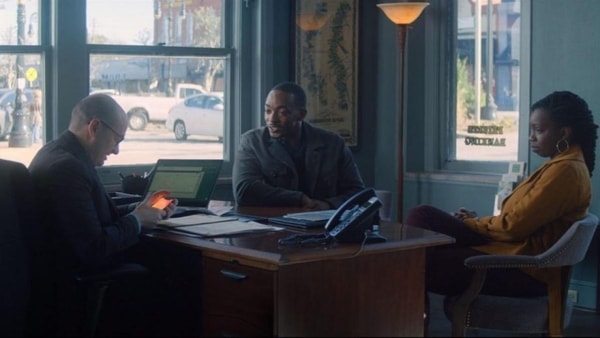 And Sam Wilson in the comics has always carried that weight, especially with fan reactions when he became Captain America about a decade ago. Poigantly, Sam can be an Avenger, can save the universe, but can’t get a loan. And in episode two, another character, far more tragic, takes some of the weight of the black American story. 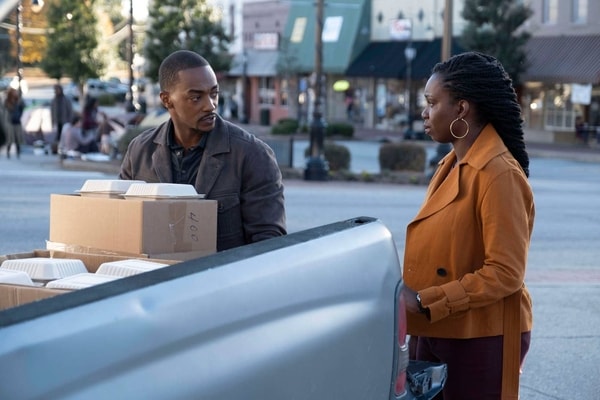 The story begins with Sam giving the Captain America shield to a museum, discovering that there are a bunch of people running around with super-soldier serum in their bodies, and that he needs to work with Bucky to honor Steve Rogers’ legacy. 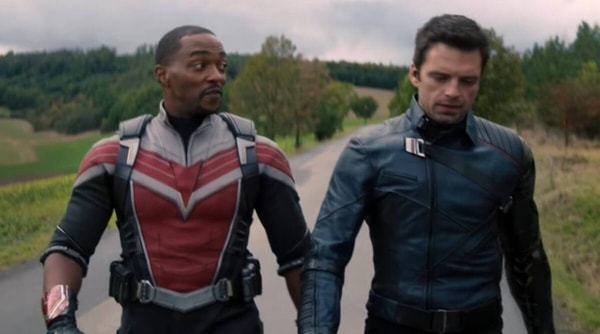 They are not natural friends. They are bonded by the memory and legacy of a man and legend who is now gone. Sam and Bucky are a bit like two younger siblings, the family left over with the death of the eldest brother. Their conflict is more than just Odd Couple stuff, as we find out in episode two. 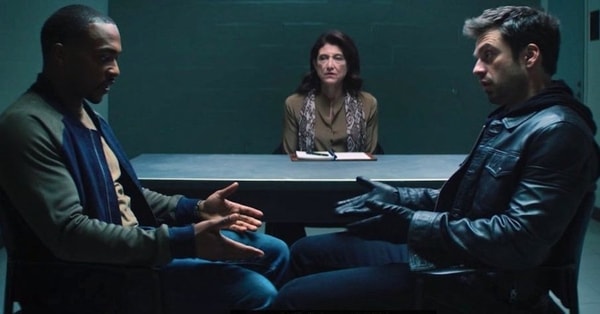 I really love that Bucky has to go to court-mandated therapy and that Sam has to participate at one point (even though it makes no sense from a professional point of view). Bucky’s therapy and his redemption arc are one of the big draws of the show for me. They’re a source of depth and humour.

After these first two episodes, I can say that if you’re looking for capes and cowls, every episode has some, unlike WandaVision. And if you’re looking for more character depth than the Avengers movies, the show has that too. We’re really only dealing with two characters (so far) and we have 8-10 hours per season to get to know them in ways that movies don’t have the space for.

Check it out. It’s a lot of fun. I gave myself an out to bail on my son if I didn’t like it, but I’m enjoying it and will keep watching.