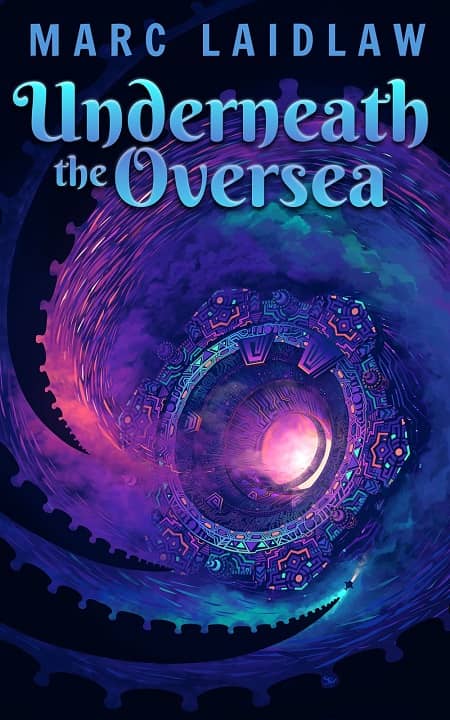 Marc Laidlaw has been publishing SF and Fantasy for over 40 years (his first story appeared when he was only 17!) His first novel appeared in 1985 (Dad’s Nuke), and by 1996 he had published a half-dozen. Then he turned to game design, especially with Half-Life, but his short fiction has continued to appear since then. Most notable, perhaps, have been two series of stories: a rather mathematically gonzo set of novelettes about two surfers named Delbert and Zeb (co-written with Rudy Rucker), and a set of fantasies concerning the bard Gorlen and a living gargoyle named Spar, who are linked in a quest to find the magician who switched their hands, so that Gorlen has a stone hand and Spar a living hand.

These last stories, all published in F&SF, were great fun, template stories of a sort but with a through plot. By the end both characters were married … or perhaps its better to say that they made a conjoined family: Gorlen wedded to another bard, Plenth; and Spar to Sprit, a singing tree, or Songwood, but all composing one family.

Now Laidlaw has continued the story of Gorlen, Spar, Plenth, Sprit, and their conjoined family in a novel, Underneath the Oversea. Plenth, after a VERY long pregnancy, gave birth to a girl, Aiku, who is mysteriously also Spar’s daughter, and part gargoyle herself (noticeable particularly in her stone eye.) And Sprint has children too, a grove of songwood saplings. The whole crew lives idyllically on a headland above the sea. Aiku is six as the action opens. She notices an unusual flock of cleric birds, and that all the letters they bring are black, except for one with the word: Mazmere. The motile parents head to the local village hoping for news, and soon they get more direct news than they could have imagined: the entire ocean lifts, intact, into the sky. They rush home to find Aiku and Sprit… and once there they realize the “headland” on which they had lived was a literal head, and the creature whose head it was has walked away, over the now revealed surface of the ocean, carrying Sprit and Aiku and her songwood siblings with it.

The rest of the novel follows several groups. Aiku remains on the now mobile creature they’d been living on, which they learn is one of nine Guardians of the sea, charged with investigating and hopefully stopping whatever has happened to the ocean. Spar and Plenth and Gorlen naturally follow the rest of their family, having convinced a “mudship” to take them. And we do learn who is responsible for the raising of the ocean: a wizard named Mazmere Cazendell, and we follow his efforts to use the power of the Council of Wizards he has tricked and trapped to help him overcome the expected resistance of the Guardians and free a Fireslake, which he trusts will give him unlimited magical power.

This is all really a delight. The plot, of course, is not the major virtue of the book – there is plenty of incident, all of it involving, but the outlines of things, and the outcome, are just as we expect. But everywhere there are wonders – the imagination of the author is a marvel. I have not yet mentioned, for example, my favorite character, Sir Pet, a tattered toy bird her parents have got for Aiku, who comes magically to life, and reveals himself as a hero. There is Mazmere’s sinister and rather petty back story. There is the home of the Fireslake, and the nature and characters of the various Guardians. There is the life imprisoned in the floating ocean. Aiku’s own unexpected fate. A whole set of whimsically magical creatures, all natural parts of this magical world. The novel remains at the same time light-hearted and quite serious – the stakes are high, there is much danger and some loss; but also there is comedy, and sweetness, and love. I was enchanted the whole way through.

So far Underneath the Oversea is only available as an ebook, or an audiobook, from Amazon or from the author. Here’s a link to his page.

Rich Horton’s last article for us was a review of the poem “Winter Solstice, Camelot Station” by John M. Ford. His website is Strange at Ecbatan. Rich has written over a hundred articles for Black Gate, see them all here.