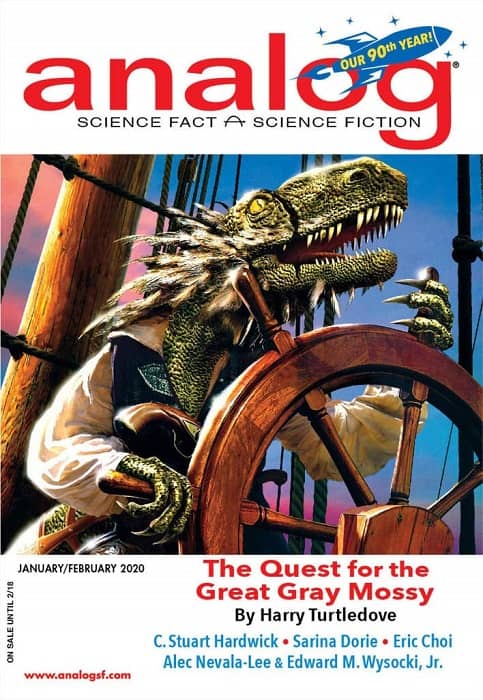 Back in the Before Times, I strolled, maskless and blissful, into Barnes and Noble and bought the Analog Science Fiction, January/February 2020 issue. It is a super-sized double issue with a reprint of a classic story from the 90s. I’ve read it in bits and pieces over the months and one tale stuck out at me — the cover story: “The Quest for the Great Gray Mossy” by Harry Turtledove.

Turtledove mines the classics with an enviable lack of shame in this Moby Dick pastiche. Is it even a pastiche? It is more of an abridged version, but with dinosaurs. Imagine if you had a test due on Moby Dick, but by some outlandish set of coincidences you lacked internet access and couldn’t even get your hands on an old copy of the Cliff Notes — hitting this story the night before would ensure you’d manage the test fine.

Honestly, while there wasn’t anything wrong with the story, it didn’t bring anything new to it, either. I mean, outside of the fact that they are dinosaurs.

Part Two: A Side Quest

Back in the late 70s (talk about the Before Time!) my parents got the Franklin Library 100 Greatest Works of American Literature and the 50 Greatest Works of World Literature. About three years ago my brother and I had to clean my parents’ house, and we looked at those massive shelves of books, each of us actually wanting the 50 because neither of us had room for the 100. Eventually we flipped a coin for it, and I got the 100.

Now they sit in the corner of my office, looking great. In nearly 40 years I think I’ve read two (The Sun Also Rises, because I was interested in some Hemingway, and Up From Slavery for a book report in High School).

Since they have come into my possession I haven’t read any of them. In fact, I’m almost a little intimidated… where does one start? After “Great Grey Mossy” I decided that my first read should be Moby Dick.

Turns out that I don’t have all 100 of the collection, I only have 97. Guess which book is among the missing three? Go on, guess!

Thus began my search for a 40 year-old specialty book. 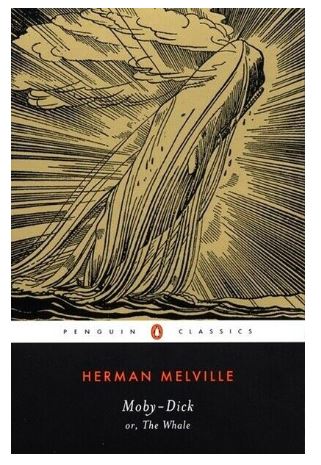 Paperback? Save it for the freshmen, Penguin. 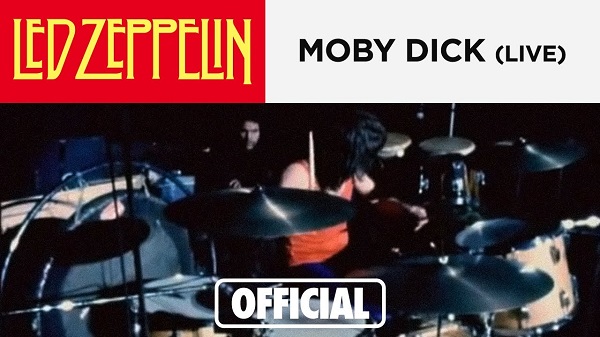 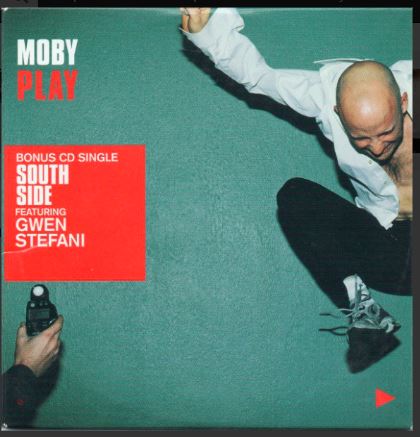 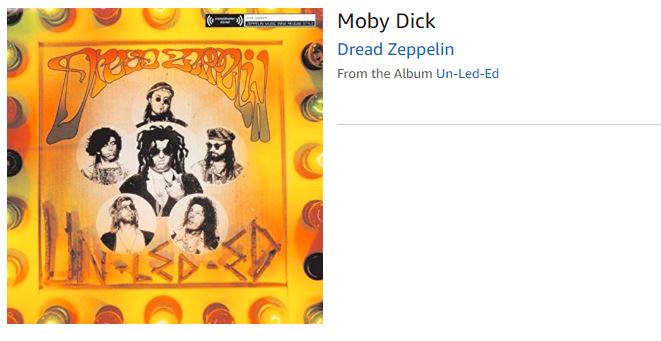 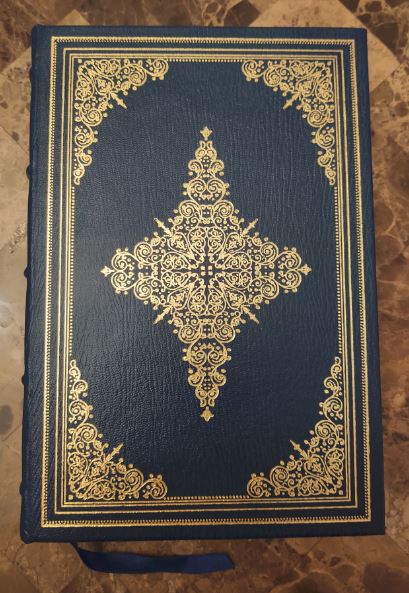 “Close enough,” you might say. Bah! A finwhale is close enough to sperm whale. Yes it is; to a fool! Nay! Nay! Onward.

At this point I went back out into the world, bemasked, perusing old bookshops. Days passed. Weeks, maybe. I became a literary derelict searching for the tale of the White Whale.

I found a really good deal on this one, but passed it over. 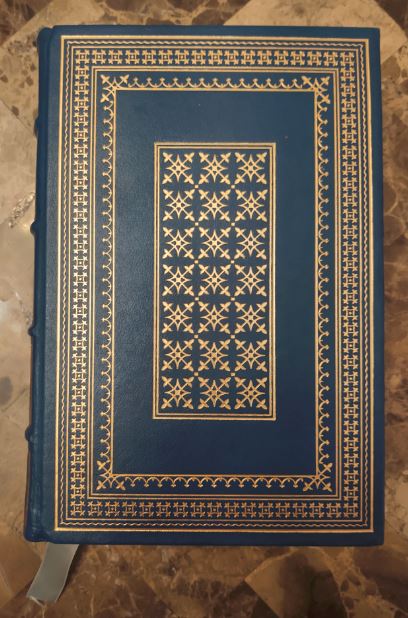 I finally harpooned it on an early bid on eBay

From there, I sounded deep into the Melville’s novel and, as I am wont to do, I found remarkable parallels to, not only the work, but the philosophy of HP Lovecraft.

First thing’s first, I’m not the only person to notice this. John De Laughter, among others, have touched on this topic, however, and I’m not sure how to say this, after a quick survey of the field (and by field, I mean the articles and essays available for free on the Internet), I’m going out a limb and say that I may be the only person in this game who seems to have, well, actually read Moby Dick, which gives me a unique perspective.

Why do I think this? Well, Laughter’s essay kind of devolves into trying to prove that the “White Polypous Thing” in the swamps in “The Call of Cthulhu” is a tip of the hat to the white whale.

While one can tilt one’s head and squint and see a bit of a relation to the thing and the whale, one could have read Moby Dick and noted five, maybe five and half overlaps.

Overlap the First: Not only is the Philistine god Dagon mentioned by name, but so is another half-fish (maybe half-whale) god, a Hindu (or Hindoo) god. Okay, technically an avatar of the god Vishnu: Matsya.

Re: Dagon, In fact, placed before the strict and piercing truth, this whole story will fare like that fish, flesh, and fowl idol of the Philistines, Dagon by name; who being planted before the ark of Israel, his horse’s head and both the palms of his hands fell off from him, and only the stump or fishy part of him remained.

Re: Matsya, The Hindoo whale referred to, occurs in a separate department of the wall, depicting the incarnation of Vishnu in the form of leviathan, learnedly known as the Matse Avatar. But though this sculpture is half man and half whale, so as only to give the tail of the latter, yet that small section of him is all wrong. It looks more like the tapering tail of an anaconda, than the broad palms of the true whale’s majestic flukes. 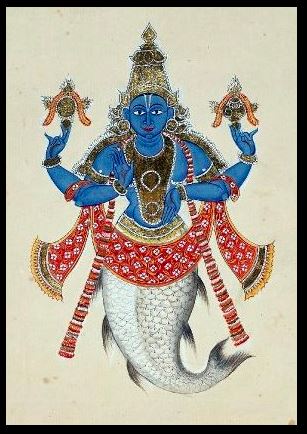 Overlap the Second: Madness runs amok! Almost every one of the whaleships that the Pequod encounters is manned by madmen.

The crew of the Albatross has been at sea so long that the sailors on it barely register the presence of the Pequod.

The Town-Ho’s crew gave into resentment and violence (like four times!)

The Jeroboam’s crew is held in thrall by both a religious maniac and a disease, cursed with a captain unable to control the one and contain the other (oh, Melville, how right you are).

The Virgin is crewed by self-deluded fools who cannot tell a finback from a sperm.

“Oh! Many are the Fin-Backs, and many are the [Captain] Dericks, my friend.”

The Rose Bud has a captain so incompetent that they both try to boil down dead whales, with a crew more experienced, but still so naive they let a carcass containing valuable verdigris go.

The Saumuel Enderby is a merry boat, but that the captain and surgeon are so weirdly jocular as to be not quite in their good sense.

The Bachelor, so laden with wealthy oil, seems to be one huge party.

The Rachel’s captain and crew are so struck by the loss of their crew members that they have given up on the idea of hunting whales altogether as they delve deeper into a fruitless search.

Oh, and the Pequod is in thrall of a madman bent on revenge on a dumb animal and everyone knows they are likely to die in this attempt.

Overlap the Third: People venture out into the south seas and come back a bit mad. See Ahab, above.

Overlap the Fourth: Honestly, Melville is constantly talking about the unsounded secrets of the deep, and the awesome (almost unholy) whales that DO venture to the secret realms beneath the waves.

Overlap the Fifth: Melville has a character exposed to the heartless knowledge of his own insignificance in the face of the ocean, poor young Pip, which is an exact overlap with Lovecraft’s cosmic horror.

The scene, the young free negro crewmember Pip has been drafted into working in one of the whale boats, and he is not good at it, and in the heat of the chase, with a whale churning up the sea and swamping the boat, he jumps into the water. The Second Mate, Stubb, warns him that if he does it again he’ll get left behind. Pip does it again, and Stubb leaves him assuming that the other whaleboats will pick him up. Eventually the Pequod itself finds him, but by then, the fates had turned their back on him:

By the merest chance the ship itself at last rescued him; but from that hour the little negro went about the deck an idiot; such, at least, they said he was. The sea had jeeringly kept his finite body up, but drowned the infinite of his soul. Not drowned entirely, though. Rather carried down alive to wondrous depths, where strange shapes of the unwarped primal world glided to and fro before his passive eyes; and the miser-merman, Wisdom, revealed his hoarded heaps; and among the joyous, heartless, ever-juvenile eternities, Pip saw the multitudinous, God-omnipresent, coral insects, that out of the firmament of waters heaved the colossal orbs. He saw God’s foot upon the treadle of the loom, and spoke it; and therefore his shipmates called him mad. So man’s insanity is heaven’s sense; and wandering from all mortal reason, man comes at last to that celestial thought, which, to reason, is absurd and frantic; and weal or woe, feels then uncompromised, indifferent as his God.

Overlap Five and a Half: There are other parallels, the but one that I will point out is a man named Fedallah, one of Ahab’s hand-picked rowers/harpooners for his personal whaleboat. Melville imbues Fadellah and his folk with an exotic otherness, but Fedallah is something else altogether. Whether he is Ahab’s familiar, or somehow the other way around… he is something that is never explained:

But did you deeply scan him in his more secret confidential hours; when he thought no glance but one was on him; then you would have seen that even as Ahab’s eyes so awed the crew’s, the inscrutable Parsee’s glance awed his; or somehow, at least, in some wild way, at times affected it. Such an added, gliding strangeness began to invest the thin Fedallah now; such ceaseless shudderings shook him; that the men looked dubious at him; half uncertain, as it seemed, whether indeed he were a mortal substance, or else a tremulous shadow cast upon the deck by some unseen being’s body. And that shadow was always hovering there. For not by night, even, had Fedallah ever certainly been known to slumber, or go below. He would stand still for hours: but never sat or leaned; his wan but wondrous eyes did plainly say—We two watchmen never rest.

Dayum! I’m not sure what Fedallah is, but he’s something. I get a weird Nyarlohotep/Wilbur Whately vibe out of him.

And I’m sure Lovecraft did, too.

I thought of that Hollywood pitch approach: ‘It’s like Moby Dick – but with dinosaurs!’

Bob Byrne, I know! I also go the feeling that maybe the reader was supposed to be guessing dinosaur types (plesiosaurs and mosasaurs, mostly). I did like the fact his dinosaur sailors had feathers, that was pretty cool.

Harry Turtledove also did the same trick of using dinosaurs in his retelling of Hemingway’s Running of the Bulls scene in a story for Tor.com

Charles Martel: Hah! Good work if you can get it!