This review is jointly composed by Gabe Dybing and Nick Ozment

Back in 1998 there appeared a book that we bought more than once. We were so excited about it that we were prepared to force it as a gift on anyone who expressed the remotest interest in reading it. The book was The High House, by James Stoddard. It was the most numinous novel we had read since… well, since encountering J.R.R. Tolkien’s The Hobbit and C.S. Lewis’s The Chronicles of Narnia, which was when we were much younger.

What we should clarify is that, chronologically, in terms of years of publication, Stoddard’s The High House was our most notable find composed after the works of those two most esteemed Inklings. We had been publishing Mooreeffoc Magazine: Fiction in the Mythic Tradition, and, while doing so, we were specifying the kind of material we wanted to publish. We ended up using as models works gathered around or before Tolkien’s most notable publications, and many of those productions were printed or reprinted within Lin Carter’s Ballantine Adult Fantasy Series.

And it was precisely this series — or favorite works from this line — that Stoddard channeled into his late-century creation. In short, The High House (and its sequels, The False House and Evenmere) reference (often in a form that today we call “Easter eggs”) those foundational fantasies, while simultaneously synthesizing them into its own original expression deserving of a place on the shelf right in among the beloved volumes it celebrates.

We say the same now for Stoddard’s latest original work (this one not precisely related to The High House “universe”) The Back of the Beyond. The “call outs” to the classic works of mythopoeic literature, in this one, aren’t as pronounced as they are in The High House (though we believe we detected a few). If The High House and its successors might be described as a tribute to or celebration of the masters that came before it (while crafting its own personality and its own expression), The Back of the Beyond sees all of its antecedents dissolved into a fine and rich loam out of which (Tolkien once described the creative process as producing out of “the leaf-mould of the mind”) Stoddard’s current expression rises in full bloom. Stoddard here produces a unique and arresting vision, (hopefully) the beginning of a new fantasy series in conversation with the greats, this time as a full-grown peer, whereas, within the composition of The High House, Stoddard might have been more of a student. 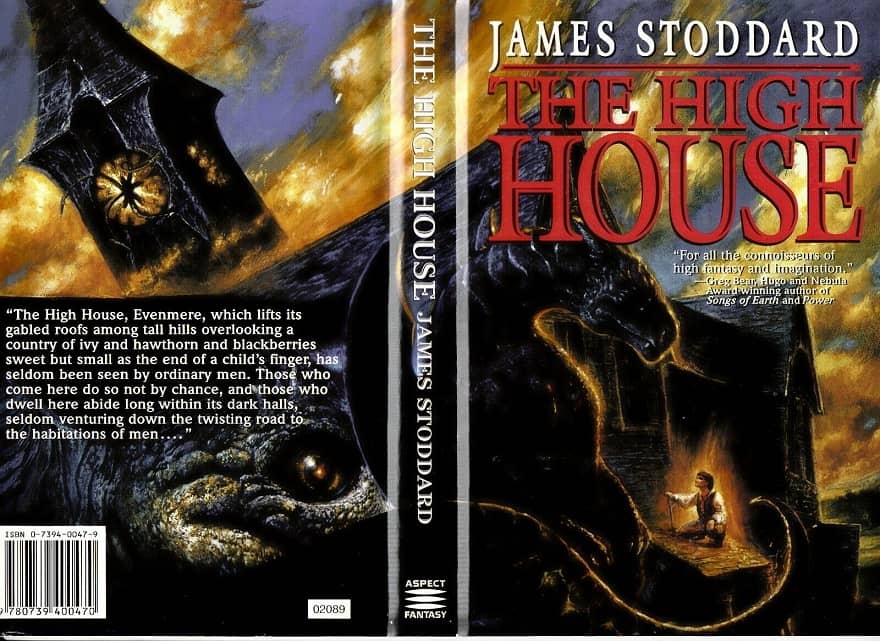 One of Stoddard’s strengths with this one is structure. When we enter the story in media res, we are introduced to characters who have just successfully journeyed and fought and won their way through Faerie. Passing asides are made to terrible battles with manticores and the overcoming of many such dangers — in other words, what might seem like references to a prior book in a series, although there is no such prequel. The narrator of William Goldman’s The Princess Bride memorably tells the reader when he is skipping over “boring parts” and flipping ahead to “the good stuff.” Stoddard intrigues and surprises us right out of the gate by making clear within the narrative that these characters have already just come through “the good stuff,” the sorts of adventures that normally fuel fantasy books like this. Which, of course, immediately raises the stakes: If he skipped over all that to get us here, what’s in store for us?

It turns out to be quite a lot, and in our opinion lives up to the heightened expectations. There is so much to love in this book, passages of pure joy and wonder…the bond that can form between a dog and a human; the way that trees might feel and think, and how other species experience the world. A clash between an army of hummingbirds and evil moths with stingers is one of the most epic battles we’ve encountered in fiction in a long time.

The party of adventurers, all given the briefest of summations at the outset, like the roles of different classes in a D&D adventuring party, soon come to be fleshed-out, dynamic characters. One protagonist’s path is that of the Bildungsroman, as he grows beyond his obsessive puppy love, his first crush, to understand there are greater loyalties and responsibilities. There is the proud, arrogant elf prince who becomes a more complex, conflicted character as he escapes the foreordained role imposed on him in Faerie. The simulacrum who becomes a real woman, and discovers the joys, wonders, pains, and frustrations of life as one newly awoken to it. The resourceful, amoral soldier who schemes through the tale like a character out of Jack Vance. There are characters to fall in love with — one of Stoddard’s great gifts, as evidenced all the way back to his first book. There is much humor, too — we chuckled aloud more than once. 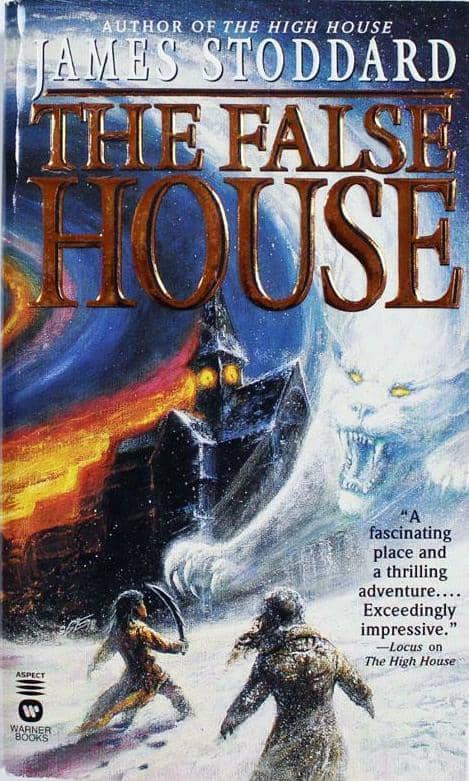 Stoddard’s conceit for this world is one he works out with satisfying internal consistency. This new land adheres to a metaphysic quite different from the “real world” and slightly different from most readers’ conceptions of Faerie. And yet, as should happen with the best of fantasy literature, the reader should at times recognize that the reality presented within this strange realm of the novel isn’t entirely unlike our own—at least this is true in a spiritual sense. Though we detected no overt references to it (again, Stoddard’s craft appears to have developed beyond the use of Easter eggs), much of this conceit reminds us of David Lindsay’s A Voyage to Arcturus, in which the nature of reality changes as Lindsay’s protagonist journeys from geography to geography, and many of Lindsay’s physical and spiritual “laws” have analogues or at least comment on “actual” human nature. In other words, the story that Stoddard explores throughout his invented reality is philosophical and profound. Questions about republics, democracies, monarchies are raised — but not in dry philosophical jawing, rather in bloody life-and-death situations and fantastical scenarios: How much right does a tree have? is a question raised as a tree is actually trying to kill you.

Ride with Gray Darien into a land of wonder, where every animal, every blade of grass, every cup and sword, every tree, insect, and bird has a voice. A dangerous world filled with objects and beings that can reason, where merciless predators can conspire, and every creature has its own agenda. A land where Gray and his companions must learn to rapidly adapt or die.

Thank you for this review! I really enjoyed the Evenmere trilogy, and I’m delighted to hear about a new series. This goes to the top of my TBR pile.